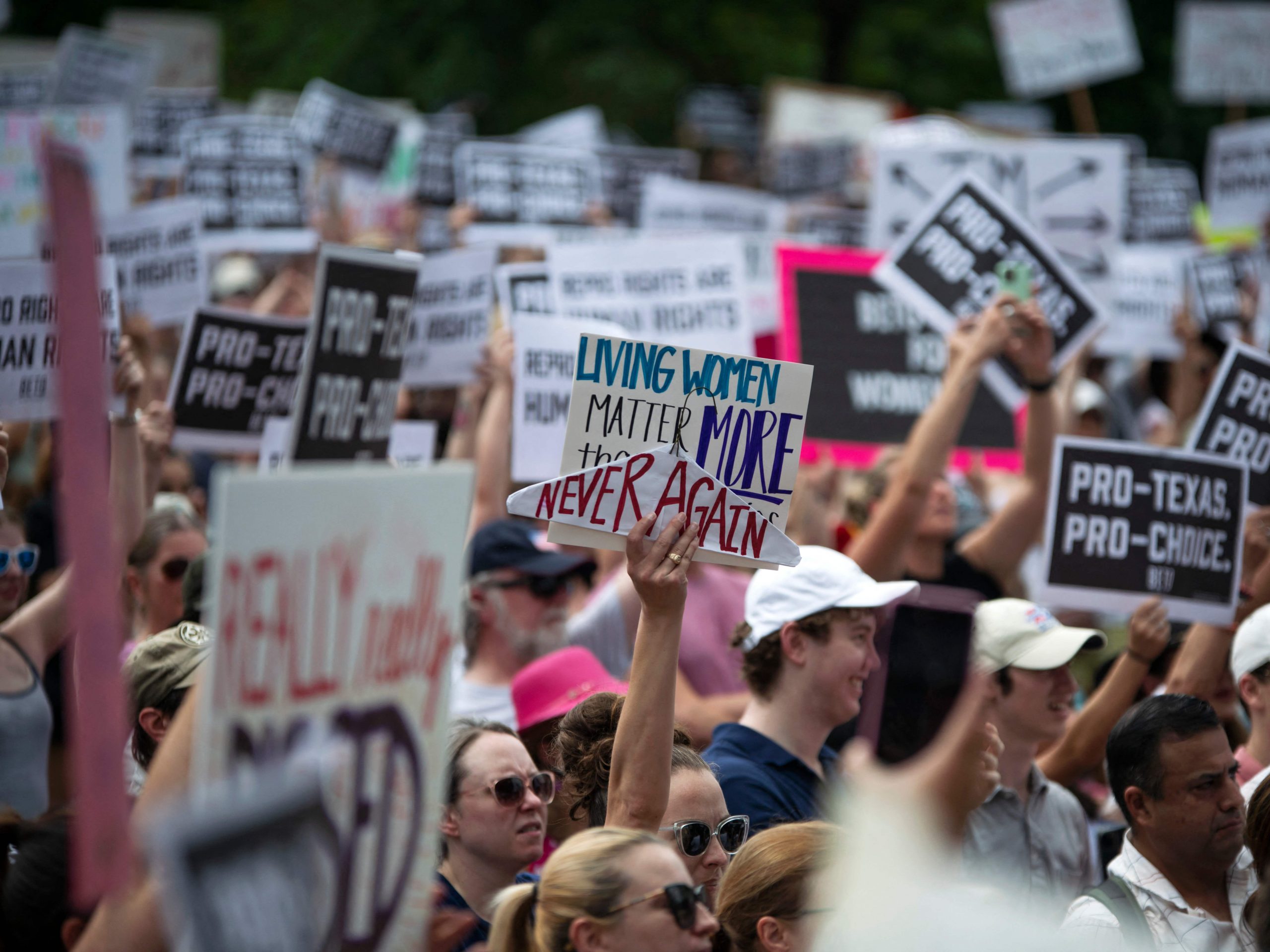 Attendees hold up signs during a Texas Rally for Abortion Rights at Discovery Green in Houston, Texas, on May 7, 2022.

In Texas, as the state has significantly reduced access to abortions and plans to further restrict the procedure later this month, anti-abortion organizations that provide services to women in need say they “aren’t ready” to face an influx of births.

Blue Haven, an anti-abortion organization that provides housing and childcare services for pregnant women in need, is among those facing the strain of a post-Roe world. The Texas nonprofit, founded by Aubrey Schlackman, supports five families and has a dozen more on its waiting list, The New York Times reported.

Among those receiving help from Blue Haven is T., a domestic violence survivor and mother of four who was denied an abortion of her latest pregnancy for being too far along at seven weeks. Blue Haven will support her family of five for up to a year after the birth of T.’s son but, with limited donation-based resources, the organization is forced to turn away other pregnant women in need of support.

“We do want to limit abortions,” Schlackman told NYT. “But we personally weren’t ready to handle an influx, and I know so many of the other nonprofits that we work with aren’t ready for that, either.”

Blue Haven did not respond to Insider’s request for comment.

Though T. described Blue Haven as a “lifeline” for her family, she worries about what they will do when she has to leave the program next year and told NYT she has a message for the Texas legislature:

“You don’t know what is best for any family, you didn’t protect me or my kids. I protect my kids. Only a mom can know what is best for herself and her family,” T. said. “And if you’re going to force women to have all of these babies that they are not equipped to have, then you need to provide support for women and their children after the babies are born.”