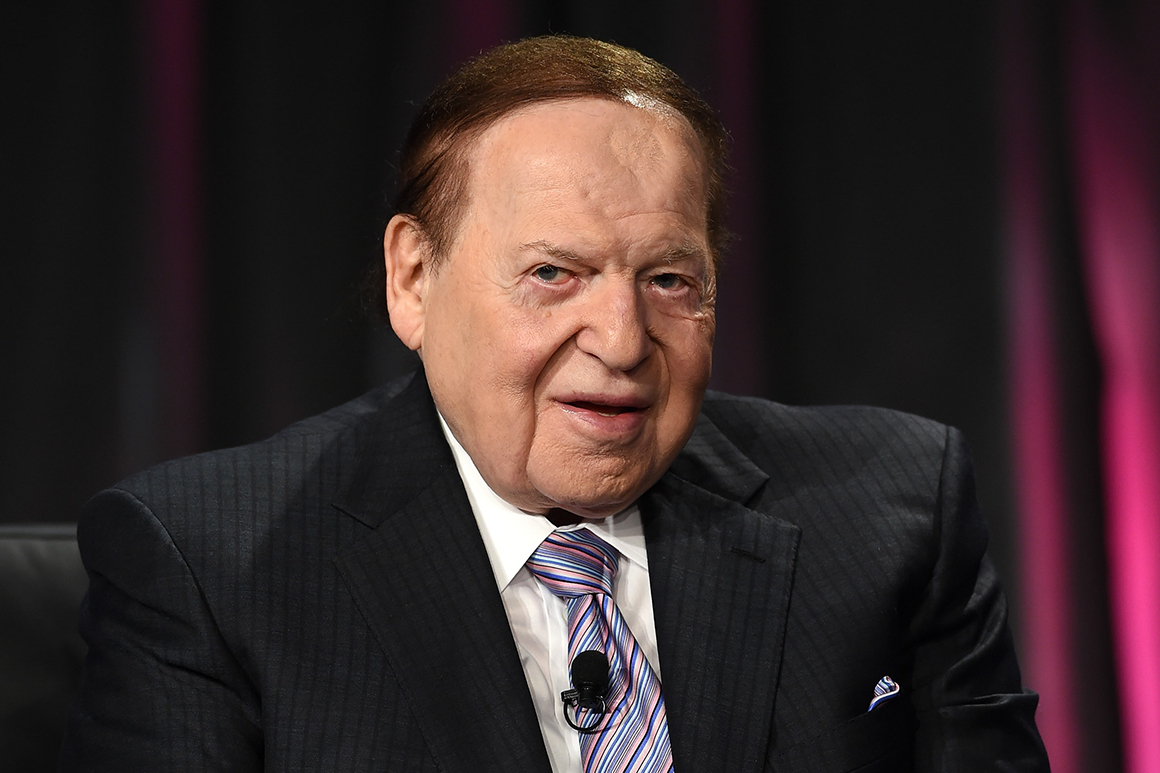 In these pages and much of the rest of the media, Sheldon Adelson — an up-by-his-bootstraps casino magnate who reinvented Las Vegas and the world of gambling across Asia — made headlines largely for giving hundreds of millions of dollars to Republican political candidates.

That’s true enough. But it misses the singular intensity of Adelson’s giving, which was focused on the U.S.-Israel relationship and Jewish causes more broadly. That focus, combined with the scale of his generosity, suggests Adelson, who died in January at 87, belongs in the pantheon of great Jewish philanthropists like the Rothschilds and the Montefiores — and, indeed, among the great American philanthropists like Andrew Carnegie, John D. Rockefeller and Andrew Mellon.

Adelson’s wealth got him access to the halls of power. But he didn’t use that access to angle for invitations to state dinners or cocktail parties, or to press strongly for tax breaks or business advantages. He cared about few political issues save the U.S.-Israel relationship, using his money and influence to prod for the changes he wanted to see, almost all of them aimed at strengthening the alliance and protecting the Jewish people. In fact, Adelson, who was pro-choice and socially liberal, routinely supported pro-Israel Republican candidates whose views on social issues were at odds with his own.

“There are many people who are big donors, and what they seek is access. What Sheldon was actually seeking was to make a difference. What he was seeking was change,” says Ron Dermer, the former Israeli ambassador to the United States. “Access was a means to an end, and the end was to do things that were critical to Israel and the U.S.”

Chief among those changes was the relocation of the American embassy in Israel from Tel Aviv to Jerusalem, which both Israelis and Palestinians claim as their capital — a move that successive presidential candidates from both parties had promised but never delivered. In 2008, the New Yorker’s Connie Bruck described a scene in which Adelson and his wife, the Israeli-born Miriam, gave President George W. Bush grief over then-Secretary of State Condoleezza Rice’s efforts to restart the Israeli-Palestinian peace process. “I can’t be more Catholic than the Pope,” Bush said, referring to Israeli Prime Minister Ehud Olmert’s support for that process

Adelson had no such compunction, and the relocation of the American embassy to Jerusalem in 2018, according to several people directly involved in the decision, would not have happened without his voice — loud, trenchant and unyielding. A longtime acquaintance of Donald Trump’s, Adelson was not an early supporter, but he used his access to the president to make his case, and particularly to swat down the argument that the embassy move would set the region ablaze. When, in May 2017, Trump signed a six-month waiver keeping the U.S. consulate in Tel Aviv, the tongue-lashing he reportedly received from Adelson was part of the reason there was no second waiver: The following year, Trump announced the opening of the American embassy in Jerusalem. Adelson snatched up what was once the U.S. consulate in Tel Aviv in order to cement the move.

Over the years, Adelson played an integral role in the transformation of the GOP into a solidly pro-Israel party, including through his support for the Republican Jewish Coalition, which, among other things, bankrolls trips to Israel for Republican politicians. Adelson wasn’t the cause of the GOP’s embrace of Israel, but he was there with open arms, and an open checkbook, to help accelerate it. He “caught a good wave in terms of timing,” says RJC President Matt Brooks. “While all of these things were pushing in the direction of a strongly pro-Israel Republican Party, they met Sheldon, who was there to underwrite the trend.”

The son of a cab driver who was raised in a one-room apartment in Boston and subjected to vicious antisemitic bullying as a child, Adelson never forgot his Jewish roots even as he went from millionaire to multimillionaire, billionaire to multibillionaire. He arrived in Israel for the first time in 1988, wearing the shoes of his father, who never had the chance to visit the Jewish State, and, over time, he seemed to grow closer and closer to the Jewish people.

Adelson’s giving to Jewish causes was legion and extended far beyond politics: hundreds of millions of dollars to Birthright Israel, which underwrites trips to Israel for American Jews, tens of millions to Yad Vashem, the Israeli memorial to Holocaust victims, as well as to several Jewish educational causes. For many of these organizations, Adelson wasn’t just a donor, but the largest donor and a guiding light who left an imprint on the institutions.

His philanthropy also extended beyond Jewish causes; having lost a child to addiction, he and his wife, a physician, bankrolled a medical research foundation.

Still, each gift was animated by a Jewish spirit. The medieval Jewish philosopher Maimonides outlined eight levels of charitable giving, the most noble of which is giving to a person before he becomes impoverished to prevent dependency on others. So, it is notable that Adelson was adamant in his refusal to lay off or furlough a single one of his 55,000 employees when the coronavirus shut down Las Vegas in the spring of 2020. That included compensating those reliant on tips for their lost earnings.

May his memory be a blessing.