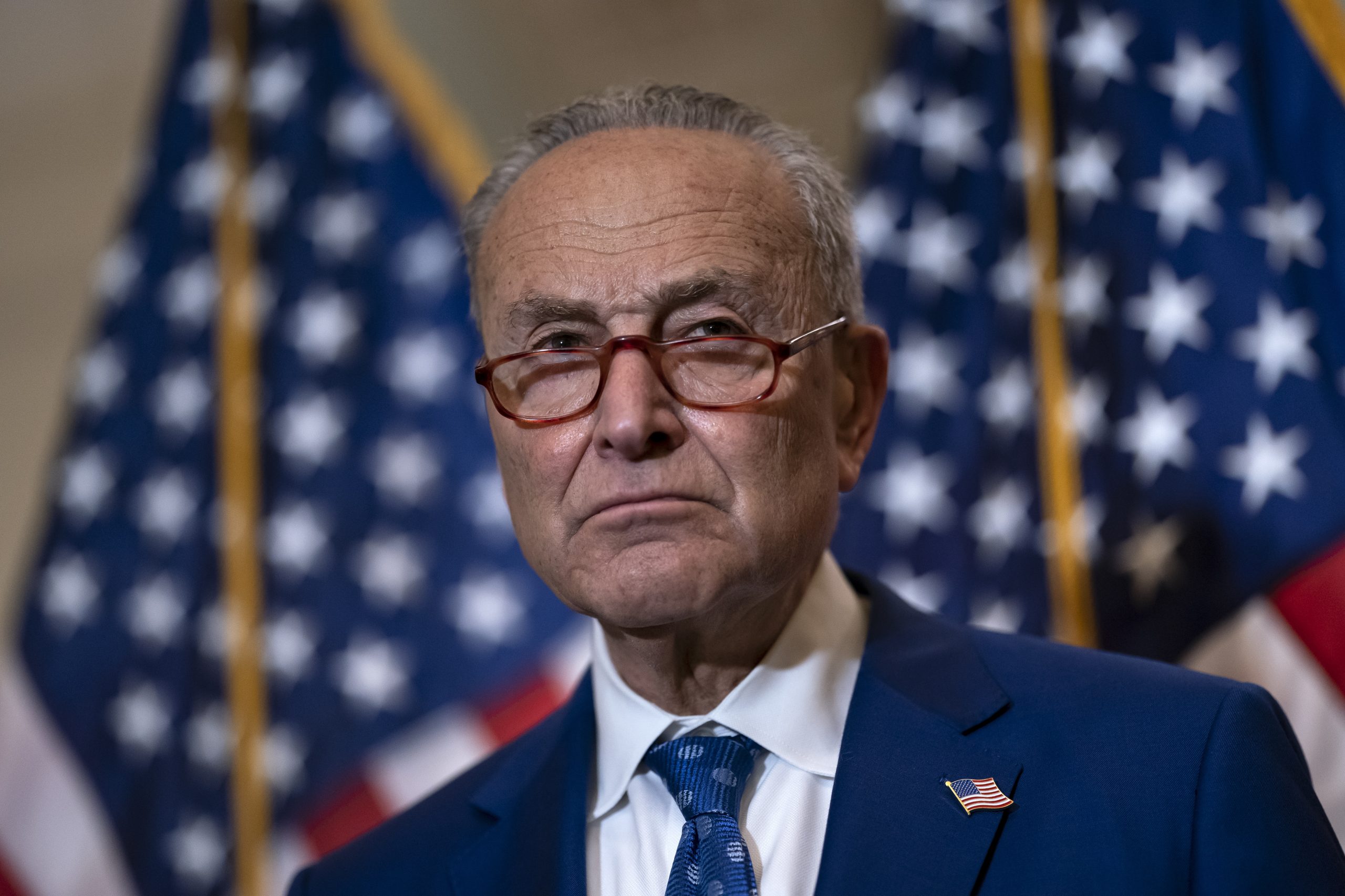 Senate Majority Leader Chuck Schumer tested positive for Covid and will be working remotely this week, according to his spokesperson.

“The Leader is fully vaccinated and double boosted, and has very mild symptoms,” Justin Goodman, Schumer’s spokesperson, said in a statement Sunday evening. “Consistent with the CDC guidance, Leader Schumer will quarantine this week and work remotely.”

Schumer’s Covid diagnosis comes as the Senate is set to return Monday from a two-week recess. Schumer’s absence, combined with the uncertain return of Sen. Patrick Leahy (D-Vt.), who is recovering from hip replacement surgery, leaves the Democratic caucus with two expected absences in the evenly divided Senate.

The Senate is scheduled this week to take up the nominations of Ashish Vazirani to become deputy under secretary of defense; Steve Dettelbach to become director of the Bureau of Alcohol, Tobacco, Firearms and Explosives; and Michael Barr for the Federal Reserve’s top job overseeing banks. Vazirani and Barr both received Republican support in committee and Dettelbach has backing from GOP Sens. Rob Portman of Ohio and Susan Collins of Maine, suggesting those nominations could remain on track despite Schumer and Leahy’s absences.

Senate Democrats are expected to spend much of this month trying to finalize a deal on the party’s signature spending bill. The negotiations for that legislation are primarily between Schumer and Sen. Joe Manchin (D-W.Va.). Over the recess, Senate Democrats submitted legislative text for a prescription drug pricing reform deal to the Senate parliamentarian for review.

But other parts of the package, including its energy and tax provisions, have yet to be finalized. Schumer told his caucus recently that if he and Manchin come to a deal, the legislation could come to the floor as soon as this month.

“Anyone who knows Leader Schumer knows that even if he’s not physically in the Capitol, through virtual meetings and his trademark flip phone he will continue with his robust schedule and remain in near constant contact with his colleagues,” Goodman said.