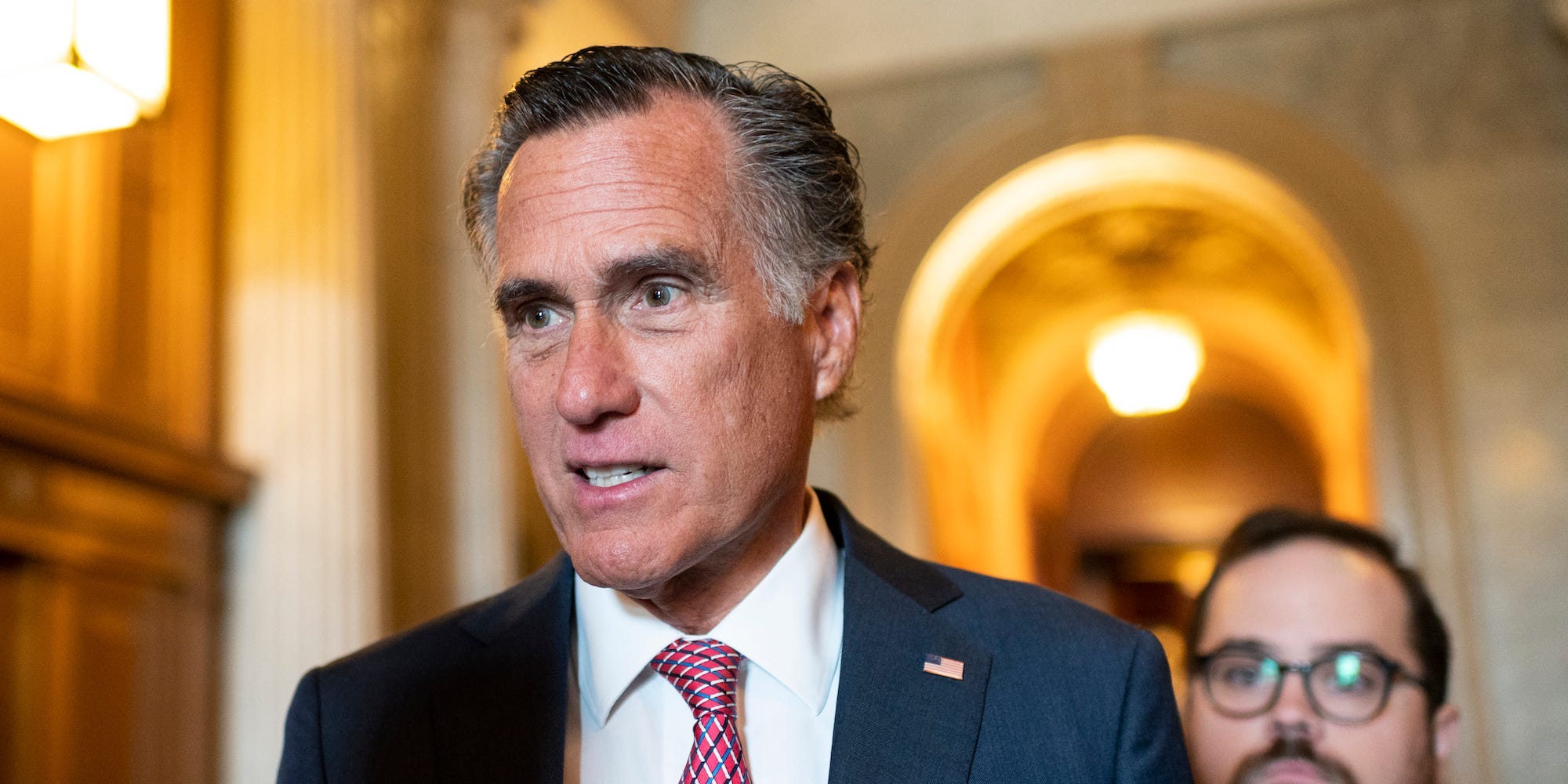 Republican Sen. Mitt Romney of Utah outside the Senate chamber on December 7, 2021.

Romney, the party’s 2012 presidential nominee and the uncle of current RNC Chairwoman Ronna Romney McDaniel, said the decision would deprive the American people of the opportunity to hear candidates “duke it out.”

“Well, that would be nuts,” Romney told Insider at the Capitol on Thursday. “The American people want to see candidates for president debating issues of consequence to them, and it provides a service to the country and to the people, to hear the prospective candidates of the two major parties duke it out.”

The New York Times first reported on Thursday that the RNC is preparing to amend its rules, and Insider obtained a letter from the party to the commission’s co-chairs, Frank Fahrenkopf and Kenneth Wollack. The RNC is concerned about the timing of the 2024 presidential debates, changes to debate procedures without prior notification to the parties, the selection of debate moderators who may represent an alleged conflict of interest, and failure to maintain nonpartisanship among the commission’s board members, McDaniel wrote in the letter.

Romney also told Insider he wasn’t familar with concerns that the commission isn’t fair to Republicans.

The nonpartisan debate commission has existed since 1987 and has sponsored presidential debates dating back to 1988. But Republicans have more recently argued that the commission is biased towards Democrats.

The change hasn’t taken effect yet, but an RNC pullout could lead to campaigns directly engaging with eachother to set up debates or no debates at all, The Times reported.

McDaniel offered a list of proposals, including holding one presidential debate before early voting begins, implementing a code of conduct for the commission’s members and staff, and establishing criteria for selecting debate moderators.

“The RNC has a duty to ensure that its future presidential nominees have the opportunity to debate their opponents on a level playing field,” McDaniel wrote. “So long as the CPD appears intent on stonewalling the meaningful reforms necessary to restore its credibility with the Republican Party as a fair and nonpartisan actor, the RNC will take every step to ensure that future Republican presidential nominees are given that opportunity elsewhere.”

She added, “Accordingly, the RNC will initiate the process of amending the Rules of the Republican Party at our upcoming Winter Meeting to prohibit future Republican nominees from participating in CPD-sponsored debates.”

The suggested change, which would require future candidates to sign a pledge not to participate in the debates, will be voted on at the RNC’s meeting in Utah in February, per The Times.