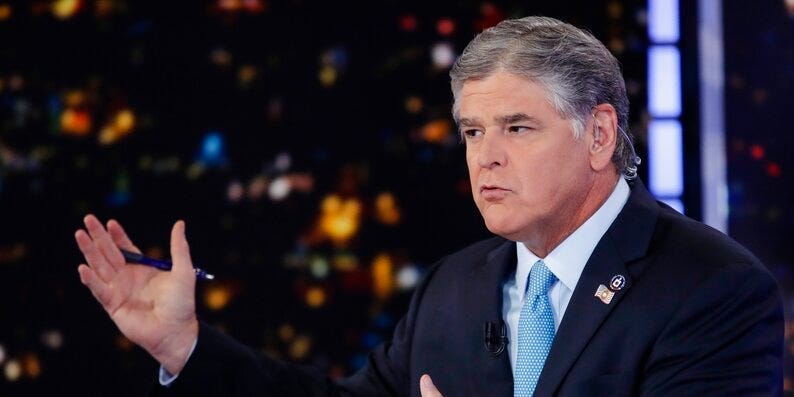 Fox News host Sean Hannity was “very worried” about what would unfold in Washington on January 6, according to newly released texts he sent a day before the Capitol riot.

The House select committee probing the January 6 attack on the Capitol building described texts sent by Hannity in a letter on Tuesday asking for Hannity’s cooperation with their investigation.

The letter stated that on the evening of January 5, Hannity “sent and received a stream of texts” including one in which he said he was “very worried about the next 48 hours.”

The committee did not specify who he had the text exchange with, although it said many of his messages had been sent to Mark Meadows, Trump’s former White House chief of staff.

The letter said that the texts it had obtained showed that Hannity had “advance knowledge regarding President Trump’s and his legal team’s planning for January 6.”

“It also appears that you were expressing concerns and providing advice to the President and certain White House staff regarding that planning,” the letter said.

In his texts to Mark Meadows, Hannity appeared further to demonstrate his concern about planning by Trump and his aides for January 6, Insider’s Matthew Loh reported.

“I do NOT see January 6 happening the way he is being told,” Hannity said. He suggested that Trump instead move to Florida, lead efforts to “reform voter integrity,” and “watch Joe [Biden] mess up daily.”

The committee last month released other texts from Hannity to Meadows sent after the riot had begun, Insider’s Oma Seddiq and Jake Lahut reported.

“Can he make a statement? Ask people to leave the Capitol,” Hannity texted Meadows as the violence unfolded.

Hannity’s attorney Jay Sekulow told CNN: “We are reviewing the committee’s letter and will respond as appropriate.”