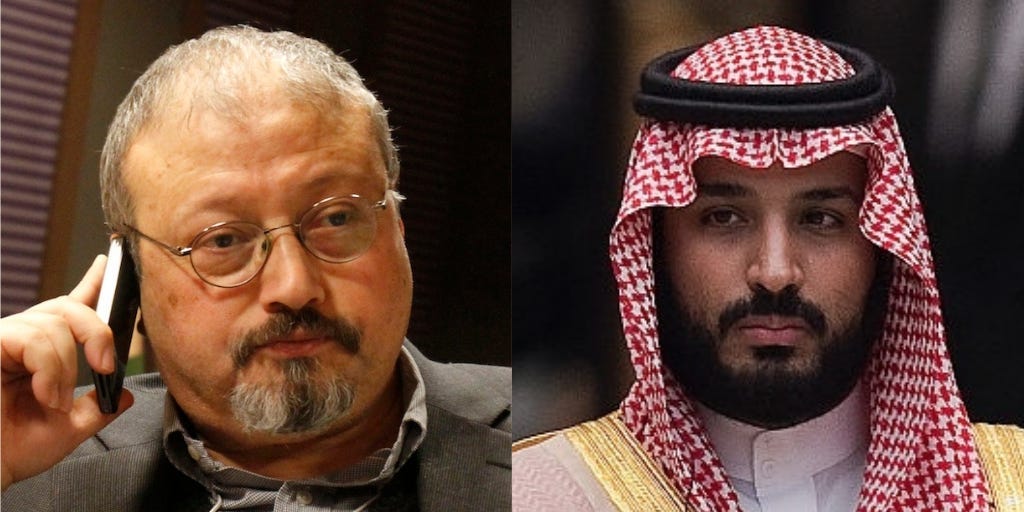 Erdogan said he plans to visit Saudi Arabia next month after bin Salman reportedly invited him. The move is an effort to overcome tensions between the two nations that were further strained after Khashoggi was killed in a Saudi consulate in Istanbul in 2018.

Khashoggi entered the consulate on October 2, 2018, to pick up marital documents needed to marry his Turkish fiancée, Hatice Cengiz, but never came out.

Turkish officials have alleged that Khashoggi was killed inside the consulate and that his body was dismembered with a bone saw. Officials from the US and the United Nations have also corroborated these allegations. His remains have yet to be found.

A Turkish court is trying 26 Saudi nationals connected with the murder in absentia, with the next trial date set for July 8, Insider’s Azmi Haroun previously reported.

Saudia Arabia, on the other hand, put 11 people on trial for what they said was a “rogue operation” in Khashoggi’s killing. In December 2019, the Riyadh Criminal Court sentenced five of them to death. Three others were given prison sentences.

However, multiple members of the hit squad that killed Khashoggi are believed to be living in luxury villas in a government-run Saudi security compound, The Guardian reported last week.

The Journal reported that Saudi Arabia has not confirmed the meeting between the Saudi crown prince and Erdogan but people familiar with the efforts have told the outlet that the two leaders have been trying to meet for weeks.

While bin Salman’s goal may be to ease the diplomatic issues and narrative following Khashoggi’s killing, Erdogan may be moving forward with the meeting for economic support to help with Turkey’s currency crisis, the Journal reported.