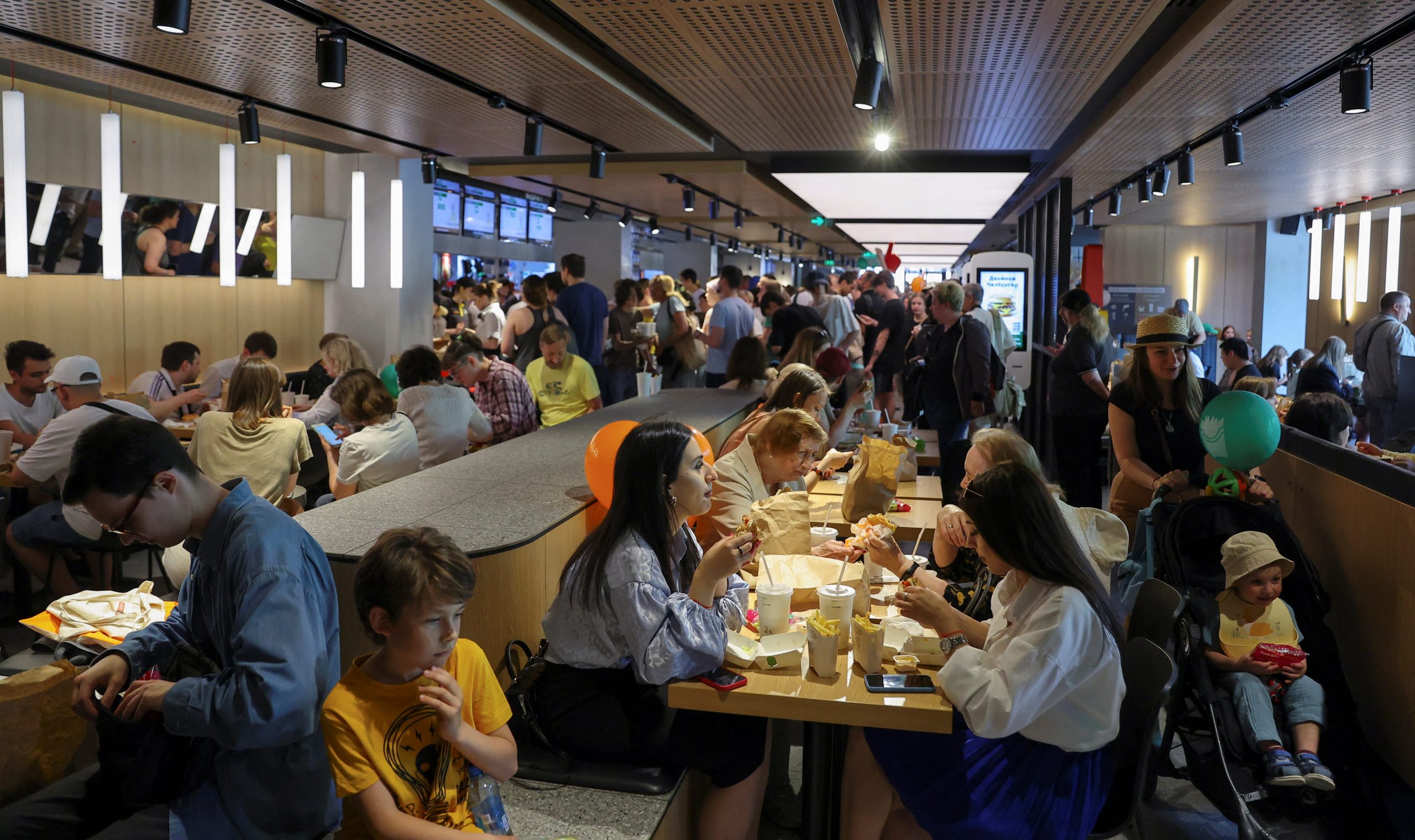 The rebranded McDonald’s in Russia has banned customers from taking photos or filming without permission in one of its restaurants, according to a photo published by a Russian news outlet and reported by The Moscow Times.

The photo appears to show a list of rules that diners must abide by at one restaurant in Moscow, including not charging their phones, using roller skates, and using obscene language.

Russian outlet Podyom reported that the list was on display in the restaurant for customers to see.

A spokesperson for Vkusno & Tochka, or “Tasty and that’s it”, told Podyom they were the company’s internal rules and that the restrictions on photos related to safety and to prevent other diners from being photographed.

“Of course, we won’t prohibit people to take photos or videos at the table, but if other visitors complain, we can take measures in accordance with the rules,” the spokesperson told Podyom, per a translation by The Moscow Times.

The chain didn’t immediately respond to Insider’s request for comment on whether the rules were in place at every Vkusno & Tochka outlet.

It’s unclear when the list of rules was published, but Podyom’s report comes just days after claims emerged that the chain served diners moldy burger buns and expired sauce. It has also stopped selling fries, which Vkusno & Tochka blamed on a potato shortage.

Alexander Govor bought the majority of Russia’s McDonald’s outlets after the burger giant abandoned the country following its invasion of Ukraine, 32 years after it first came to Russia.

The restaurants began reopening on June 12 with a new menu, logo, and name. Despite no longer selling iconic McDonald’s menu items such as the Big Mac, Filet-O-Fish, and McFlurry, its CEO has said that the chain sold a record 120,000 burgers on its opening day at the flagship Moscow store.