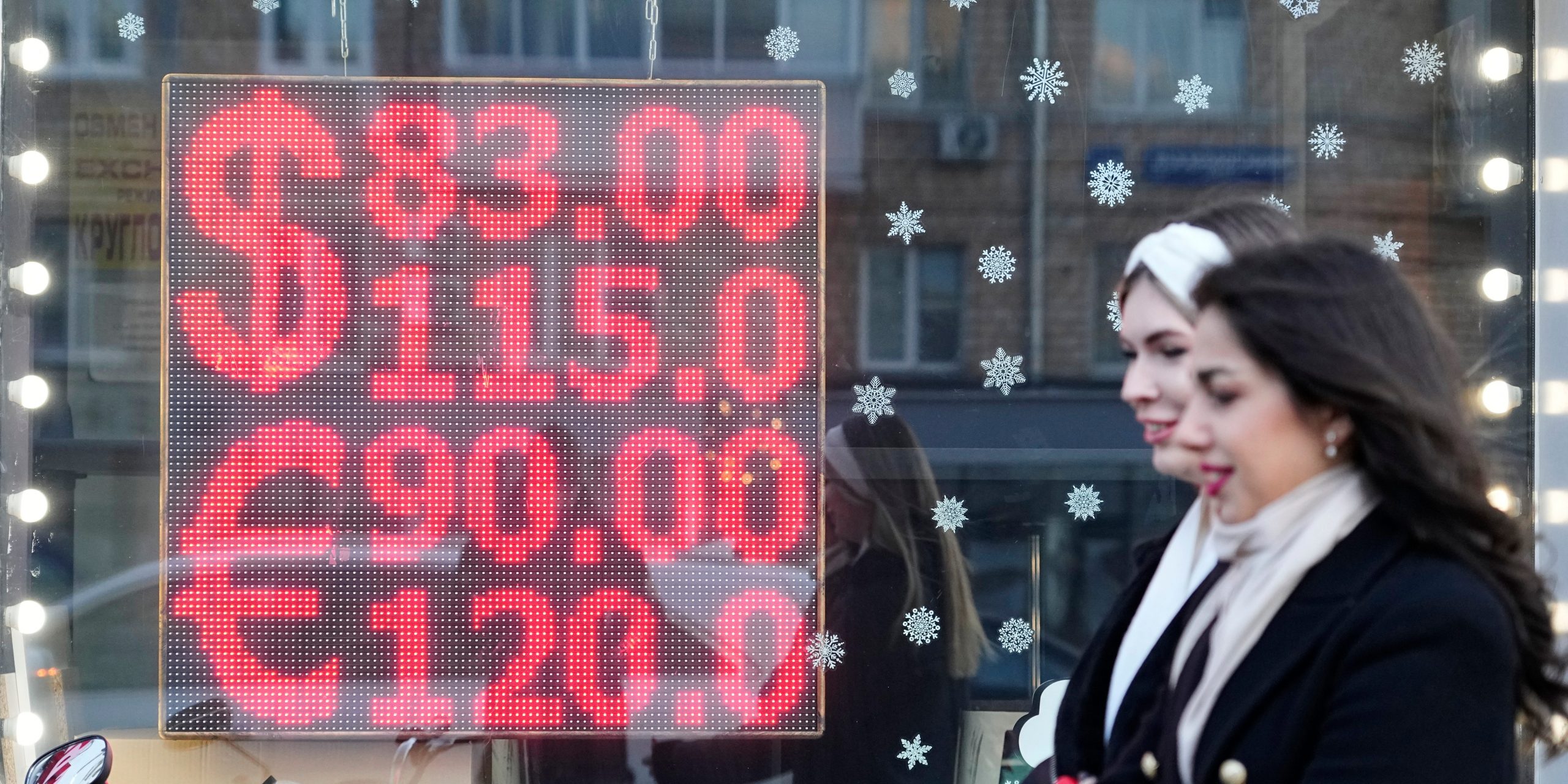 The Russian Ruble plummeted in value after the country’s invasion of Ukraine before bouncing back in April.

Moscow’s finance minister Anton Siulanov told a conference on Wednesday that watering down Russia’s native currency could be achieved “through cross-rates with the dollar and the euro.” The ruble has soared to seven-year highs thanks in large part to the Russian central bank’s action limiting currency outflows and raising interest rates sharply after the invasion of Ukraine.

The ruble fell in the immediate aftermath as the Kremlin expected steep sanctions from the west, only to rebound to become one of the world’s strongest performing currencies.

But the ruble is perhaps now too strong compared to the dollar and the euro, and Russia is now earning less from those currencies given the strengthened exchange rate. Siulanov said the Kremlin is prepared to increase its foreign currency reserves to bring the ruble back down, and also said that the central bank agreed to such a measure.

Siluanov didn’t specify to the conference how the plan would work, while the ruble weakened following the comments. Elvira Nabiullina, Russia’s central bank chief, told the same conference that she and the RCB were ready to take part.

Russia sought to reign in the country’s cash following the February 24 invasion of Ukraine to protect the ruble from outside shocks. The central bank has since lowered interest rates down to 11% from a high of 20%.