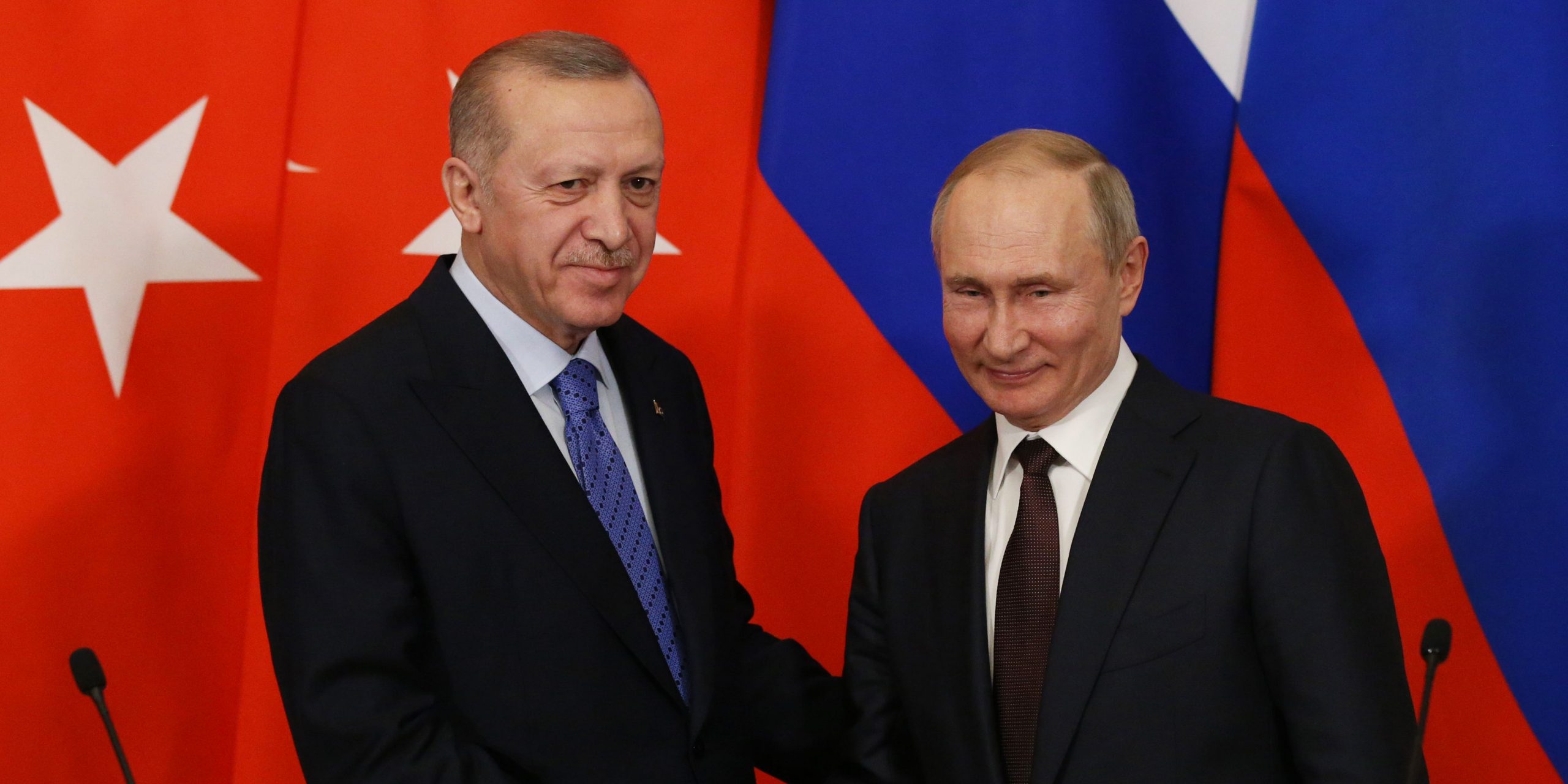 Russia is looking for more ways to distance itself from the US dollar as it eyes new trade deals with Turkey and Iran using local currencies.

President Vladimir Putin traveled to Tehran on Tuesday to meet with the leaders of each nation, and Turkish President Recep Tayyip Erdogan was planning to discuss a Russian energy deal priced in currencies other than the dollar, sources told Bloomberg.

Per the report, Turkish officials said the two countries are in talks for a trade agreement using lira, which would help Turkey slow the decline of its sovereign reserves as well as help Moscow insulate itself from the impact of Western sanctions.

Under the proposed deal, Turkey would be able to pay in liras for energy imports, which could then be used by Moscow to make purchases from Turkish sellers. The report noted that rubles would be part of any arrangement between the two nations.

Last year, Russia was responsible for a quarter of Turkey’s crude imports, and about 45% of its natural gas. Bloomberg data shows Turkey’s exports to Russia reached $6.5 billion last year, while its imports topped $29 billion.

Russia’s search for trade deals in alternative currencies signals Moscow is increasingly distancing itself from the dollar, which is usually the primary international trade currency.

Meanwhile, Russia is looking to trade oil with India using the local currency of the United Arab Emirates. An invoice reviewed by Reuters showed an Indian refiner was asked to pay for imports in dirhams, and the report added that similar deals are still to come.