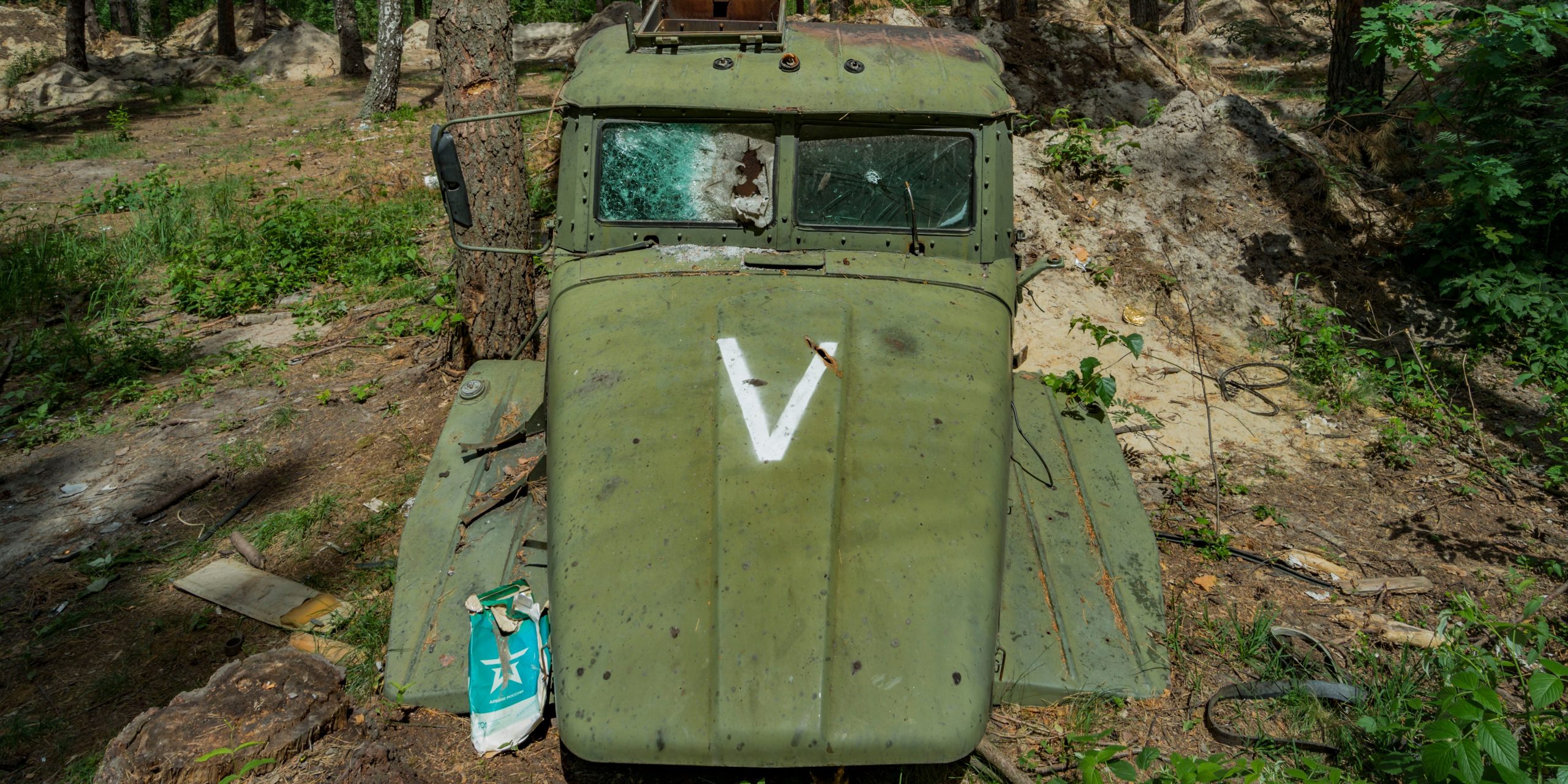 Remains of a Russian truck cabin with the V symbol in the forests around Kyiv.

The head of the UK armed forces has said that Russia has “strategically lost” and that they will “never take control of Ukraine.”

Speaking to the PA news agency, Admiral Sir Tony Radakin said, “This is a dreadful mistake by Russia. Russia will never take control of Ukraine, the Independent reported.

“Russia has strategically lost already. NATO is stronger, Finland and Sweden are looking to join,” Admiral Radakin said, who acts as the head of the United Kingdom’s Armed Forces and principal military adviser to the Prime Minister and Secretary of State for Defence.

While Radakin did acknowledge that Russia is gaining Ukrainian territory every day, he noted the invasion has now switched to focusing on tactical battles in eastern Ukraine rather than gaining major cities as Putin originally intended. Remains of a food bag of the russian army and a map of Ukraine in the forests near Buda Babynetska village. Russian troops occupied large extensions of the forests near Kiev where they were based. Many equipment and personal goods was abandoned during their withdrawal of the zone.

“Any notion that this is a success for Russia is nonsense. Russia is failing,” he said.

Radakin also noted the vast losses Russia has made, saying the military is “running out of people, it’s running out of high-tech missiles.”

“President Putin has used about 25% of his army’s power to gain a tiny amount of territory and 50,000 people either dead or injured,” he said.

He described the situation as “tough” for Ukraine, saying “this is going to be a long fight.”

“Ukraine has shown how courageous it really is,” he added.

Radakin described the Ukrainians as “ingenious people in terms of how they’re taking the fight to the Russians,” and said, “they’re also honest people, with saying actually they need some help.”