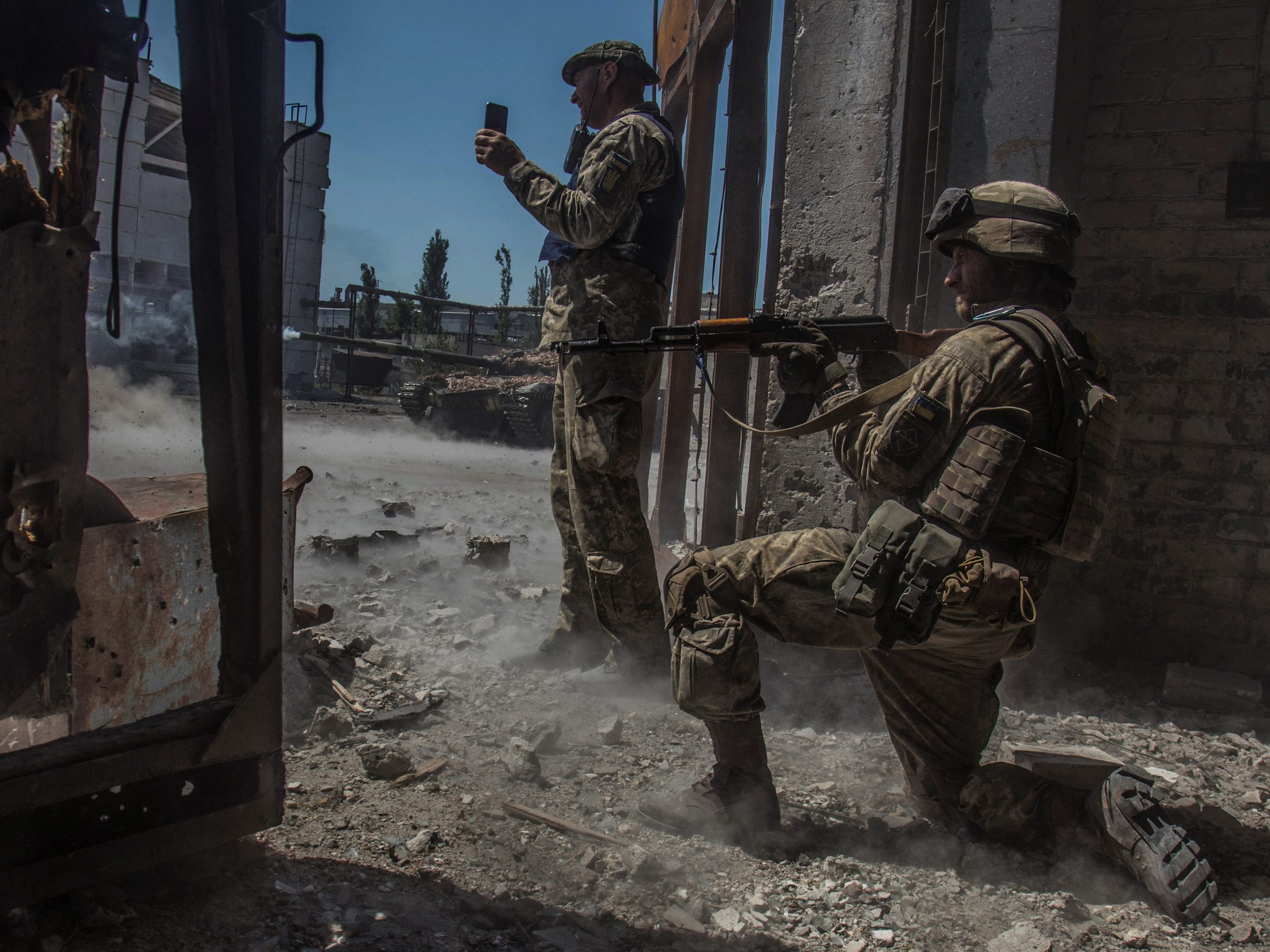 Ukrainian service members watch while a tank fires toward Russian troops in the industrial area of the city of Sievierodonetsk, as Russia’s attack on Ukraine continues, Ukraine June 20, 2022.

Russian forces have only gained a few miles of territory since the war pivoted to eastern Ukraine, the top US general said — highlighting how much the five-month-long campaign has turned into a slow and bloody grind.

Speaking during a press conference at the Pentagon on Wednesday, Joint Chiefs of Staff Gen. Mark Milley said Ukraine has “fought the Russians very effectively” and over the last few months, “Russian advances have amounted to maybe six to 10 miles — something of that range.”

For comparison, 10 miles is approximately the distance from Wall Street to Yankee Stadium.

“It’s not very much,” Milley continued, adding that the campaign is “very intense” with “a lot of violence.”

He said both sides are exchanging tens of thousands of artillery rounds every day, as casualties mount and local infrastructure continues to be destroyed.

But, he stressed, “in terms of actual ground gained — very, very little by the Russians, relative to all of Ukraine.”

After Russian forces invaded Ukraine on February 24, they failed to capture the capital city Kyiv in what President Vladimir Putin hoped and Western intelligence expected would be just a few days.

After weeks of failure, however, Putin’s troops retreated from having occupied the Kyiv suburbs and refocused the campaign to the eastern Donbas region of Ukraine.

Still, NATO and the West warned that Russia still wanted to conquer all of Ukraine. The Kremlin announced earlier on Wednesday that its geographical goals in Ukraine are shifting as it plans to annex more territory beyond the Donbas region.

But Milley’s comments on Wednesday underscore how brutal and slow-moving the five-month-long war has become — with shifting frontlines and a mounting death toll.

“The cost is very high. The gains are very low. There is a grinding war of attrition,” Milley said. “The Ukrainians are making the Russians pay for every inch of territory that they gain. Advances are measured in literally hundreds of meters — some days you might get a kilometer or two from the Russians, but not much more than that.”

Lt. Gen. Ben Hodges, the former commanding general of the US Army in Europe, told Insider that Russia lacks the resources and capabilities to make “meaningful progress” in Ukraine.

And with continued support from the West with weapons deliveries, he said, Ukraine could even wipe out Russia’s territorial gains by 2023.