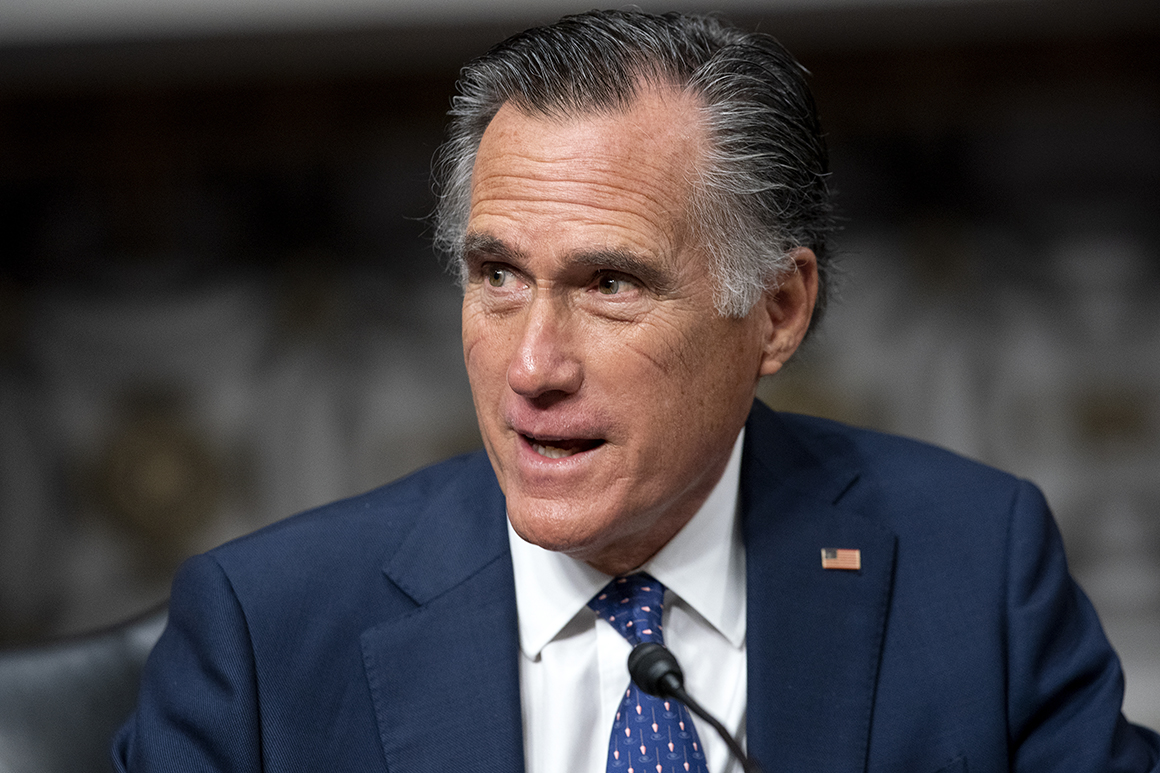 Sen. Mitt Romney said Sunday that it is up to the United States and other Western nations to prevent Russian President Vladimir Putin from recreating the Soviet Union in some form.

“He’s trying to reestablish what he had before. That can’t be allowed to happen,” said the Utah Republican, speaking on NBC’s “Meet the Press.”

Amid widespread speculation that Russia is about to invade Ukraine, Putin has placed troops on the border with Ukraine, escalating a crisis that began in 2014 when he annexed the region of Crimea and supported attacks within Ukraine’s eastern region of Donbass. The Russian leader has made it clear that, among other things, he’s trying to block NATO — the Western alliance created in 1949 to counter the Soviet Union in Europe — from adding Ukraine and other former Soviet nations as members.

President Mikhail Gorbachev dissolved the Soviet Union in 1991; Putin, a former KGB officer, was in the early stages of his political career at the time.

“[Putin]’s trying to take NATO apart — to weaken it. We need a strong NATO not just for Russia, but for the emergence of China,” said Romney, who warned of a surge in Russian aggression during his 2012 presidential campaign.

Romney told host Chuck Todd that one thing the West can do is work to block the Nord Stream 2 pipeline, a gas pipeline that is to run from Russia to Germany through the Baltic Sea. Senate Democrats on Thursday blocked a GOP-led effort to impose sanctions on that natural-gas pipeline.

“We should let him know that that Nord Stream 2 pipeline is not going to operate,” Romney said of Putin. “He’s not going to have that wealth if he does any action to overthrow the government in Ukraine — that’s getting shut down.“