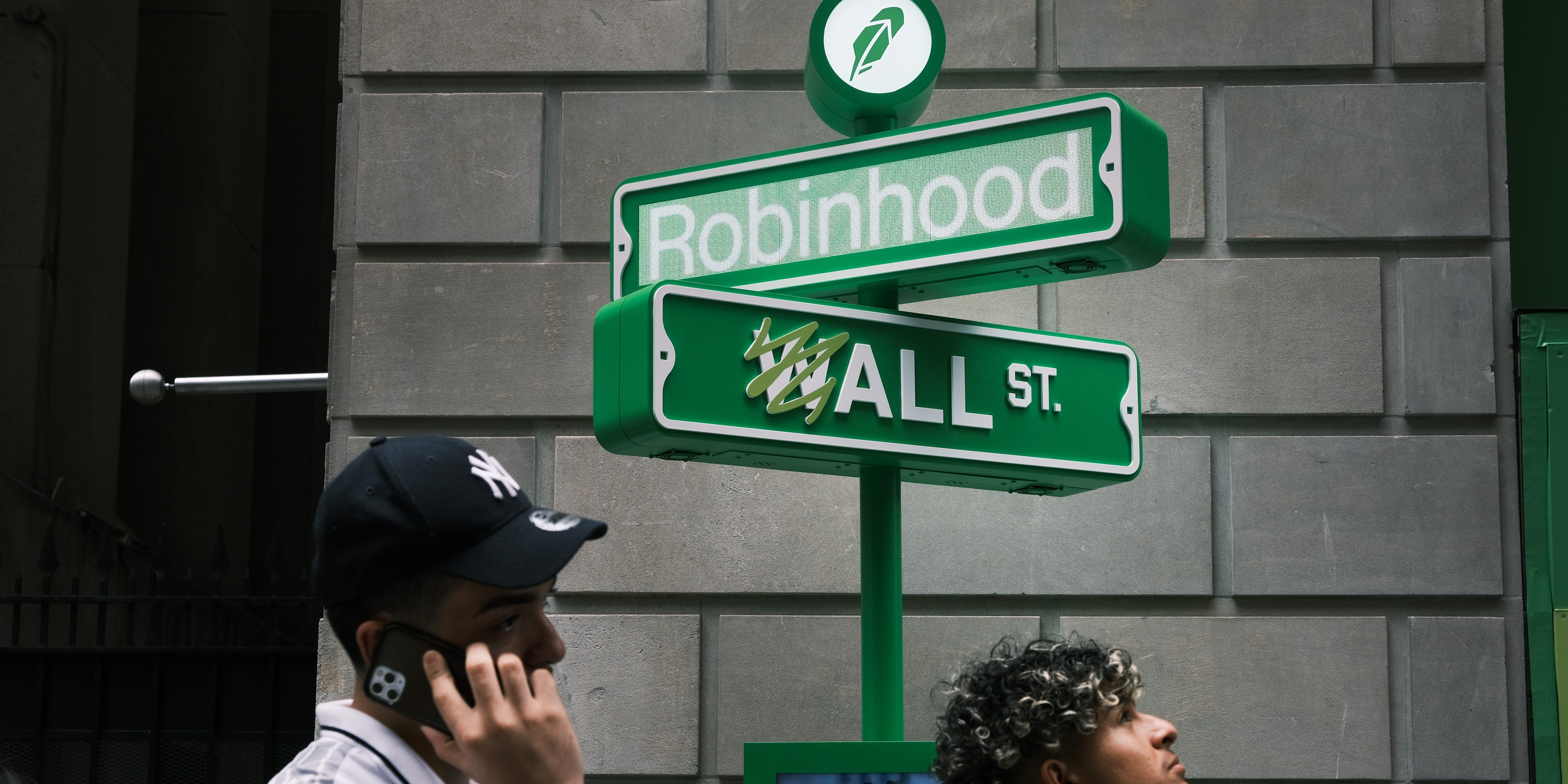 People wait in line for t-shirts at a pop-up kiosk for the online brokerage Robinhood along Wall Street after the company went public with an IPO earlier in the day on July 29, 2021 in New York City. Spencer Platt/Getty Images

Robinhood is launching a new feature that will allow retail investors to pose questions to executives from Tesla, Coinbase, and other big companies.

In a Thursday blog post, Robinhood said it’s rolling out a shareholder Q&A feature powered by Say Technologies to let users ask questions to leaders of companies they invest in.

Say Technologies, which Robinhood acquired for $140 million in August, has partnered with about 20 companies, including Tesla, crypto-exchange Coinbase, and software company Palantir, to allow retail traders to participate in shareholder events, like question-and-answer sessions on earnings calls that have been historically reserved for institutional investors and analysts.

Robinhood first allowed retail traders the rare chance of asking the company questions in an August earnings call after it acquired Say. At the time, shareholders used the Say platform to pose questions and upvote their favorite ones. (One of the top voted questions was: Can we get a Robinhood hat and hoodie jacket?) Now, Robinhood has integrated Say’s Q&A product into its own app for traders to use.

Robinhood users who are also invested in the company will be the first to get to use the new capability on the company’s earnings call January 27. The app will gradually roll the feature out to other Say-partnered companies like Tesla and their retail shareholders over the following weeks.

“Shareholder Q&A gives everyday investors the opportunity to make their voices heard alongside a community of their fellow shareholders, and offers company leaders a way to connect directly with the everyday people that invest in their companies,” Robinhood wrote in its blog post. The company went public in July last year. Shares have fallen more than 58% since the debut.