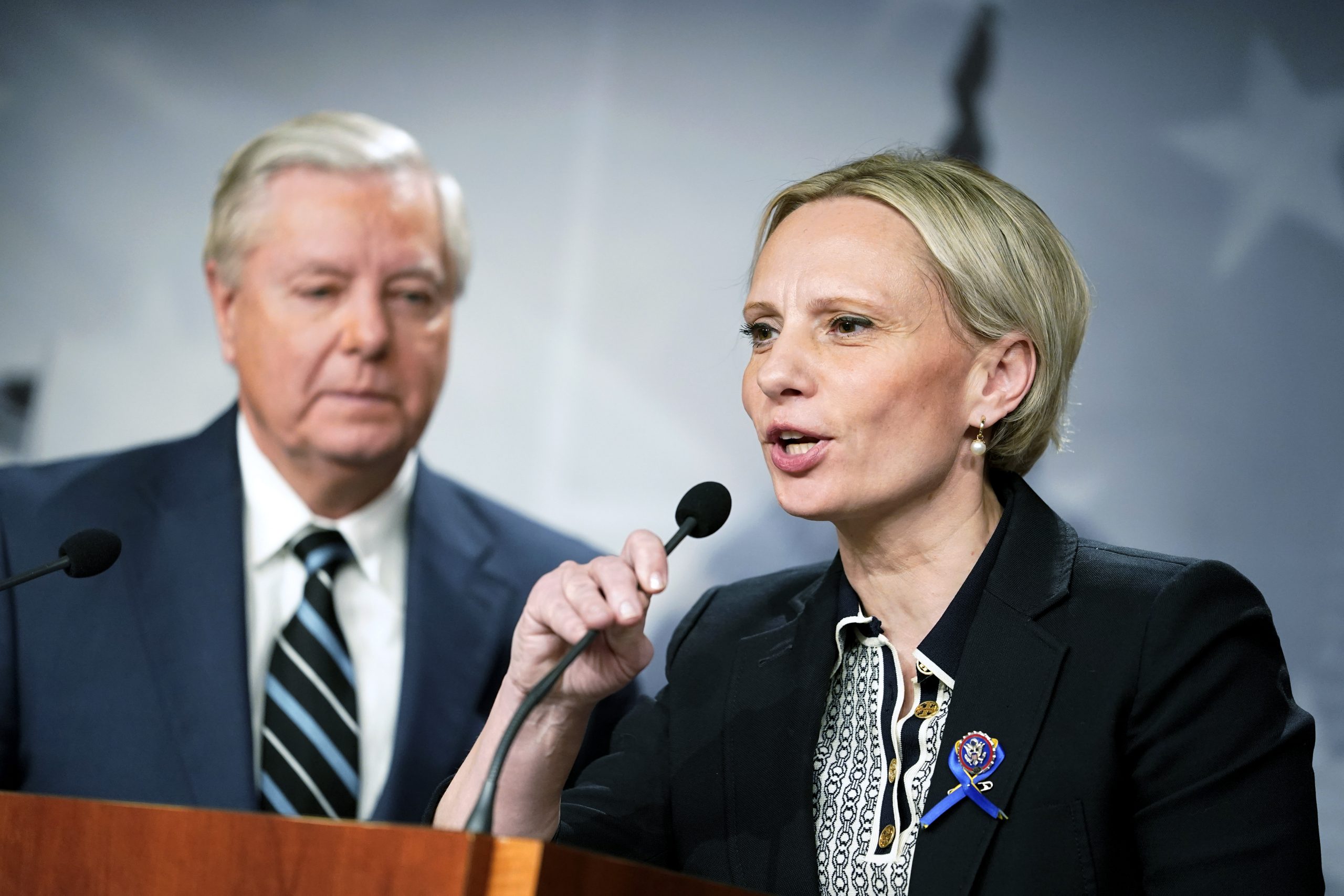 Spartz (R-Ind.), who has traveled to Ukraine a half-dozen times since the war began and spoken passionately about the conflict, shocked lawmakers in both parties recently with her intense criticisms of the country’s president, Volodymyr Zelenskyy, and his confidants. She drew a rare rebuke last weekend from the Ukrainian Foreign Ministry, which accused her of “trying to earn extra political capital on baseless speculation.”

Inside the House GOP Conference, there’s a widespread fear that her posture is damaging U.S.-Ukraine relations at the worst possible time — and that she’s being played by forces that aim to weaken the Western alliance. GOP national-security hawks also worry that the MAGA wing of their party, where there’s already resistance to supporting Ukraine, will point to Spartz’s comments as justification.

They’re concerned that Spartz’s public break from Zelenskyy — and her corruption accusations about his closest aides — could portend future cracks in U.S. support for Ukraine, especially as the midterm elections approach.

“Her naiveness is hurting our own people,” said a GOP lawmaker who serves on the House Foreign Affairs Committee, granted anonymity to speak candidly about a colleague. “It is not helpful to what we’re trying to do and I’m not sure her facts are accurate … We have vetted these guys.” The Republican warned that Spartz’s comments could “hurt” the war effort.

Asked for comment on Spartz’s remarks, one senior House Republican who was granted anonymity for the same reason offered a blunt reply: “What the fuck.”

A third House Republican granted anonymity to speak candidly about Spartz said she has a reputation for elbowing her way into briefings and meetings for committees she doesn’t belong to, like the Foreign Affairs panel, where multiple members have tried to address her comments behind closed doors.

The Biden administration is even getting involved — another sign of growing worries that Spartz’s comments may damage cohesion among the Western coalition in defense of Kyiv. A Foreign Affairs Committee aide, speaking on condition of anonymity, said the U.S. intelligence community is planning to brief Spartz about her claims in a classified setting Friday morning.

While Zelenskyy’s political opponents have openly cheered Spartz, domestic political squabbles are largely getting sidelined while the country fights for its survival. Western nations’ longstanding concerns about corruption in Ukraine, an element of former President Donald Trump’s first impeachment, have also been shelved in the interest of fostering both domestic and international unity against Russia’s invasion.

Spartz is dredging up old dirt on Zelenskyy and his advisers at a time when Ukraine’s future as an independent nation may depend on allying with him, her detractors say.

“I don’t share her criticisms,” said Sen. Lindsey Graham (R-S.C.), who has worked with Spartz on Ukraine-related legislation. “I believe that the Zelenskyy government and the Ukrainian people have risen to the moment. It is in our national security interest to stand with the Ukrainian people and their elected leadership.”

In statements and interviews, Spartz has pushed for better oversight of the U.S. weaponry flowing into Ukraine — an issue that has attracted bipartisan scrutiny.

But she has also accused Zelenskyy of “playing politics” and not “understanding” the seriousness of the conflict. And she has launched a crusade against his chief of staff, Andriy Yermak, accusing the president’s top aide of being in the pocket of Russia.

In the process of speaking out, she’s raised years-old allegations, many of which Zelenskyy’s political foes have lobbed in the past without factual basis. She has said publicly that she believes Yermak should be fired for inhibiting the war effort — even as others say Spartz’s own actions are undeniably impeding it.

Spartz declined to answer questions on the record for this story, but her office provided a written statement to POLITICO that defends her criticisms of the Zelenskyy government. (She has previously put the onus on Yermak and others to prove her wrong.)

“Growing up in Ukraine and visiting six times since the war started, I have a comprehensive understanding of the situation on the ground,” Spartz said. “The stakes are too high to be reactive without deliberation — as intended for our institution.”

As she goes after Zelenskyy’s top aides, the first-term Republican has previously generated headlines for her poor staff retention rate. Current and former aides described to POLITICO a hostile work environment in which Spartz repeatedly berates her staffers.

The 43-year-old’s Zelenskyy-gadfly persona this summer marks a sharp turnaround from her message on March 1, when she made an impassioned and tearful plea for the Biden administration to respond more forcefully to the crisis unfolding in her motherland. As Spartz described the struggle of some family members to survive bloody Russian assaults, House GOP leaders and dozens of rank-and-file members stood behind her, dressed in blue and yellow to match Ukraine’s flag, nodding in agreement.

Four-plus months later, there are far fewer signals in the conference that she is an authoritative voice on the matter. Spartz’s latest posture is privately befuddling many of her colleagues, though none of them want to publicly rebuke a colleague over Ukraine — particularly given her personal ties to the situation — as the Russian attack itself becomes more politically thorny within the GOP.

Spartz has some defenders among House Republicans, but many of them sidestepped her remarks to argue generally that she is well-intentioned and passionate about the issue.

“Victoria has been a strong advocate of getting the people of Ukraine the tools they need to push back against Putin,” House Minority Whip Steve Scalise (R-La.) said during a press conference this week. “She’s very passionate about this. And at the end of the day, I know from all the conversations I’ve had with her that her heart and soul is tied to helping the people of Ukraine push back Putin’s military assault on that country.”

Spartz has refused to name the sources for her claims of improper behavior by Yermak and Zelenskyy’s government. Meanwhile, they continue to prompt significant pushback not only from Ukrainian officials, but from Americans like former U.S. Ambassador to Russia Michael McFaul, who is working directly with Yermak on sanctions policy.

“Yermak most certainly does not strike me as being pro-Russian. He is stridently anti-Putin and his barbaric regime,” McFaul said in an interview. “If so, why would he be encouraging our group to think of new and creative ways to sanction Russians? And why then would the Russian government sanction many members of our working group, including even my research assistant?”

Christopher Miller contributed to this report.