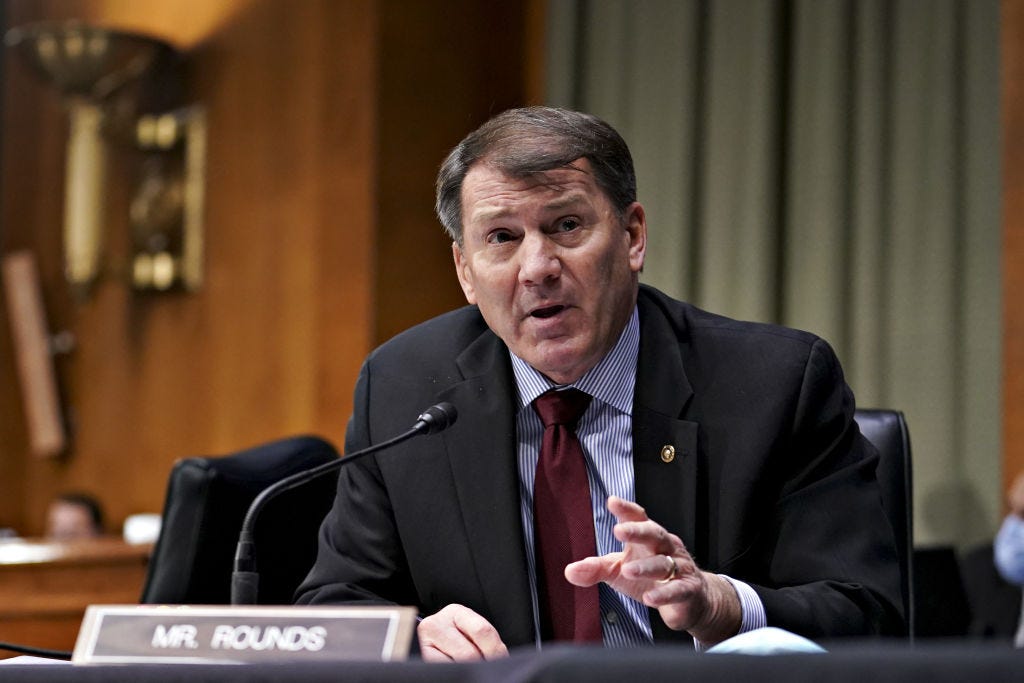 The South Dakota Republican — who was easily reelected to a second term in the Senate in 2020 — said during an interview on ABC’s “This Week” that the dozens of investigations focused on election irregularities did not yield any cases of mass fraud.

“As a part of our due diligence, we looked at over 60 different accusations made in multiple states,” the senator told host George Stephanopoulos. “While there were some irregularities, there were none of the irregularities which would have risen to the point where they would have changed the vote outcome in a single state.”

He emphasized: “The election was fair — as fair as we’ve seen. We simply did not win the election as Republicans for the presidency.”

As both parties seek to gain an advantage headed into the 2022 midterm elections, Rounds said that the GOP has to move past the allegations of voter fraud that have consumed the party for some time if they want to regain control of Congress in the fall and win the White House in 2024.

“Moving forward, we have to refocus once again on what it’s going to take to win the presidency,” he said. “If we simply look back and tell our people, ‘Don’t vote because there’s cheating going on,’ then we’re going to put ourselves in a huge disadvantage.”

He continued: “So, moving forward, let’s focus on what it takes to win those elections. We can do that, but we have to let people know that they can believe and they can have confidence that those elections are fair and that is in every single state that we looked at.”

After the 2020 presidential election and before the dual 2021 Senate runoff elections in Georgia that were won by Democrats Raphael Warnock and Jon Ossoff, Trump assailed the election process in the Southern swing state, which many saw as counterproductive in boosting turnout that could have enabled the GOP to hold on their seats.

“What happens with a president is that he has the shield of office, which, in many cases, prohibits or limits the ability of the courts to address issues surrounding that,” he said.

He added: “The courts are the appropriate place where those questions should be answered. This is not going to be up to members of the United States Senate or the House, in my opinion.”

The senator also said that he wouldn’t rule out backing the former president in the 2024 election.

“I will take a hard look at it,” he said. “Personally, what I have told people is, is ‘I’m going to support the Republican nominee to be president.’ I’m not sure that the eventual nominee has even shown up yet.”