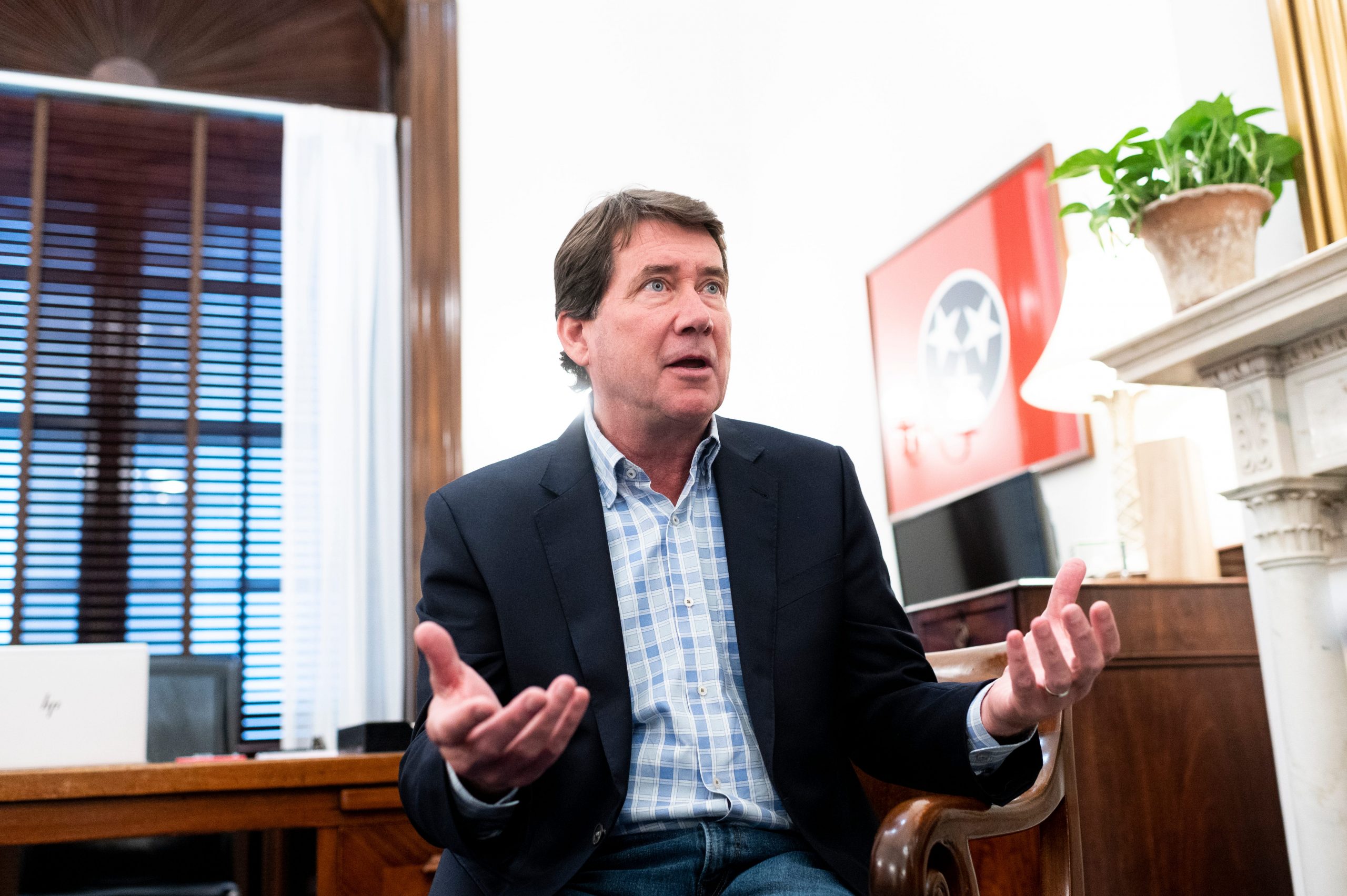 Sen. Bill Hagerty, a Republican from Tennessee, waited months past a federal deadline before disclosing stock trades for his dependent children. His office blamed the late disclosure on a “clerical error from the investment firm handling the family’s finances.”

Republican Sen. Bill Hagerty of Tennessee appears to have just violated a federal conflict-of-interest law by reporting three stock trades several months past a federal deadline, according to a review of his newly filed congressional financial disclosure.

Hagerty reported selling stock in Signature Bank from three of his dependent children’s trusts. Together, the sales are worth between $45,000 and $150,000. While the sales were made in December 2021, Hagerty waited until July 2022 to report the trades.

Members of Congress are required to report trades no later than 45 days after making them, according to the Stop Trading on Congressional Knowledge (STOCK) Act of 2012. When reporting trades, lawmakers are only required to provide the value of their trades in broad ranges instead of the specific value.

Hagerty’s office told Insider on Wednesday that the late trades are the result of a “clerical error from the investment firm handling the family’s finances,” and that the trades were reported as soon as they were discovered when compiling Hagerty’s upcoming annual financial disclosure.

The office also told Insider that it has not spoken with anyone from the US Senate Select Committee on Ethics, but will cooperate with them if necessary. Members of Congress can face investigations and fines for late disclosures, but as Insider has previously reported, those fines are typically minimal and inconsistently applied.

This is not the first time Hagerty’s reported trades involving his children’s financial interests. In May, Hagerty disclosed that each of his four children became minority owners of Nashville’s Major League Soccer team, Nashville FC.

At the time, Hagerty’s office told Insider that three of his four children are minors and that none of the stakes come with any “managerial control.”

“All of these assets are passive, meaning they involve no managerial control, and held in trusts that are administered by a third-party trustee,” Hagerty spokesman Judd Deere wrote in an email.

Hagerty himself said in a brief interview that he is “not sure where my investment portfolio will go over the coming years.”

Members of Congress continue to violate the STOCK Act

Insider’s “Conflicted Congress” project and other publications have since 2021 discovered 66 members of Congress who have violated the STOCK Act by being late to disclose trades. Additionally, Insider discovered that at least 182 senior congressional staffers violated the act as well.

There have been at least 10 separate bills proposed across both the House and Senate to limit lawmakers from trading individual stocks, according to OpenSecrets.

“The American people have doubts when they read studies that say members of Congress have stock portfolios that perform significantly better than the general public and wonder where they’re getting that information from,” said Democratic Sen. Jeff Merkley, who introduced the Ban Conflicted Trading Act.

Across the aisle, Sen. Josh Hawley introduced his own proposal, the Banning Insider Trading in Congress Act.

“Year after year, politicians somehow manage to outperform the market, buying and selling millions in stocks of companies they’re supposed to be regulating. Wall Street and Big Tech work hand-in-hand with elected officials to enrich each other at the expense of the country,” Hawley said in a press release calling to ban members and their spouses from trading stocks.

Donald Sherman, the senior vice president and chief counsel with Citizens for Responsibility and Ethics in Washington, told Insider that the STOCK Act doesn’t do enough to deter members of Congress from complying — the common result of a STOCK Act violation is a $200 fine — which leads to greater distrust in the government.

“The STOCK Act is obviously not sufficient to deter non-compliance, and on an individual basis, I understand that voters don’t sort of make decisions based on these kinds of things,” Sherman said. “But I think the perception that members of Congress are benefiting financially from their positions in government is corrosive and is a reason why many Americans don’t have faith in government and why some feel like voting or other mechanisms of lawfully participating in government is unattractive to them.”