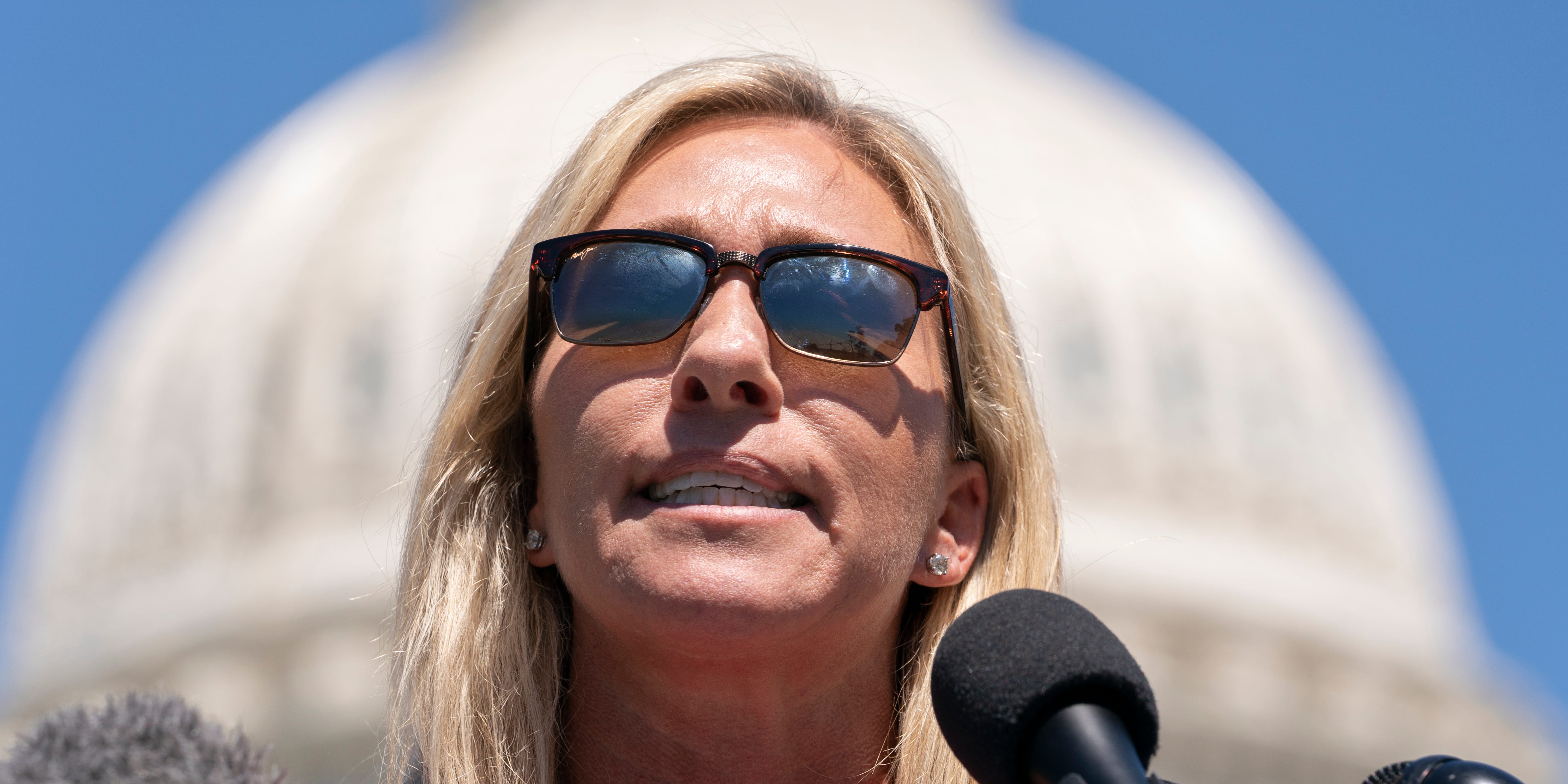 Republican Reps. Marjorie Taylor Greene and Andrew Clyde have racked up more than $100,000 in fines for refusing to comply with the House of Representatives’ mask mandate, The New York Times reported.

The penalties are taken out of the lawmakers’ paychecks, according to the Times. Greene and Clyde — who both represent districts in Georgia — have been fined so many times that the House Ethics Committee, which typically puts out a press release announcing each individual fine, started announcing the two lawmakers’ fines in batches.

However, Rep. Thomas Massie of Kentucky told CNN in July that Clyde has evaded his fines by changing his tax withholdings.

Massie told CNN that Clyde “went to payroll and had his federal withholding raised to $11,284 a month, so he only gets $1 of pay.”

A spokesperson for Clyde did not respond to the Times’ request for comment.

Earlier this year, the congressman, a member of the ultraconservative Freedom Caucus alongside Greene, received blowback for downplaying the Jan. 6 insurrection as “a normal tourist visit.”

Greene — who last month told the conservative news outlet Newsmax that she was not vaccinated against the coronavirus — has been a longtime critic of wearing face coverings while in Congress.

“I will continue my stand on the House floor against authoritarian Democrat mandates, because I don’t want the American people to stand alone,” Greene said last month, according to The Hill.

In response to the Times’ report, a spokesperson for Greene said in a statement that “the American people have had enough and are standing up against these outrageous and unconstitutional policies.”

While many congressional Republicans have remained incensed at the mask mandate, Greene has been especially vocal regarding her dislike of the health-related rule.

After comparing mask mandates to the Holocaust in May and apologizing for her comments the next month, the congresswoman then contrasted President Joe Biden’s calls to vaccinate Americans against the coronavirus with the Nazi regime.

“Biden pushing a vaccine that is NOT FDA approved shows covid is a political tool used to control people,” she tweeted in July. “People have a choice, they don’t need your medical brown shirts showing up at their door ordering vaccinations. You can’t force people to be part of the human experiment.”

Since the congresswoman made her aforementioned statement, the FDA has issued full approval for the Pfizer-BioNTech vaccine.

Greene, alongside Massie and Rep. Ralph Norman of South Carolina, earlier this year filed a lawsuit against Pelosi challenging the fines that have been issued to them for refusing to abide by the mask mandate.

The plaintiffs argue in the lawsuit that stepping onto the House floor sans mask “did not constitute ‘disorderly behavior’ because it did not disrupt the House’s operations or good order, nor is it otherwise unlawful conduct.”

However, in a court filing, Douglas Letter, the general counsel of the House of Representatives, said that proceeding with a mask mandate falls under the body’s constitutional powers to “govern its own chamber proceedings and to discipline its own members.”

He added: “This is particularly true here … where the resolution at issue is designed to protect the health of members and staff in the place where all full House debates and votes take place.”

Judge Reggie Walton of the US District Court for the District of Columbia earlier this month appeared skeptical of the arguments brought forth by the plaintiffs.