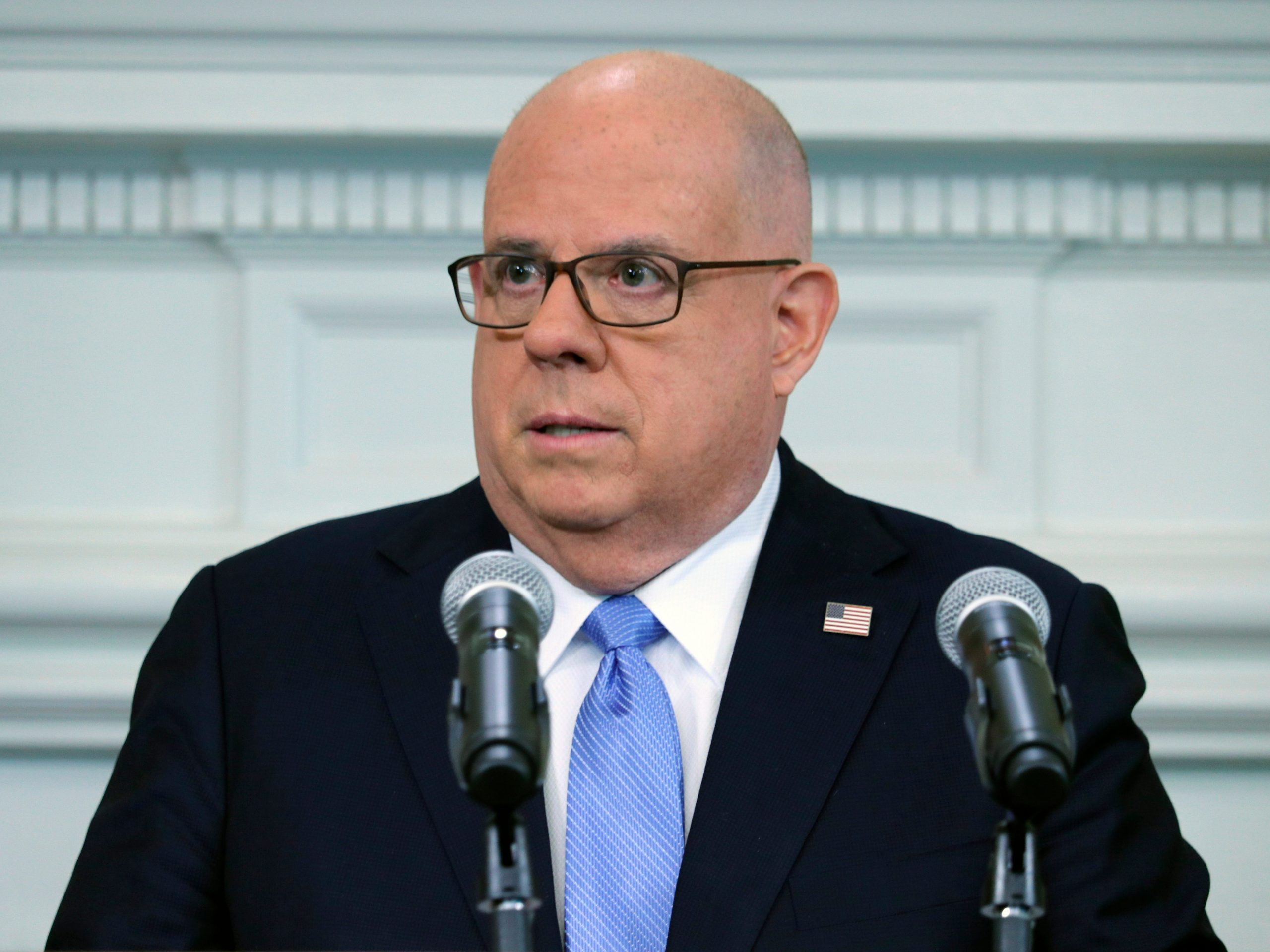 Maryland Gov. Larry Hogan speaks at a news conference on Feb. 8, 2022, in Annapolis.

Maryland Gov. Larry Hogan said he is “hopeful” that former President Donald Trump will not seek re-election in 2024.

“I’m hopeful that Donald Trump won’t be running and won’t be the nominee if he does run,” Hogan, a Republican, said Sunday on NBC’s “Meet the Press” with Chuck Todd.

Trump has been hinting at another run for president, though he has not made any firm commitments.

Hogan, who has also been hinting at a 2024 presidential run, said nothing has dissuaded him from entering the race, including the potential of Trump as a primary opponent.

“I’m gonna do the best job I can being governor until next January, and I don’t know exactly what the future holds,” Hogan said. “I do think there are an awful lot of people that I would call the exhausted majority of Americans who are frustrated with the far left and the far right.”

He added: “They want to see us going in a different direction, so I’ve seen nothing that would dissuade me. I think there’s a growing demand for exactly what we’ve done in Maryland for the last eight years.”

Hogan has been an outspoken critic of Trump and members of the GOP Republicans who has perpetuated lies about the January 6 Capitol insurrection.