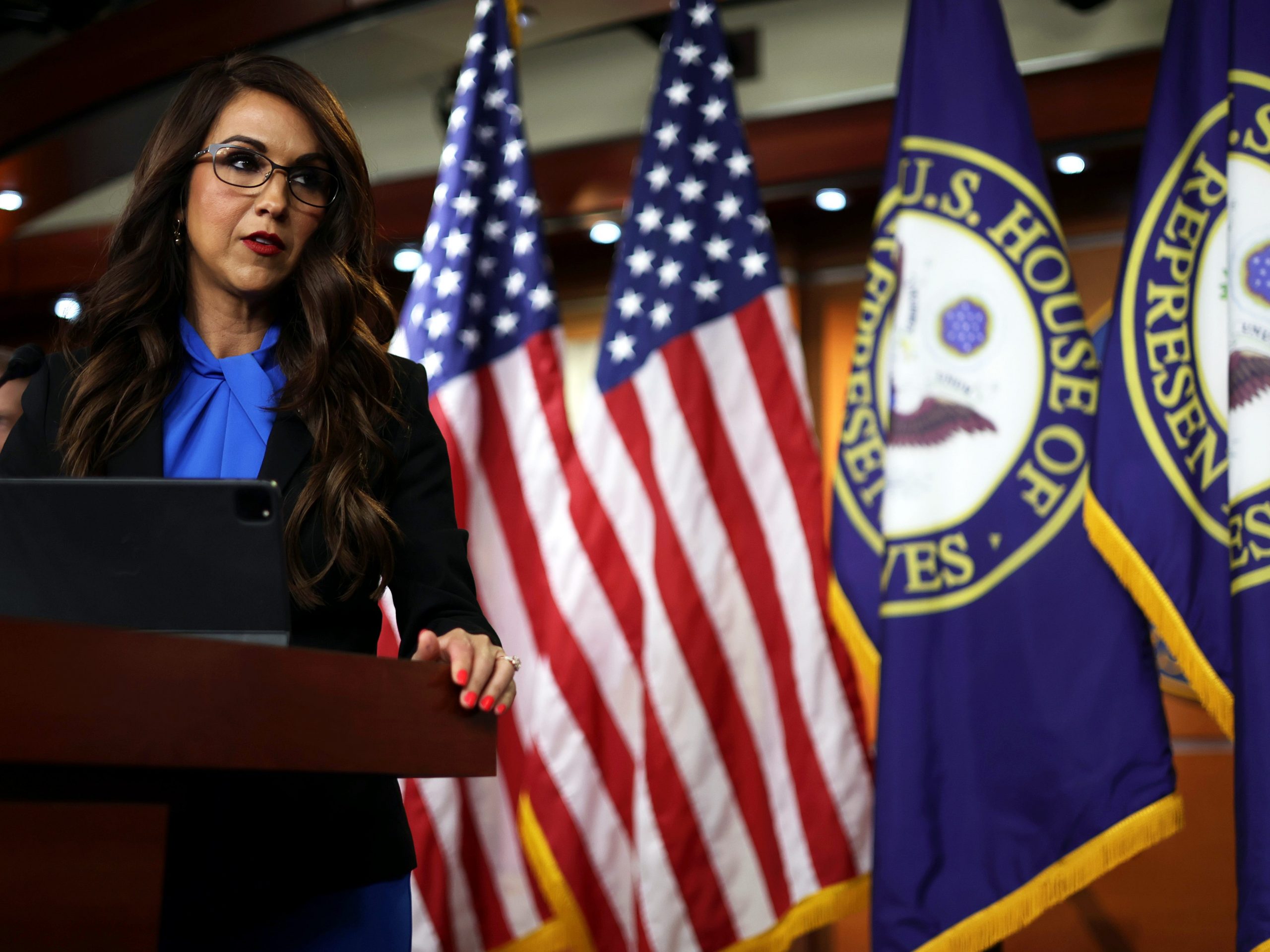 Rep. Lauren Boebert is backing a bridge project in Colorado.

Rep. Lauren Boebert is asking for $33.1 million in federal funding for a transportation project after voting against Biden’s infrastructure bill, calling it “wasteful” and “garbage.”

On Monday, Boebert sent a letter to US Secretary of Transportation Pete Buttigieg strongly supporting the South Bridge Project in Glenwood Springs, Colorado.

The city is requesting grant funding through the Rural Surface Transportation Grant Program for the South Bridge Project. This funding would allow the community to construct a new bridge connection to provide a critical second emergency route between State Highway 82 and the western side of the Roaring Fork River in the city’s south corridor.

In an email to The Durango Herald, Boebert said she is “for investing in rural Colorado, but Biden’s so-called infrastructure bill was not the right way to do it.”

Glenwood Springs Mayor Jonathan Godes told Insider the project has been in the work for decades after numerous wildfires threatened the community and prompted officials to create safe evacuation routes.

“It’s been very difficult to find the funding for this project,” he said.

The community has already raised $25 million to go toward the bridge.

Godes told Insider he’s happy to have Boebert’s backing despite her lack of support for the $1.2 trillion infrastructure bill.

“Would I have loved to have had a complete bipartisan bill that was supported by everybody? Yeah, absolutely,” he said. The mayor added that Boebert has worked closely with him and his partners on the project since taking office.

Boebert did not immediately respond to Insider’s request for comment.