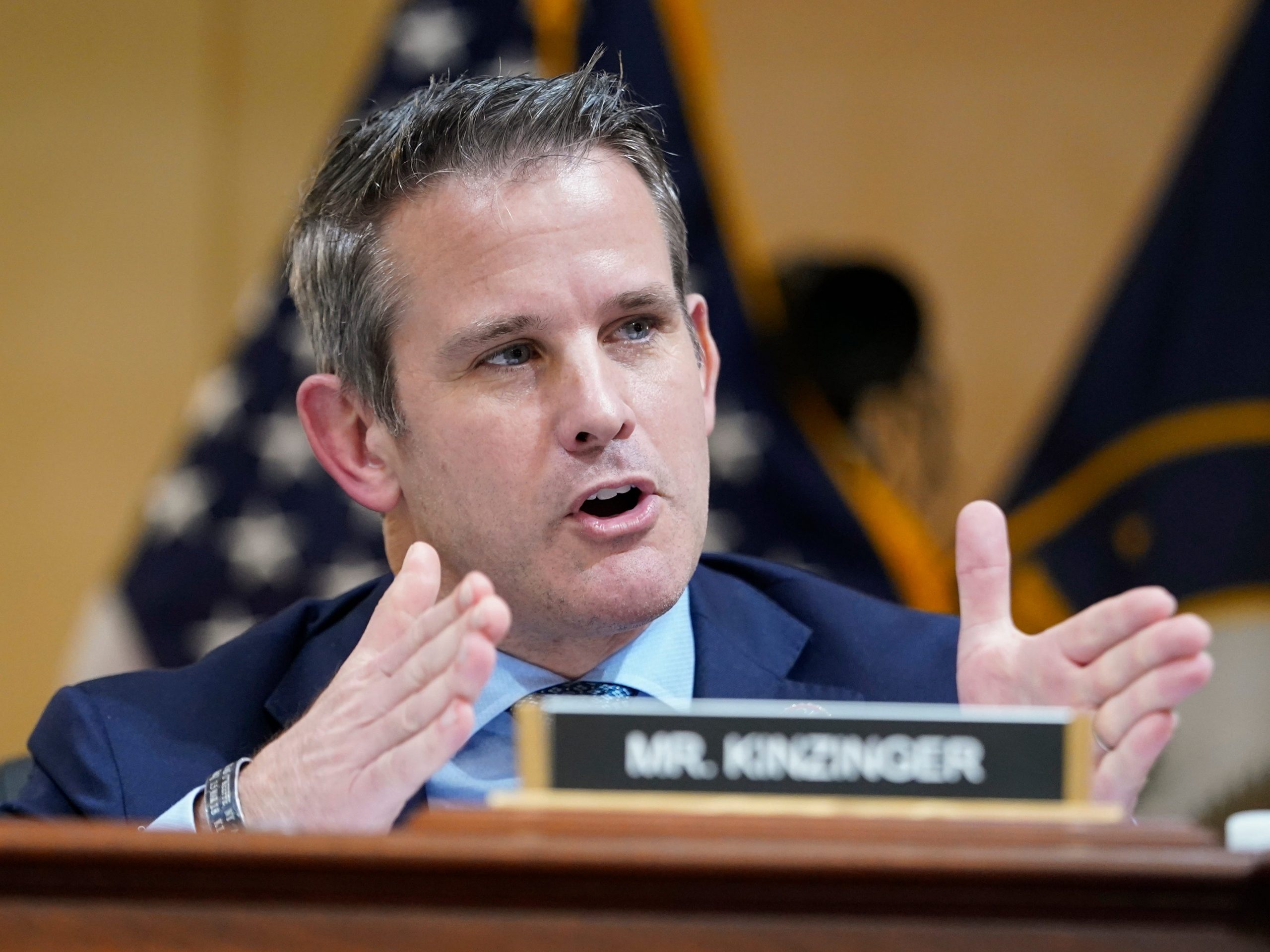 Rep. Adam Kinzinger, R-Ill., speaks as the House select committee investigating the Jan. 6 attack on the U.S. Capitol continues to reveal its findings of a year-long investigation, at the Capitol in Washington, June 23, 2022.

Rep. Adam Kinzinger said attorney Pat Cipollone’s recent testimony did not contradict “what anybody said” to the House January 6 committee in earlier depositions.

Cipollone was subpoenaed by the panel last week following bombshell testimony from Cassidy Hutchinson, an aid to former Chief of Staff Mark Meadows.

Kinzinger, a Republican on the committee, told ABC News “This Week” on Sunday that the panel “went through a lot” during its interview with Cipollone.

“It was an eight-hour interview. We went through a lot of stuff,” Kinzinger said. “But at no point was there any contradiction of what anybody said. But the rest I’ll have to leave to the presentation for the committee.”

“First off, we’re not going to bring somebody in and just sit around and ask them about what other people said, too. We’re getting their information, their front, position,” Kinzinger said. “And I think it’s very clear, you’ll see over the next couple of hearings a little of what he said.”

Rep. Zoe Lofgren, another member of the committee, previously said Cipollone “did not contradict” the testimony of previous witnesses, and a spokesperson for the committee told CBS News that Cipollone provided “key points regarding Donald Trump’s misconduct.”

In her testimony, Hutchinson said that Cipollone warned Trump would be charged with “every crime imaginable” if he went to the Capitol on January 6, 2021.

Cipollone, who gave an informal interview to the committee in April, was reported to have expressed concerns about then-President Donald Trump’s actions around the January 6 riot.