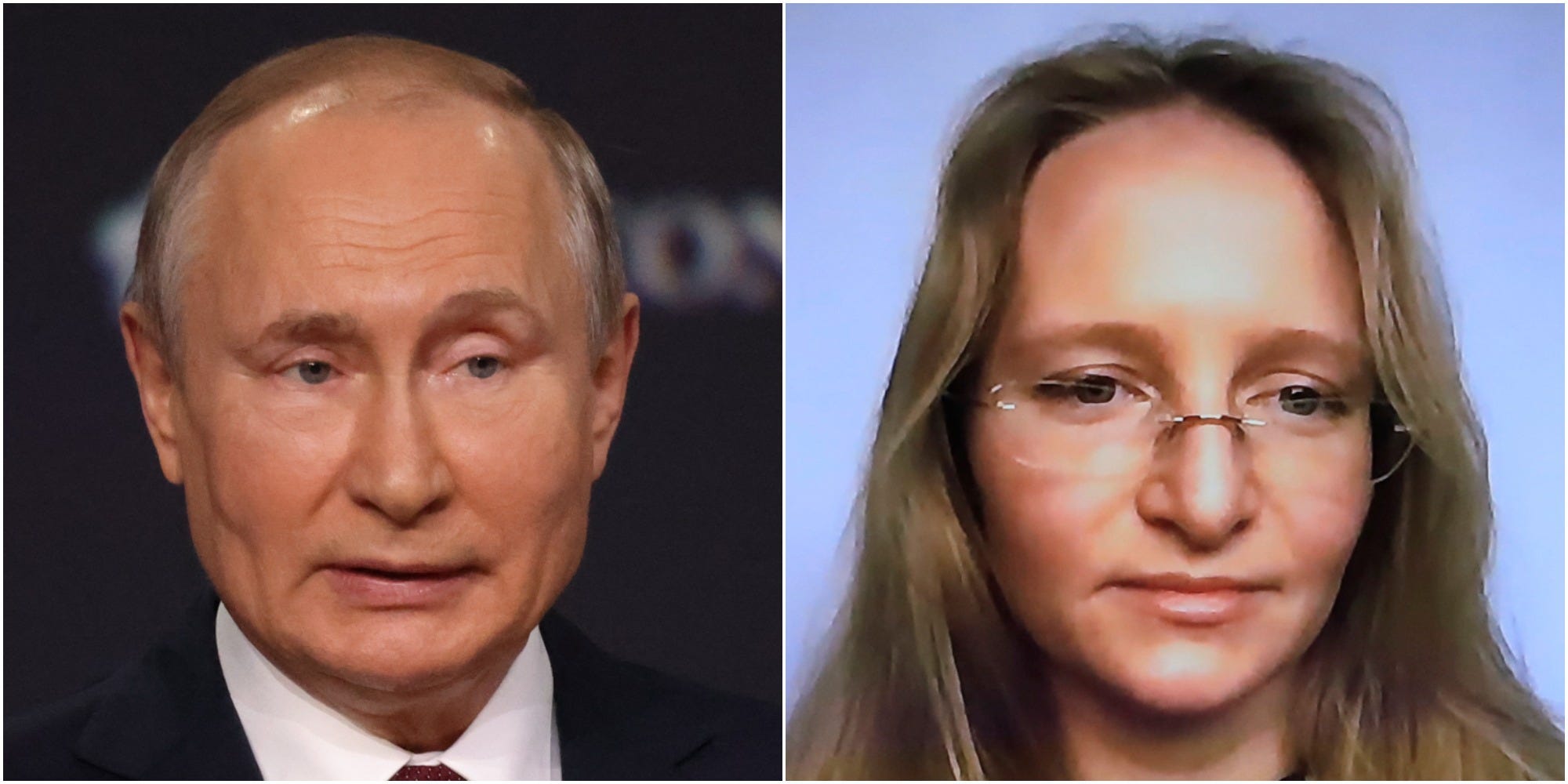 The European Union and the US government are readying sanctions for two of President Vladimir Putin’s daughters, according to multiple reports.

The Wall Street Journal, citing unnamed US officials, reported that a second round of US sanctions, including on Putin’s daughters, could be announced as soon as Wednesday.

Asked about this in a press briefing on Tuesday, White House Press Secretary Jen Paski confirmed the timing of the announcement but was not definitive about the content.

She said the measures would hit “family members” of “Russian government officials,” along with targets like banks and state-owned enterprises, but did not say whether Putin’s family was among them.

Putin himself was sanctioned by the US soon after Russia’s invasion of Ukraine, breaking a norm against personal sanctions on heads of state.

The EU is also mulling sanctions on Putin’s daughters, The Journal reported, citing diplomats familiar with the matter. Those measures are yet to be approved by EU member states, the paper reported.

Putin has two daughters by his former wife, Ludmila Putina, but rarely speaks of them. They are Katerina Tikhonovna, who became an accomplished gymnast, and Maria Vorontsova, a medical researcher.

The Kremlin has never acknowledged whether Putin has any other children, and few of the reported details of their lives are formally confirmed. In 2015, Putin’s spokesperson Dmitry Peskov denied rumors that Putin had a further child with Alina Kabayeva, his reported mistress, Forbes Russia reported.

The WSJ did not confirm which of the children would be affected by the proposed sanctions.

It is unclear whether Tikhonovna and Voronstova have holdings outside of Russia. Tikhonova married billionaire Kirill Shamalov, the son of a close friend of the president, in a union that would have valued the couple at around $2 billion, Reuters reported in 2015. They split in 2018, Bloomberg reported.

Their holdings included a $3.7 million seafront apartment in Biarritz, France, per Reuters. After Russia invaded Ukraine in February 2022, activists broke into the villa — registered in Shamalov’s name — and said they intended to host Ukrainian refugees there.

Vorontsova is a co-owner of Russian private healthcare investment company called Nomenko, Time reported. She left her home in the Netherlands in 2014 after the downing of Malaysia Airlines’ flight MH17, which killed several Dutch residents and is long suspected to be the work of the Kremlin.

An investigation by Russian outlet The New Times in 2016 said that Vorontsova lived a”luxury” existence of foreign travel and yacht trips.