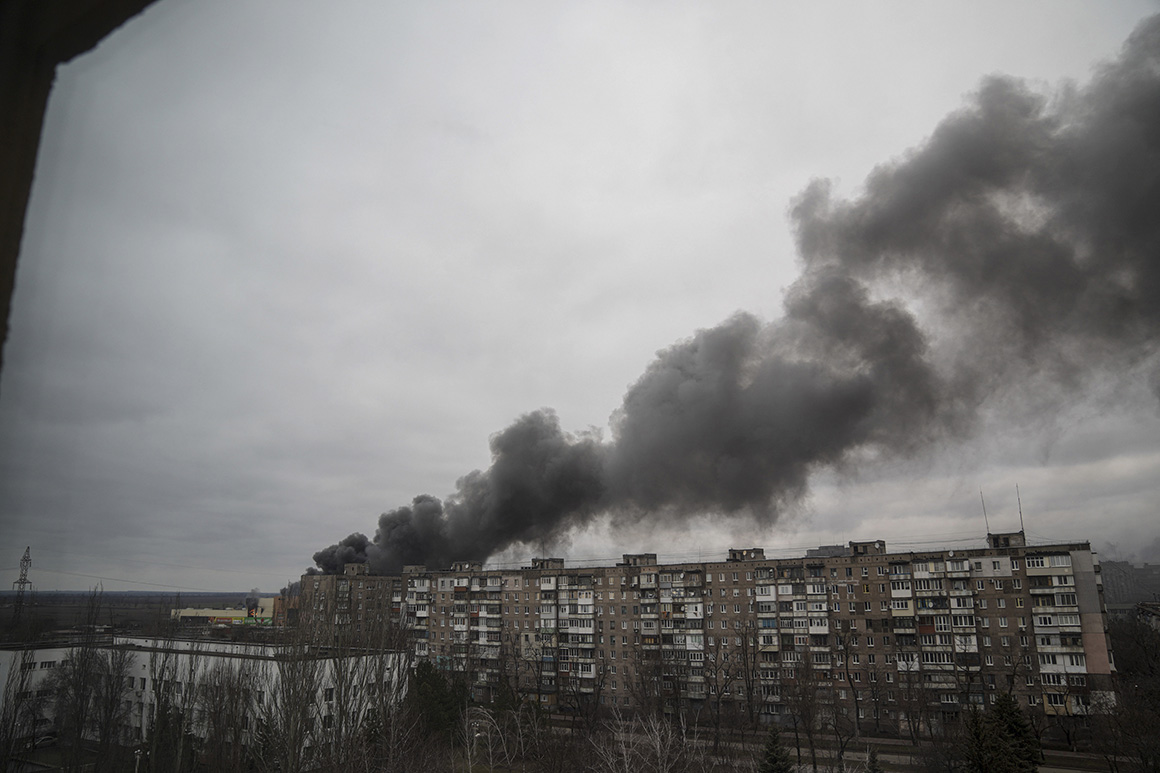 Progressives have begged Joe Biden to take a hard line against a ballooning Pentagon budget since he took office. Things aren’t quite working out that way.

Democratic leaders are expected to deliver the president one of history’s biggest pots of defense spending as part of a monthslong government spending deal that the party hopes to unveil Tuesday — and much of the House’s liberal wing is prepared to vote for it.

As Russia’s brutal assault on Ukraine enters its 13th day, the invasion has scrambled progressives’ own game plan for Congress’ looming funding pact. That enormous government funding measure is expected to include a Pentagon budget that far exceeds the $715 billion Biden proposed, plus at least $10 billion more in emergency aid to help bolster Ukraine.

The deal to supercharge the Pentagon budget is partly thanks to a $25 billion boost to the administration’s defense proposal that Democrats and Republicans endorsed in military policy legislation Biden signed in December. But congressional leaders must still pass legislation to fund the Pentagon, and their negotiations could produce Pentagon spending even higher than the $740 billion they agreed to months ago.

Despite that cash influx for the military, the funding bill could actually win more progressive support than in years past, thanks to an emboldened Vladimir Putin and years of uncertainty to come. It’s the latest sign of the difficulty that Democrats’ left flank has encountered translating its Biden-era ambitions into policy progress.

“It’s going to be tough,” said House Budget Committee Chair John Yarmuth (D-Ky.), who was critical of the hefty Pentagon spending increases under former President Donald Trump. “I don’t like it. I think we’re spending far too much anyways. But I think it’s a harder political vote now to vote against significant increases in defense.”

This year’s sprawling spending bill is Biden’s first — and perhaps best — chance to shape the future of government funding in his first term, with control of at least one chamber of Congress widely expected to change hands in November.

With Democrats controlling all of Washington for the first time in a decade, progressives saw an opening to at least hold the line on military spending this Congress, if not decrease it. But the left lost the battle on Pentagon spending to a coalition of Republicans and Democrats, and instead focused on at least matching those increases on the social-programs side of the government ledger.

And many liberals already see the writing on the wall for more Pentagon spending to come. Biden’s upcoming budget request is also certain to disappoint progressives when it is released in the coming weeks, as the White House looks to counter an even more urgent Russian threat and gear up for longer term security and economic challenges posed by China.

“Without question it’s going to have to be bigger than we thought,” House Armed Services Chair Adam Smith (D-Wash.) said last week. “I’m always going to be cautious of the people who always want to spend more money no matter what … But the decision to invade Ukraine by Russia changes it, and it’s going to go up. There’s no doubt about it.” Indeed, Senate Majority Leader Chuck Schumer suggested late Monday that the final total aid for Ukraine could be as much as $12 billion in the spending package. And Republican defense hawks are applauding Smith’s change of heart: “Good for Adam,” Sen. Lindsey Graham (R-S.C.) said about the Armed Services chair’s support for higher military funding in light of the invasion.

“The reality of the moment has hit — a stronger America is a safer world, right?” Graham said Monday. “Any politician willing to adjust is doing the country a service — left or right.”

The top House Armed Services panel Republican, Rep. Mike Rogers of Alabama, agreed: “We have huge threats that we have to get after.”

“We’ve got to stop this,” Rogers added of the monthslong stretch without a budget boost for the military. “We have to be bipartisan in dealing with these threats.”

Progressive leaders don’t plan to take a formal stance on whether to vote in favor of the broader spending bill and have not been formally whipping their members. Privately, many liberals believe that most of their members — with the exception of a dozen or so of the caucus’ most liberal members, such as the so-called Squad — will ultimately back the funding package, according to multiple lawmakers and aides.

“I do support military aid to Ukraine,” said Rep. Alexandria Ocasio-Cortez (D-N.Y.). “I think that’s the thing. We never support the defense budget,” but she noted her vote could come down to the procedural details of how exactly that bill is brought to the floor.

“It’s situational. And there’s a lot riding on it. We need to support Ukraine,” added Rep. Earl Blumenauer (D-Ore.), who has voted against defense bills in the past.

Democrats hope to bring the full package to the floor as soon as Wednesday, with hopes of quick action in the Senate before the Friday night deadline. But if a deal isn’t reached by Tuesday, lawmakers and aides acknowledged that another stopgap could be needed to avoid a shutdown — even as they stressed it would be the last possible resort and all focus is on the broader spending bill.

Senior lawmakers are still discussing possible options for those progressives who do oppose the Pentagon spending hike: The House could take multiple votes on the package, allowing progressives to vote no on the military budgets, but yes on funding for social programs such as health, infrastructure or housing. A similar strategy was used to pass last year’s bipartisan funding deal, though a final tactic hasn’t been decided yet for this year.

“There is overwhelming interest in providing assistance to Ukraine. And I think that’s going to factor into the calculus that members usually use to decide how they’re going to vote,” said a senior appropriator, Rep. Debbie Wasserman Schultz (D-Fla.).

Asked whether the emergency spending for Ukraine might help win progressives’ votes on the funding bill, Congressional Progressive Caucus Chair Rep. Pramila Jayapal (D-Wash.) said it would depend on what was in the package.

“It might. It just depends on what it’s for,” Jayapal said, noting that some House liberals also have issues with other controversial pieces of the spending bills, such as the Department of Homeland Security.

“These are big bills. I think we’ll have to see how it all shakes out. What’s actually in there, and then how it’s actually divided,” Jayapal said.

Democrats could also decide to package the longer-term spending bill together with the Ukrainian aid to maximize pressure on Republicans to deliver a united vote. But doing so would also squeeze the left.

The White House last week proposed $10 billion in emergency Ukraine aid. Roughly half, $4.8 billion, would go toward the Pentagon for troop deployments to Europe, restocking weapons shipped to Ukraine and cyber operations.

But a portion of that money would also go toward humanitarian relief efforts to mitigate a burgeoning refugee crisis in Europe — the piece of the package that progressives have been far more interested in touting.

Another major reason many liberals will eventually back the deal is the intra-party pressure House Democrats are under to pass the bipartisan funding deal through their chamber, with or without the support of Republicans. They’ll have just a handful of their own votes to spare.

“There’s no guarantee with them,” Rep. Dan Kildee (D-Mich.) said of GOP votes on spending bills. “People understand the margins we have, and the fact that we have to act. We don’t compromise principle, but we have to compromise on the practicality of it.”

Jennifer Scholtes and Nancy Vu contributed to this report.