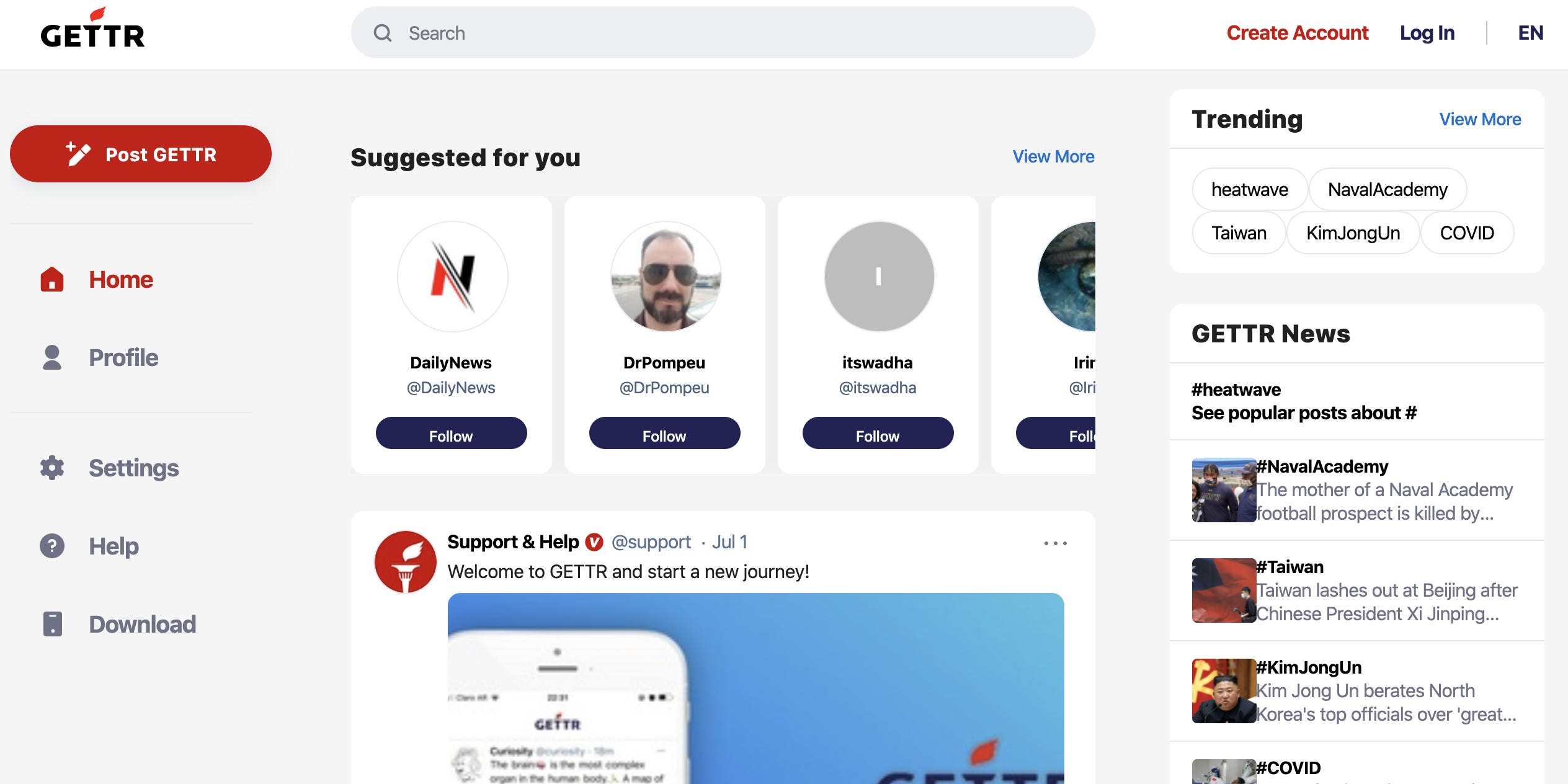 A screenshot of the GETTR platform.

GETTR, the pro-Trump social media platform set up to promote free speech, has banned a right-wing pundit for using the N-word in his profile.

The platform told The Daily Beast that Jon Miller, a former Blaze TV host, was barred from the platform after using the word.

“Jon Miller was suspended from GETTR because he used the N-word in his profile. This is a clear violation of our terms of service,” a Gettr spokesperson told The Daily Beast on Tuesday.

“GETTR defends free speech, but there is no room for racial slurs on our platform.

GETTR describes itself as a “social media platform founded on the principles of free speech, independent thought and rejecting political censorship and ‘cancel culture.'”

It is one of a number of new social media platforms founded amid complaints by right-wing pundits and allies of former President Donald Trump that major social media websites were guilty of censorship.

Miller, who identifies as Black, has since shared multiple tweets criticizing GETTR, and promoting its rivals.

He tweeted on Tuesday: “The ‘free speech’ frauds at @GETTRofficial have suspended me for no reason. I didn’t even use it. I had no posts. Guess I was too critical of them for suspending others? What does it say when the 1st platform to ban me is the one that sells itself as the free speech alternative?”

Ebony Bowden, GETTR’s global communications director, then called him a “liar” on Twitter.

“You did use our platform, and you included the N-word in your profile, a clear violation of our terms of service. GETTR does defend free speech but we’ve got no room for racial slurs. Bye,” Bowden wrote.

Miller responded: “Wow a black man can’t even refer to his own people freely if it makes a patronizing white woman mad! We ADOPTED that word as a term of ENDEARMENT because of racist Democrats (slave owners) like you.”