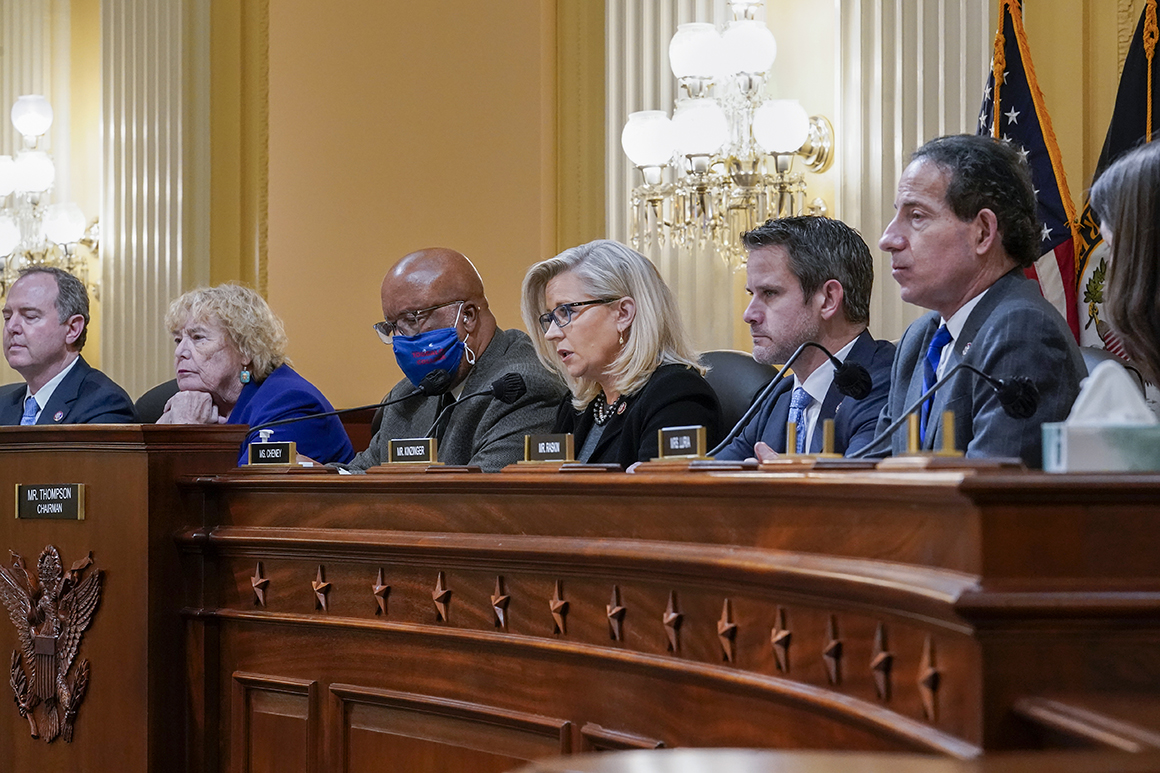 About 40 percent of Republicans indicated they approve of the special investigative body in a new POLITICO/Morning Consult survey. However, 44 percent of GOP voters disapproved of the select committee, while 16 percent said they did not have an opinion.

A solid majority of all voters — 62 percent — characterized those who stormed the Capitol as supporters of then-President Donald Trump, although only 43 percent of Republican-identified voters expressed that belief.

The share of Republican voters who support an investigation and hold responsible the former president and his backers stands in stark contrast to the House GOP conference, where only two members — Reps. Liz Cheney (R-Wyo.) and Adam Kinzinger (R-Ill.) — voted to form the panel after GOP senators last May blocked the creation of a bipartisan 9/11-style commission. The pair are the sole Republican members on the select committee following a dispute between Speaker Nancy Pelosi and Minority Leader Kevin McCarthy over his proposed appointees.

Support for the matter was greater among Democrats (82 percent in favor) and self-identified independents (58 percent). Overall, three-fifths of those surveyed backed the Jan. 6 committee, and two-thirds said it was important that the federal government probe the events surrounding the attack on the Capitol.

The poll surveyed 2,000 registered voters between Dec. 18-20 with an overall margin of error of 2 percentage points.

Still, support for the Jan. 6 panel deteriorated somewhat when the question was rephrased to note that Pelosi appointed all nine of its members, including Cheney and Kinzinger. Only 16 percent of Republicans expressed approval of the committee, compared to 70 percent who responded negatively.

More than three-quarters of Democrats maintained support for the select committee in that question, though approval among independents sank to 43 percent, and opposition rose nine percentage points to 36 percent.

Survey respondents also overwhelmingly believe that Trump’s supporters were to blame for breaching the Capitol on Jan. 16, 62 percent to 14 percent. About a quarter said they did not know.

Likewise, a majority — 59 percent — said that Trump was either “very” or “somewhat” responsible for the events that led a mob of people to descend upon Congress and temporarily halt certification of Joe Biden’s victory.

Beyond Trump, there were two entities that those polled held as responsible or more so than the former president: social media companies (66 percent) and the news media (61 percent).

Opinions were mixed on the pace of the special committee’s work, which has grown more aggressive in recent weeks in pressing key witnesses to testify and faces a battery of legal challenges from several uncooperative individuals.

More than one-third of respondents said that the panel is not working expeditiously enough, while 25 percent said it is moving at an appropriate pace, and 11 percent think they’re going too fast. The remaining 28 percent said they were unsure.

As for the ramifications of the violent assault on the Capitol, a plurality of voters believe that prosecutors have not gone far enough toward punishing those involved in the riot. Nearly 40 percent said that the charges are not harsh enough, while 27 percent said they were about right and less than 20 percent felt they were too harsh.

Morning Consult is a global data intelligence company, delivering insights on what people think in real time by surveying tens of thousands across the globe every single day.

More details on the poll and its methodology can be found in these two documents: Toplines | Crosstabs