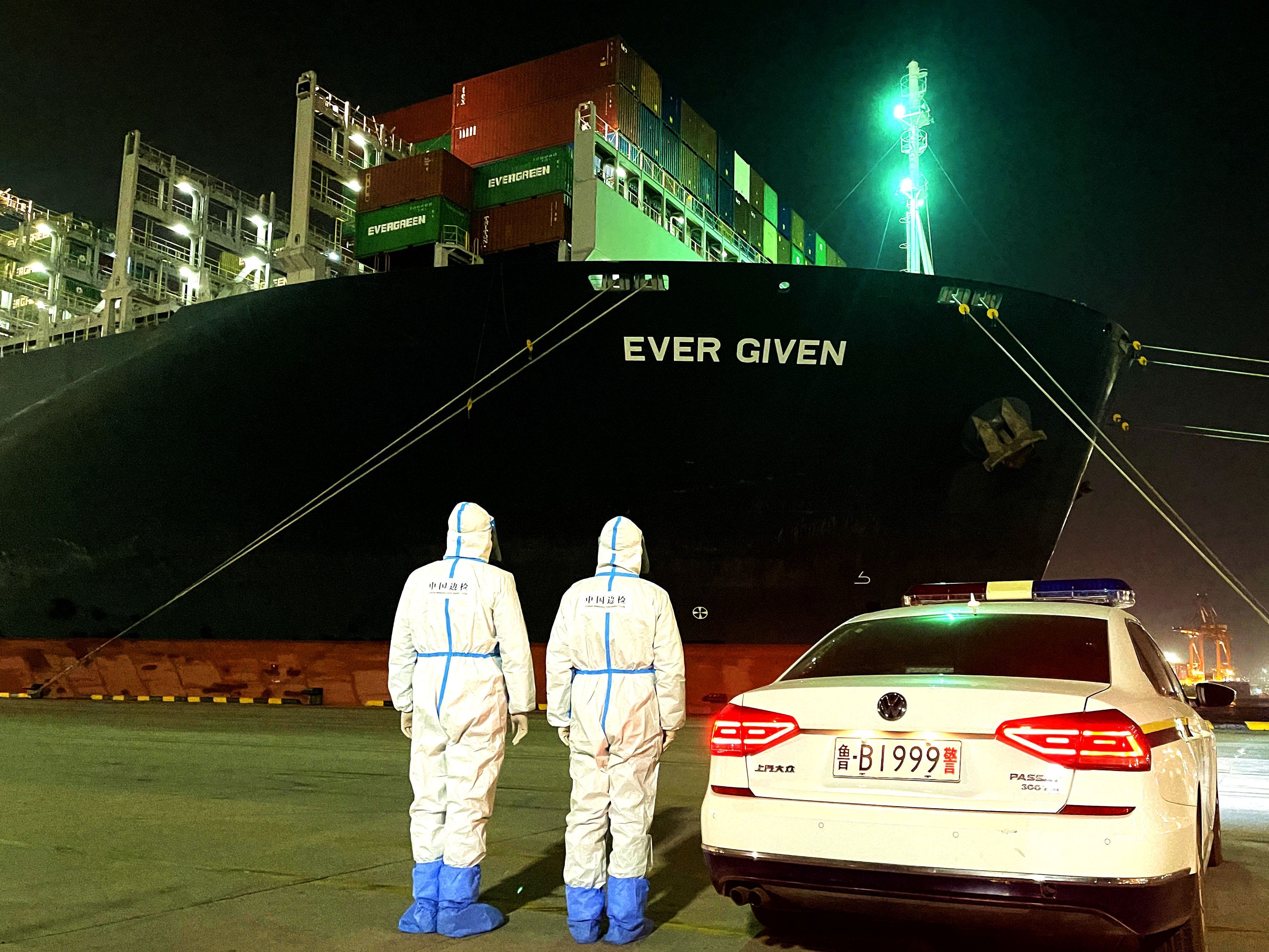 A total of 20,694 ships traveled through The Suez Canal this year, the SCA’s chairman announced on Sunday. Container ships sail in Suez Canal, during the 150th anniversary of the Suez Canal.

The record-breaking feat defies a year riddled with supply-chain chaos, the pandemic, and of course, the Ever Given’s dramatic 6-day blocking of the canal. Touring the Ports of Los Angeles and Long Beach.

Among the tens of thousands of ships that made it through the Suez Canal this year was the recently repaired Ever Given and its even-larger sibling, Ever Ace. In a tale of redemption, the Ever Given successfully journeyed through the canal four months after it blocked the global waterway in March 2021. A view shows the container ship Ever Given, one of the world’s largest container ships, after it was partially refloated, in Suez Canal, Egypt March 29, 2021

The successful voyage was fantastic news for the global shipping industry — the Ever Given saga cost the global economy an estimated $400 million per hour. Container ship Ever Given stuck in the Suez Canal, Egypt on March 27, 2021.

In October, it was spotted in Qingdao, China, as its underwent repairs. The Ever Given container ship which blocked the Suez Canal for nearly a week in March arrived in Qingdao on Monday for repair.

More than 1 million cubic feet of sand and mud had to be removed from around the ship as workers worked round-the-clock to dislodge both the bow and stern. In November, photos showed the repaired bow with a fresh coat of paint at a shipyard in China’s Shandong Province. Soon, the Ever Given reappeared on shipping schedules and began transporting freight between Europe and Asia once again — just in time for holiday shipping surges. Containers loaded onto the recently repaired Ever Given ship.

The “mega” container ship is larger than the Titanic and longer than the Empire State Building is high, but its new sibling is even bigger. Container ships are getting larger every year — the Ever Given is longer than three football fields.

Meet Ever Ace: the world’s largest container ship. According to American Bureau of Shipping records, the two ships are the same length, but the Ever Ace is wider and deeper. The “Ever Ace”, one of the largest container ships in the world, is guided by tugs on the Elbe into the Port of Hamburg to moor at the Burchardkai container terminal.

The Ever Ace made its maiden voyage this summer, sailing through The Suez Canal for the first time on August 28, 2021. People gather as ship Ever Given is seen in Suez Canal, Egypt March 29, 2021.

Eleven other mega container ships are being built in the make of the Ever Ace, three of which could become operational this year. “Mega” container ships like these have more than doubled in size over the past decade to keep up with global trade demand.

The vessels’ larger-than-life size is contributing to the supply-chain crisis that’s caused record-breaking backlogs at US ports, Kip Louttit, executive director of the Marine Exchange of Southern California, told Insider. Egypt’s Suez Canal Authority announced plans to widen and deepen the waterway in May to help prevent future container ships from getting stuck. Stranded ships waiting in the queue to cross the Suez Canal on March 27, 202, as it’s blocked by the Ever Given ship.

The deepening project will likely be complete in July 2023, Bloomberg reported. The Ever Given is accompanied by Suez Canal tugboats as it moves in the Suez Canal, Egypt, Monday, March 29, 2021.

SCA Chairman Osama Rabie said even more ships are expected to pass through the canal next year due to increased ship production, according to the outlet. Seafarers on a ship waiting for their vaccinations.