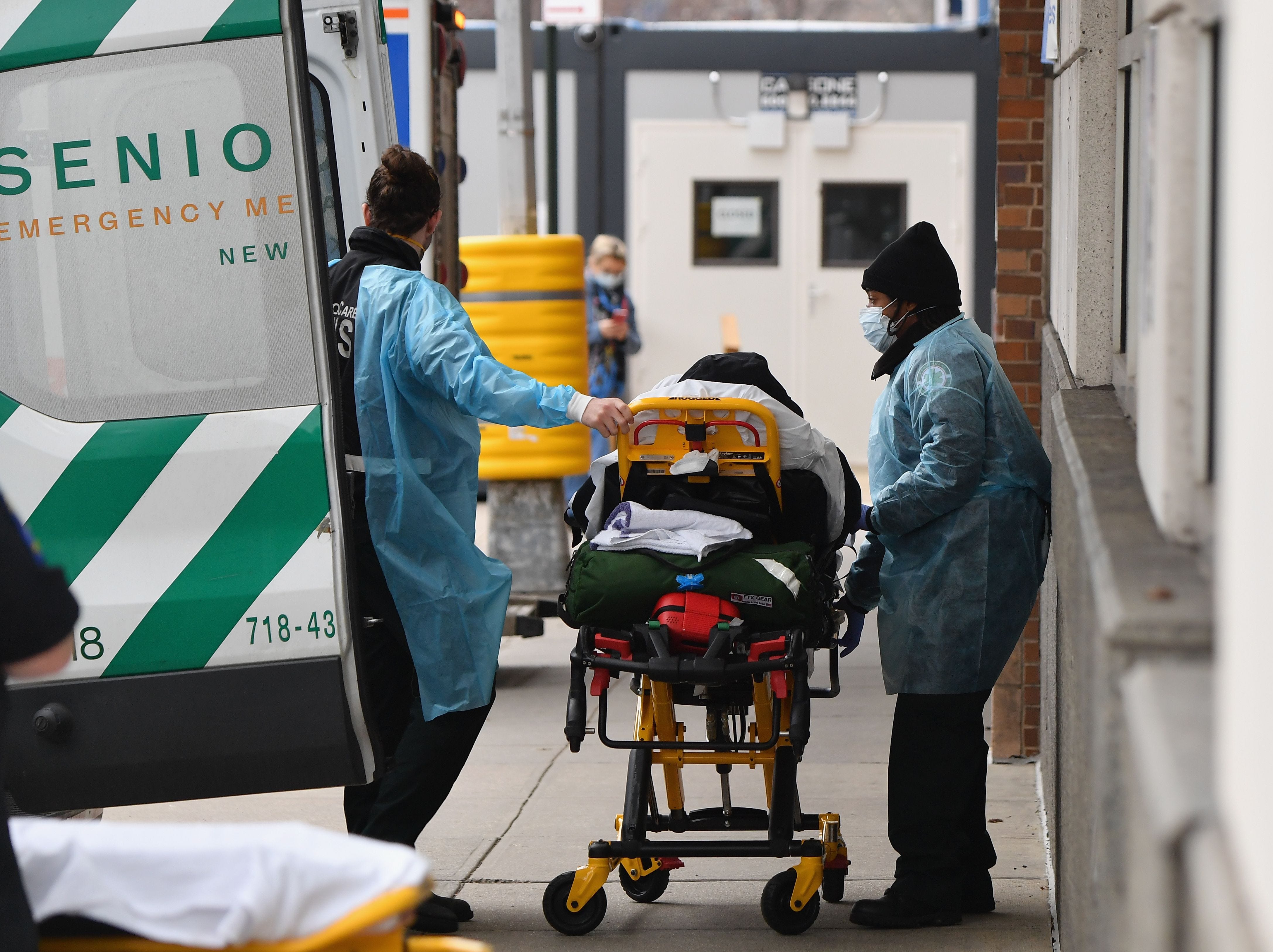 COVID-19 caused by Omicron is “making people really sick in a different way” to the original variant, a leading ER doctor has said.

Dr. Craig Spencer, associate professor in Emergency Medicine at the Columbia University Medical Center, tweeted on Tuesday that fewer patients were “gasping for air” and requiring oxygen — in comparison with the first wave in March 2020.

“But there’s just SO much of it and it’s impacting patients in different ways,” Spencer said. His findings were based on his shift in an ER room in New York City.

Spencer said “record numbers” of people with COVID-19 were attending the ER, as well as “extremely high” numbers of non-COVID-19 patients. “During the first surge, COVID was the only thing we saw in our ERs,” he said.

According to Spencer, COVID-19 was making pre-existing medical conditions worse. For example, it could trigger a life-threatening condition, called diabetic ketoacidosis, in people with diabetes.

Older people that are sick with COVID-19 can become too weak to get out of bed, can’t walk and can’t leave hospital, he said.

“What’s also different now is those COVID cases are often in beds next to patients who’ve done everything to avoid the virus, and for whom an infection might have a dramatic toll,” Spencer added. “The cancer patient on chemotherapy. Those immunocompromised or severely sick with something else.”

There were 5,495 people hospitalized with COVID-19 in New York City, as of Monday, official statistics show. This is four times the amount from two weeks ago and higher than any point since May 2020.

“The nightmare is over. But this is scary too,” he said.

Data from the UK, where Omicron is the most common variant, released Friday found two-thirds of COVID-19 patients were hospitalized directly with COVID-19.

The rest were a “mix” of COVID-19 making existing conditions worse, COVID-19 picked up coincidentally, or people stuck in hospital, Christina Pagel, professor of operational research at University College London, said on Twitter at the time.

It is unclear if Omicron itself causes different symptoms to other variants or whether immunity from previous infections or vaccinations stops it from becoming more severe.

Spencer said that most of the sickest patients with COVID-19 were unvaccinated, even with Omicron. “If you haven’t been vaccinated or boosted yet, now is really the time. It makes a difference,” he said.

Elsewhere, Mucio Kit Delgado, assistant professor of Emergency Medicine at Penn Presbyterian Medical Center emergency department, said on Twitter on Monday that he had seen a “strikingly consistent pattern” in symptoms based on vaccination status.

When people were boosted, he said, he “hardly saw anyone who had gotten a booster because if they caught COVID-19 they’re likely at home doing fine or having regular cold/flu-like symptoms.”

Meanwhile, when people were vaccinated but not boosted, he said he found many patients “wiped out, dehydrated, febrile. If they were older (eg > 55 years old or had other medical problems) often had to admit for overnight IV hydration and supportive care.” But they usually go home within a day or two, he added.

Finally, Delgado said that in his experience, unvaccinated people “are the folks that get sick and had to be hospitalized because they need oxygen, some even younger than me. Fortunately, Philly has a fairly high vaccination rate, particularly in older adults, so we’re not seeing severe cases as much as we used to.”