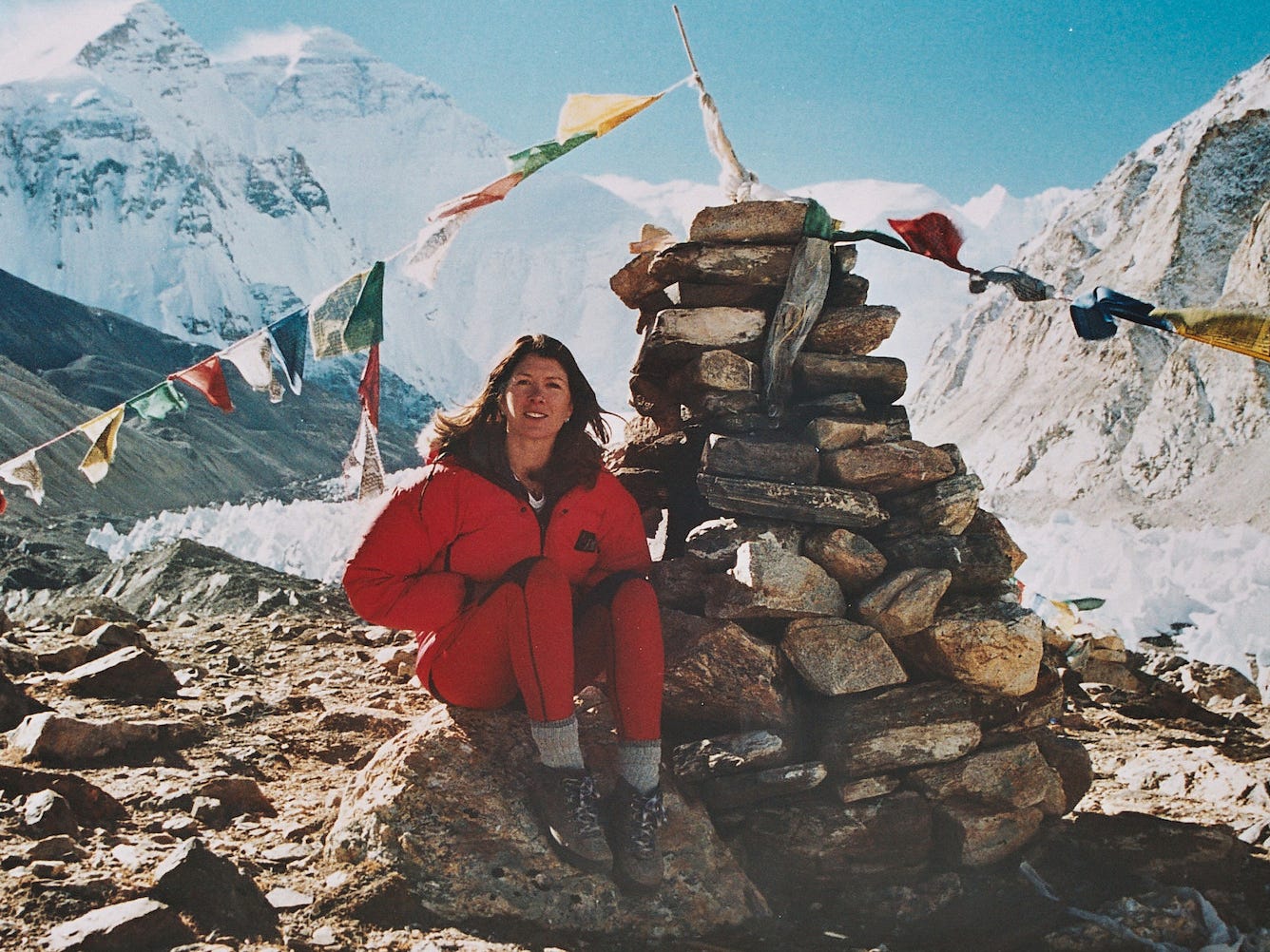 Rebecca Stephens knows what it takes to envisage a goal, and then achieve it.

In 1993 she became the first British woman to summit Mount Everest. She then went on to achieve the same feat for each of the seven summits — the highest peak on each of Earth’s seven continents.

In her book “Making It Happen: Lessons from the Frontline of Strategy Execution,” Stephens, who is now an author and consultant, spoke to a dozen people who have achieved success in their field.

They haven’t all necessarily achieved fame or fortune. In most cases, they’re normal people, working as medical practitioners or as teachers, for example. But they’ve all overcome challenges to achieve goals in their work or personal life.

There’s no doubt that luck played a role in giving people the position and opportunity to pursue their goals, but Stephens said they all shared some common traits.

They have a sense of clarity and purpose

For Stephens, the idea of a “true path” is incredibly important.

“Everybody I interviewed without exception was what they do, if I can put it that way,” she said.

At some point in their lives, they gained a sense that what they were doing was right for them, and felt as if they were truly destined to be doing it.

A sense of purpose and passion are two of the traits highlighted by the psychologist Angela Duckworth, in her bestselling book “Grit.” Duckworth defines grit as the perseverance and passion to achieve long-term goals.

However, that doesn’t necessarily mean they’re born with that sense of purpose. Stephens said that people who know what they want to do from an early age are lucky. For many people, it can take many years to stumble upon what truly fulfills them.

All the people involved also drove and initiated projects themselves. They were proactive, even in the face of resistance, be it from an organization or other constraints.

“There can be a feeling in the workplace of being overwhelmed that somehow we’re this very small little cog, and the issues in the world are huge,” Stephens said.

In a world going through a pandemic and facing the existential threat of climate change it can be easy to hide away and feel like we’re too small to do anything about it, she explained.

They understand the value of people

Something that is often overlooked at school is that people matter, Stephens said.

Although all the people in her book, as well as herself, have initiated things, they haven’t done it alone. Soft skills are important to respect, inspire, and get the best out of people, she said.

Stephens said that this was something she was initially slow to understand: “We give to other people but an acceptance to reach out a hand to be helped by other people is also important.”

Ultimately no one could have achieved what they did without help from others, Stephens added.