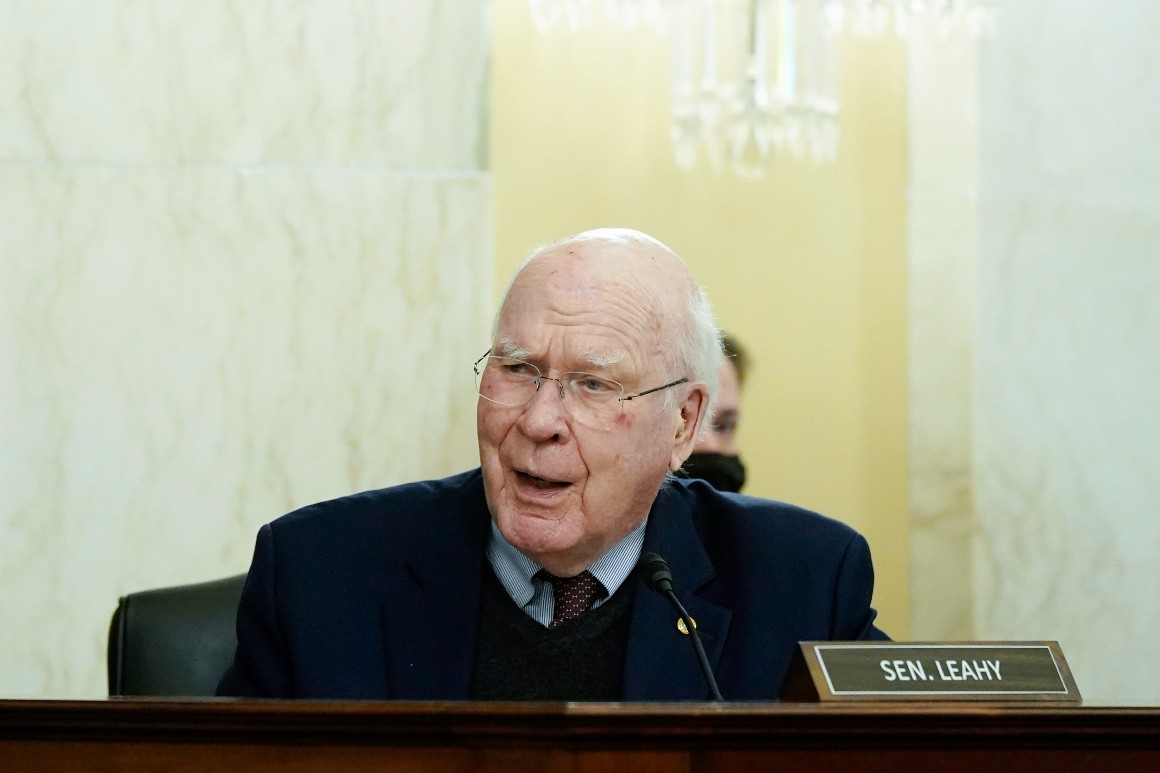 Congress has overwhelmingly backed a $25 billion increase to President Joe Biden’s Pentagon budget, but the battle over defense spending is far from over.

Biden last week signed annual defense policy legislation that calls for significantly boosting his $715 billion Pentagon blueprint to $740 billion. But the just-enacted National Defense Authorization Act doesn’t actually provide any money, and lawmakers have until mid-February to reach a deal to fund the Pentagon and other federal agencies for the rest of the fiscal year.

There are, however, signs that Congress is inching toward a deal, after POLITICO first reported that House Democratic appropriators are preparing to agree to a larger defense budget than either they or Biden wanted.

In the meantime, though, the Defense Department — and all other federal agencies — are stuck at even lower budget levels agreed to during the Trump administration because they are funded through a temporary measure.

“We can stand here … and declare our unwavering support for our troops and their families. We can claim to support a strong national defense,” Senate Appropriations Chair Patrick Leahy (D-Vt.) said in a floor speech last month. “But until we put our money where our mouth is and provide the funding we say we support, then those words ring hollow. It’s only rhetoric.”

The government is now operating under a continuing resolution that runs out on Feb. 18. Lawmakers need to pass spending legislation before then or risk trapping agencies at last year’s levels, a prospect that’s particularly unpopular in the halls of the Pentagon.

House Democrats plan to shine a light on the dire budget situation next week when top Pentagon officials testify on the impact of temporary funding on the military.

While Democrats appear ready to accept a defense boost, top Republicans are also insisting on “parity” between spending on the Pentagon and non-defense programs as well as ground rules for handling contentious policy riders — including whether to renew the Hyde Amendment that bars federal funds for abortion.

The top Senate Appropriations Republican, Sen. Richard Shelby (Ala.), spoke with Leahy about a spending deal on the floor Wednesday, and said negotiations are headed in the right direction.

“We’re still talking, and we’re not there yet. We also are aware that we’ve got a Feb. 18 deadline,” Shelby told POLITICO. “Could we meet it? Probably not, but I’d like to see us do it.”

A full-year spending package is within reach, he added, if Democrats and Republicans can agree on the balance of defense and domestic spending along with policy riders.

“If we could cut a deal, and it’s something we could live with, that’s what this place is about,” Shelby said. “And that’s what we have to do sometimes. But it has to be something that would be palatable to our caucus and theirs too — maybe not everything everybody wants.”

Senate Minority Leader Mitch McConnell underscored the framework of “basic traditional riders, no poison pills and parity for defense and non-defense” for a spending deal on Tuesday.

“To the extent that the Democrats are willing to meet those conditions, then I would think we’d have a chance of getting an omnibus appropriation Feb. 18,” McConnell told reporters.

The Pentagon side of the ledger may well be the least contentious part of the deal to clinch. Signs so far point to more defense cash if a full-year spending deal emerges.

House Appropriations Chair Rosa DeLauro (D-Conn.) and her committee staff have made calls to members over the recess to see if they’d support spending more on the Pentagon than the administration wants. DeLauro has said she’d be open to boosting defense spending to secure a full-year omnibus spending bill. Democrats and Republicans on both sides of the Capitol joined forces to supersize the price tag of defense policy legislation by $25 billion. And while the House Appropriations Committee was the only panel that stuck with Biden’s lower budget request in its fiscal 2022 defense appropriations bill, draft Pentagon spending legislation released by Senate appropriators this fall backed the higher increases called for in the NDAA.

“I think the number on the defense side is pretty well there — everybody understands what that number’s going to be, both in the House and the Senate and the White House,” Rep. Ken Calvert of California, the top Republican on the House Defense Appropriations panel, told POLITICO in a December interview. “The negotiation is on how much do they lower non-defense discretionary spending.”

Despite the momentum for more military money, congressional leaders have been at odds over Democratic efforts to up spending for domestic agencies.

Republicans have long complained that the Defense Department is singled out in Biden’s budget request, whose original level they contend would be swallowed by inflation and wouldn’t keep up with world threats.

With a continuing resolution now poised to consume more than a third of fiscal 2022, the military is losing out on as much as $36 billion in added cash, compared to the level endorsed by the NDAA. The Pentagon is operating at the $704 billion budget level agreed to near the end of the Trump administration, even lower than Biden’s $715 billion proposal that was rejected by Congress.

“You’re losing purchasing power under the CR, 100 percent,” explained Mackenzie Eaglen of the conservative American Enterprise Institute. “And you’re losing it double with inflation. So it’s a double whammy.”

Stopgap funding also bars the Pentagon from starting new initiatives or ramping up existing ones unless lawmakers grant an exemption.

Initiatives greenlit by lawmakers in the NDAA — such as more than $7 billion aimed at deterring China in the Indo-Pacific region and a $4.7 billion increase to shipbuilding efforts to purchase five more ships than the Navy requested — won’t be fulfilled under a continuing resolution.

Lawmakers, administration officials and the defense industry have also expressed concerns that efforts to field hypersonic missiles will fall behind without increased spending this year, even as policymakers worry about China’s recent gains on the new weapons.

Others have warned that military readiness will be hurt if a 2.7 percent troop pay raise takes effect without increased funding, forcing the Pentagon to raid other accounts to cover the added cost of higher military pay.