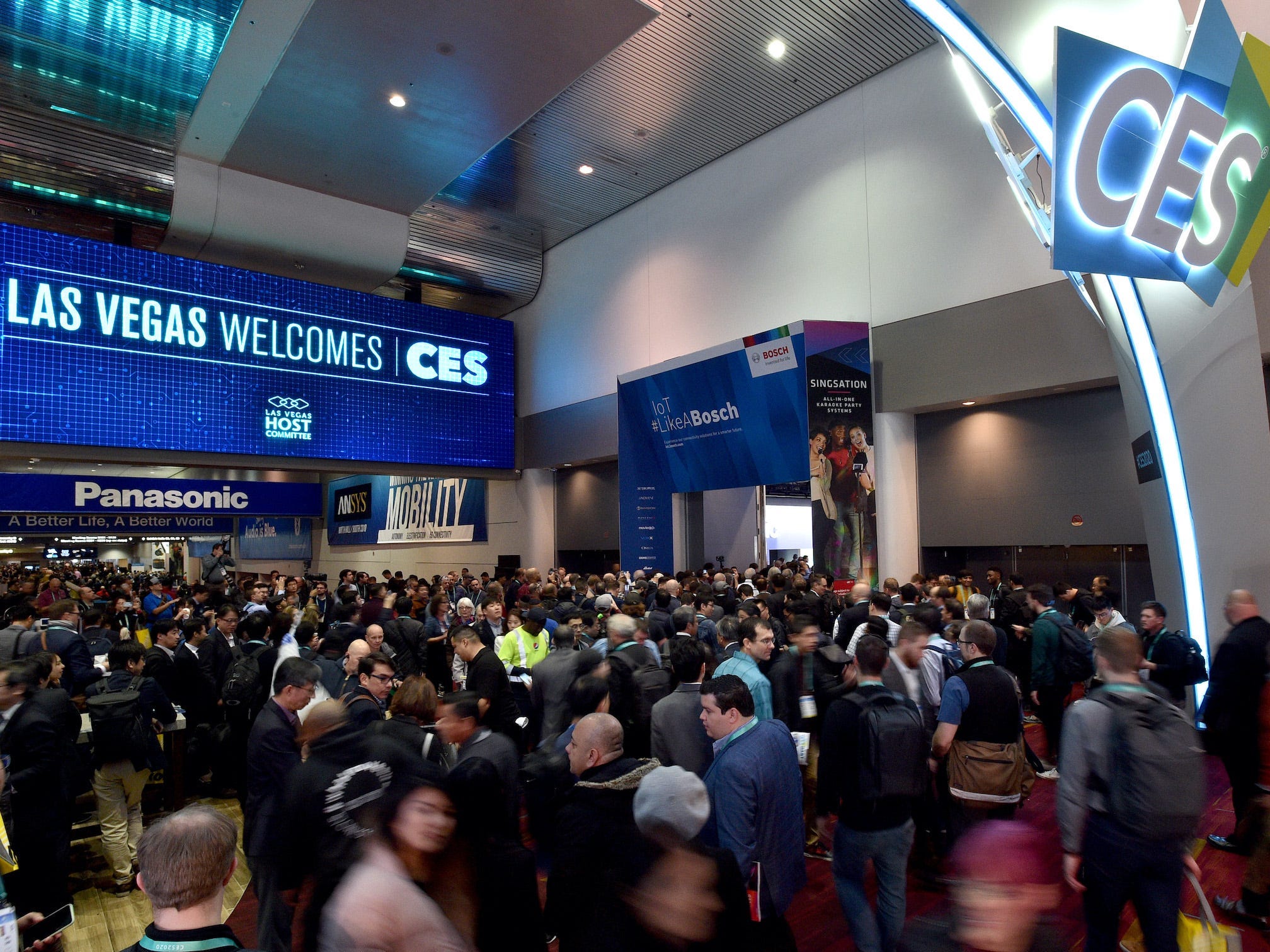 Major companies are pulling out of in-person events at the tech world’s biggest conference of the year.

The Consumer Electronics Show is set to kick off on Wednesday, with tech companies, executives, and journalists converging on Las Vegas, Nevada, after a virtual-only event in 2021. But as the conference draws nearer, some of its biggest attendees are reconsidering plans to attend as the Omicron variant rips through the US.

Connected-fitness company Peloton said on Monday that it no longer plans to attend the invite-only Leaders in Technology dinner at CES. Unlike in previous years, the company is not exhibiting its products on the show floor — the dinner would have been Peloton’s only event at the conference.

“While the organizers have taken every possible health and safety precaution, we have made the difficult decision not to attend this year’s Leaders In Technology dinner in person given the ongoing challenges of the COVID-19 pandemic,” a Peloton spokesperson told Insider. “We thank the CTA for all of their hard work and look forward to attending future conferences.”

Procter & Gamble has also opted out of in-person attendance as the Omicron variant spreads nationwide, instead shifting to a virtual press conference. And an AMD spokesperson told Reuters that it was also shifting its in-person engagements online “in the best interest of the health and safety of our employees, partners, and communities.”

Some major firms, including Samsung, LG, BMW, Qualcomm, and Sony, are still planning to attend the show, according to TechCrunch.

On Friday, the Consumer Technology Association, which organizes CES, announced that the conference will close one day earlier than planned in response to rising COVID cases. But the CTA has doubled down on holding the event in person: Gary Shapiro, the group’s president and CEO, wrote in the Las Vegas Review Journal earlier this month that the show “will and must go on.”

“If we cancel the show, we will hurt thousands of smaller companies, entrepreneurs and innovators who have made investments in building their exhibits and are counting on CES for their business, inspiration and future,” Shapiro wrote. He went on to say that he anticipates that not canceling will result in a “drumbeat of press and other critics who tell the story only through their lens of drama and big name companies.”

CES typically draws over 170,000 attendees and spreads out over nearly 3 million square feet at the Las Vegas Convention Center, as well as hotels throughout the Las Vegas Strip. In 2020, the last time the event was held in person, 4,419 companies exhibited.

The event waned in popularity as some major companies opted to hold their own keynote events versus making product announcements at the conference, but with the rise of the smart home in recent years, tech giants like Google and Amazon have upped their presence at the show — even Apple attended the event 2020 for the first time since 1992.

But with positive daily COVID cases currently averaging well over 1 million worldwide, it’s unlikely CES 2022 will be as well intended as organizers hoped.