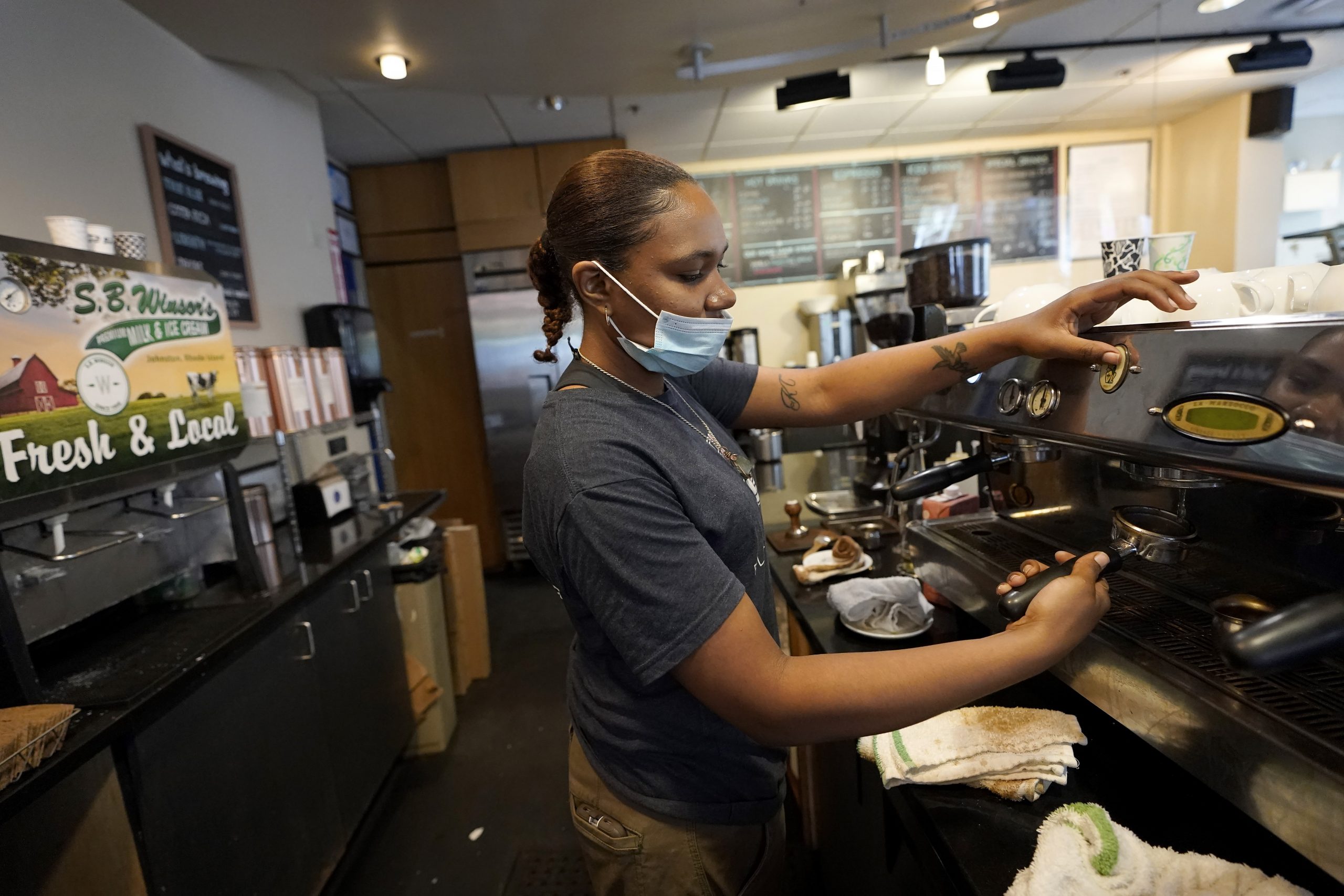 Wage gains for American workers are beginning to slow, threatening one of the few positive trends for the economy since the pandemic. But that could be good news for the nation’s labor force.

The government on Wednesday reported that inflation soared 9.1 percent in June — the biggest 12-month jump since November 1981. Prices rose across the board, but not because of salary increases, which have actually leveled off in recent months.

That matters because if prices and wages keep pushing each other up, the Federal Reserve — already under tremendous strain to rein in inflation — might be forced to move even faster to ramp up interest rates, throwing people out of work and thrusting the economy into a painful recession. Instead, slower wage growth could help bring down prices and ultimately mean less sting for the average worker.

“If we have a wage-price spiral, the Fed really has to slam on the brakes,” said Dean Baker, a senior economist at the progressive Center for Economic and Policy Research. “You can’t have that if wage growth is slowing, and it clearly is.”

“This takes an enormous amount of pressure off the Fed,” Baker said.

For now, that’s cold comfort to millions of Americans who are seeing less and less money left over in their wallets after their monthly expenses. The trend has contributed to a dour national mood that could feed fears of an impending economic slump and doom Democrats’ prospects at the polls in November.

The latest consumer price index report showed that prices skyrocketed by 1.3 percent in June alone from the previous month, partially reflecting a jump in gas prices that has since begun to ease. Senior administration officials told reporters on a call before the data was released that this would mean that any top-line inflation number is overstating what Americans are experiencing now. But while administration officials had hoped for good news in so-called core inflation, which excludes the more volatile food and energy prices, costs there also accelerated.

The Fed generally pays more attention to core inflation than to the top-line number, because it’s considered a better indicator of where prices are headed, though Chair Jerome Powell has warned that rising gas prices might fuel expectations of higher inflation.

Average wages this year are up more than 5 percent from a year ago, the fastest pace since Ronald Reagan’s presidency. But that has caused concern at the Fed that the trend might accelerate and feed back into price increases, which have already been eating away at those impressive gains. The steady decrease in the speed at which wages are rising could allay those fears.

In a memo to reporters, White House National Economic Council Director Brian Deese and Council of Economic Advisers Chair Cecilia Rouse noted that average hourly earnings grew at a 4.2 percent annualized rate in the three months ending in June, down from 4.8 percent the previous quarter and 6.1 percent in the last quarter of 2021.

The picture for wages when adjusted for inflation “is terrible right now,” said Jason Furman, former chief economist for President Barack Obama and a professor at Harvard University. That’s because people are getting raises much more slowly than prices are rising.

But the slowdown in wage increases “might mean the Fed needs to raise less aggressively, so it can do a better job of preserving jobs,” Furman said.

Slowing wage data has increased optimism among some economists that the Fed will be able to avoid causing a recession. But an important component of that outlook is that inflation will still need to come down.

The central bank and other forecasters still expect some of the big drivers of price spikes — like supply chain snarls — to eventually fade, while global prices for food and oil might stay high but stop rising. That too could help the Fed avoid having to cause a significant increase in unemployment in its battle against inflation. But nothing is guaranteed.

Arindrajit Dube, a professor at the University of Massachusetts Amherst and a research associate at the National Bureau of Economic Research, said wages now seem to be rising at a reasonable rate that isn’t problematic from an inflation perspective.

“But if wage growth slows down a little and inflation stays high, that’s not good for workers,” he said. “Threading the needle is what we’d like to see happen.”

From the Fed’s perspective, officials don’t want to see inflation become a more permanent feature of the economy through pay raises.

“If it’s not built into wages, then it’s unlikely to be a long-run entrenched phenomenon,” Dube said.