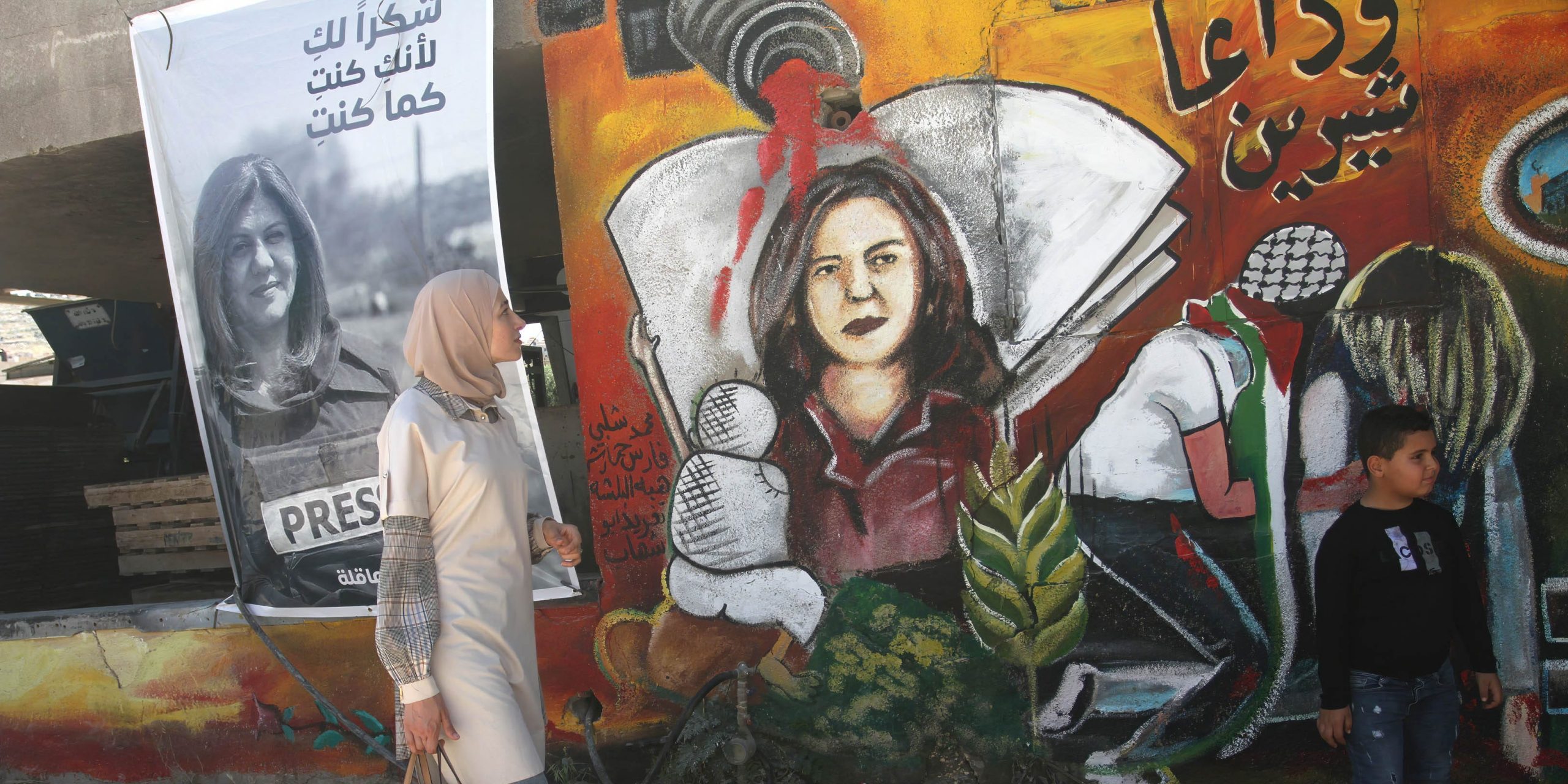 Palestinians visit the site where Al Jazeera correspondent Shireen Abu Akleh was killed in the city of Jenin in the occupied West Bank on May 18, 2022.

The Palestinian Authority gave the bullet that killed Palestinian-American journalist Shireen Abu Akleh to a US official for ballistic testing, Axios reported.

“We agreed to transfer the bullet to the Americans for examination,” Akram al-Khatib, General Prosecutor for the Palestinian Authority, told Reuters, but did not provide any additional details.

Senior Israeli officials told Axios the bullet was given to US security coordinator Lt. Gen. Mike Fenzel on Saturday and said they expect the results to be ready on Sunday.

Abu Akleh was killed on May 11 while reporting on an Israeli military raid in the West Bank city of Jenin. She was wearing a helmet and a vest marked with “Press,” at the time of the shooting. A Palestinian investigation as well as independent investigations by several news outlets concluded that an Israeli bullet is what killed Abu Akleh.

Axios reported that the Palestinians did not trust Israeli authorities and refused to hand over the fragment of the bullet that was taken from Abu Akleh’s body. The US had been requesting the bullet for weeks.