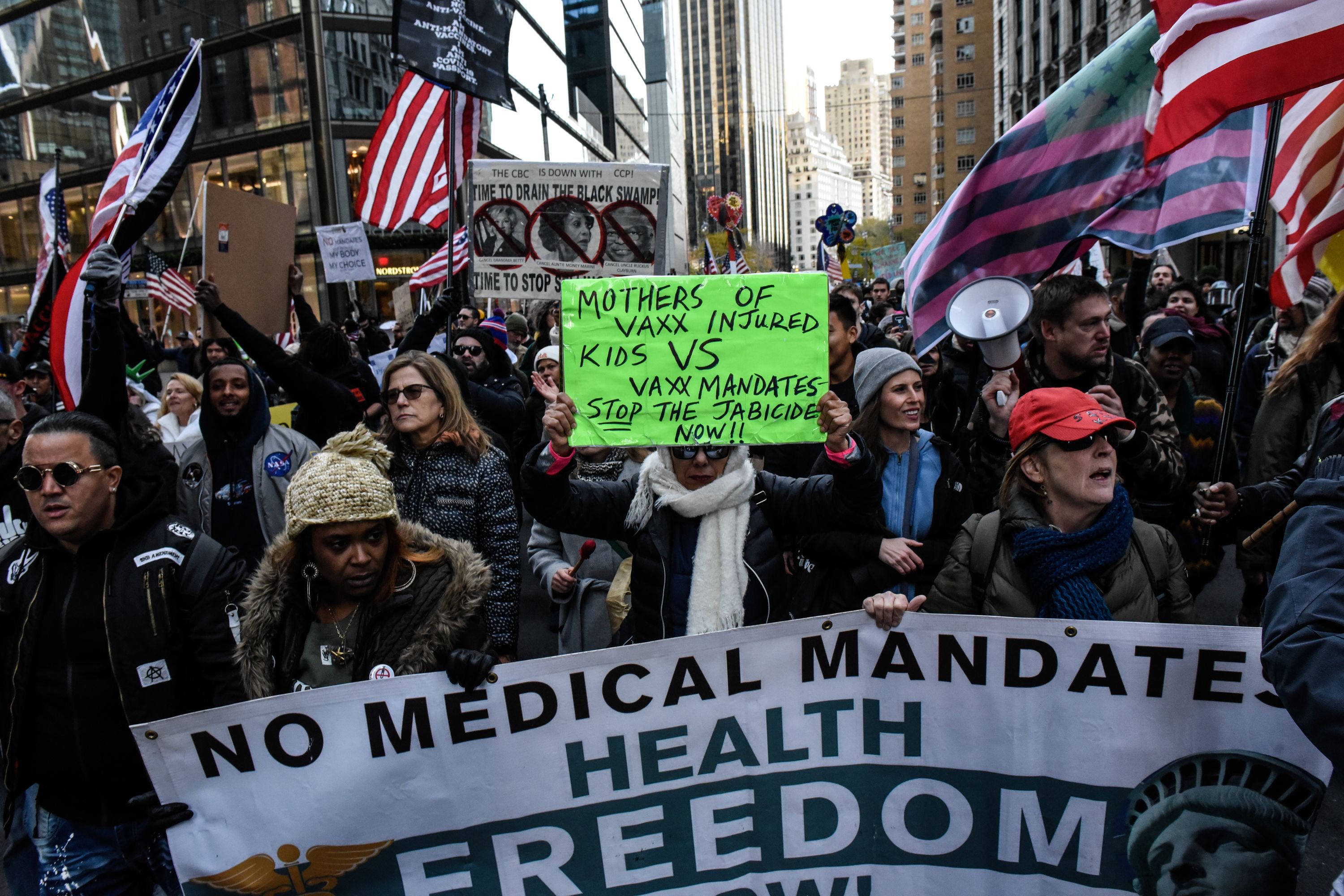 Thursday’s Supreme Court decision blocking the federal government’s mandate that large businesses require vaccinations or tests of their employees is being seen as a blow to the Biden administration’s efforts to combat the Covid-19 pandemic. It is certainly that, despite the court’s split decision allowing the same mandate to remain in force for medical facilities that accept money under the Social Security Act.

But the biggest loser coming out of these decisions is not the president’s reputation as a problem solver but decades of constitutionally established power-sharing between the legislative and executive branches. And the winner, if that’s the right term, is the Supreme Court itself, which has executed an unprecedented power grab and masked it as an act of judicial restraint.

How did the court’s conservative 6-3 majority pull this off?

Here’s the key passage with the court’s unsigned opinion: “Although Covid– 19 is a risk that occurs in many workplaces, it is not an occupational hazard in most. Covid–19 can and does spread at home, in schools, during sporting events, and everywhere else that people gather.” Because the statute gives the Occupational Safety and Health Administration authority to enact standards “reasonably necessary or appropriate to provide safe or healthful employment,” it reasoned, and Covid-19 doesn’t just spread in the workplace, OSHA acted outside its lane of authority. The vaccine-or-test mandate “draws no distinctions based on industry or risk of exposure to Covid-19,” and thus cannot be enforced. “[M]ost lifeguards and lineman face the same regulations as do medics and meatpackers,” for example.

The logical flaw in the majority’s reasoning is that this line-drawing isn’t required by the actual 1970 law (the Occupational Safety and Health Act) that established OSHA. Back in 1979, the Court recognized in Industrial Union Department v. American Petroleum Institute that OSHA has “broad authority … to promulgate different kinds of standards.” Justice Stephen Breyer in his dissenting opinion thus explained: “The Standard falls within the core of the agency’s mission to ‘protect employees’ from ‘grave danger’ that comes from ‘new hazards’ or exposure to harmful agents,” as set forth in the relevant part of the OSH Act.

What the majority is really saying, then, is that it doesn’t like how much power Congress gave to OSHA in the first place. The question of whether Congress can delegate its lawmaking powers to executive branch agencies has been debated for decades. But since the 1930s, the court has basically allowed Congress to give agencies rulemaking power under Article I’s “Necessary and Proper” clause, in part on the theory that courts lack the kind of expertise that agencies have. Moreover, even though they are not elected, agency employees answer to someone who is accountable to voters: the president.

This is known as the delegation of legislative power. Instead of keeping its lawmaking power for itself, Congress gives the executive branch the power to fill in the inevitable blanks it leaves in legislation. When executive branch agencies respond, the resulting laws are often known as “regulations.” But they function with virtually the same force of law as an act of Congress itself. The legal critique of the practice of handing off lawmaking power to agencies has not garnered traction in the Supreme Court for nearly a century. Only a tiny handful of court decisions in the New Deal era struck down Congress’ decisions to delegate legislative authority under the so-called non-delegation doctrine.

The court’s majority opinion signals that this Supreme Court is poised to strike down an undisclosed segment of federal regulations that don’t follow express, detailed authority from Congress. And even more troubling, the court’s conservatives have apparently determined that Congress may do so only if the subject matter of the law implicates what the court deems a “major question,” a nebulous and undefined term that has no textual support in the Constitution. Because our polarized Congress is shockingly dysfunctional when it comes to substantive policy, it doesn’t bode well for the country’s legislative needs.

So, there’s a looming Supreme Court threat to the viability of federal regulations as the ongoing bread-and-butter means of passing laws that span virtually every aspect of American life, from workplace safety and environmental protection to financial regulation and national child welfare. And these government actors aren’t elected or susceptible to losing their jobs at the ballot box. If a new threat to human health arises that affects workers by the millions, then Congress better have predicted the specific threat in the legislation enabling an agency to deal with it — or get its act together and pass actual emergency legislation under Article I. Of course, the horrors and unknowns of Covid-19 belie the feasibility of this option. The court is essentially saying, “Unless the states step in to address the next epic pandemic, you’re on your own, folks.”

Justice Neil Gorsuch’s concurring opinion lays out the conservatives’ theory well, even tying it expressly to the non-delegation doctrine. When the federal government acts, he explained, “[i]t must … act consistently with the Constitution’s separation of powers. And when it comes to that obligation, this Court has established at least one firm rule. ‘We expect Congress to speak clearly’ if it wishes to assign to an executive agency decisions ‘of vast economic and political significance.’” For this proposition, Gorsuch cites a decision from 2019 and one from 2021 — both recent, and both issued in an era of modern conservative-leaning jurists dominating the court. Gorsuch notes that “[w]e sometimes call this the major questions doctrine.”

Since 1984, the operative doctrine for reviewing agency regulations was not the major questions doctrine. Instead, it’s set forth in a landmark case called Chevron, U.S.A., Inc. v. Natural Resources Defense Council, Inc. Under that decision, the Supreme Court resisted the power to rewrite regulations by judicial fiat, instead holding that so long as Congress gives the agency rulemaking power by statute, the agency can reasonably exercise its discretion to fill in the gaps of the legislation by issuing rules. If the agency does this, courts should defer to the policymaking judgment of the agency, on the theory that they have more relevant substantive expertise than federal judges. For example, the public is undoubtedly better served by experts at the Nuclear Regulatory Commission making rules about reactor safety and security than unelected generalists in black robes.

The conservatives’ major questions doctrine puts that power solidly in the judicial branch, handing it ultimately to Supreme Court justices who can now decide which laws they like and don’t like with virtually no oversight or constraints. This amounts to a constitutional power-grab. But not by agencies. It’s by the Supreme Court itself.