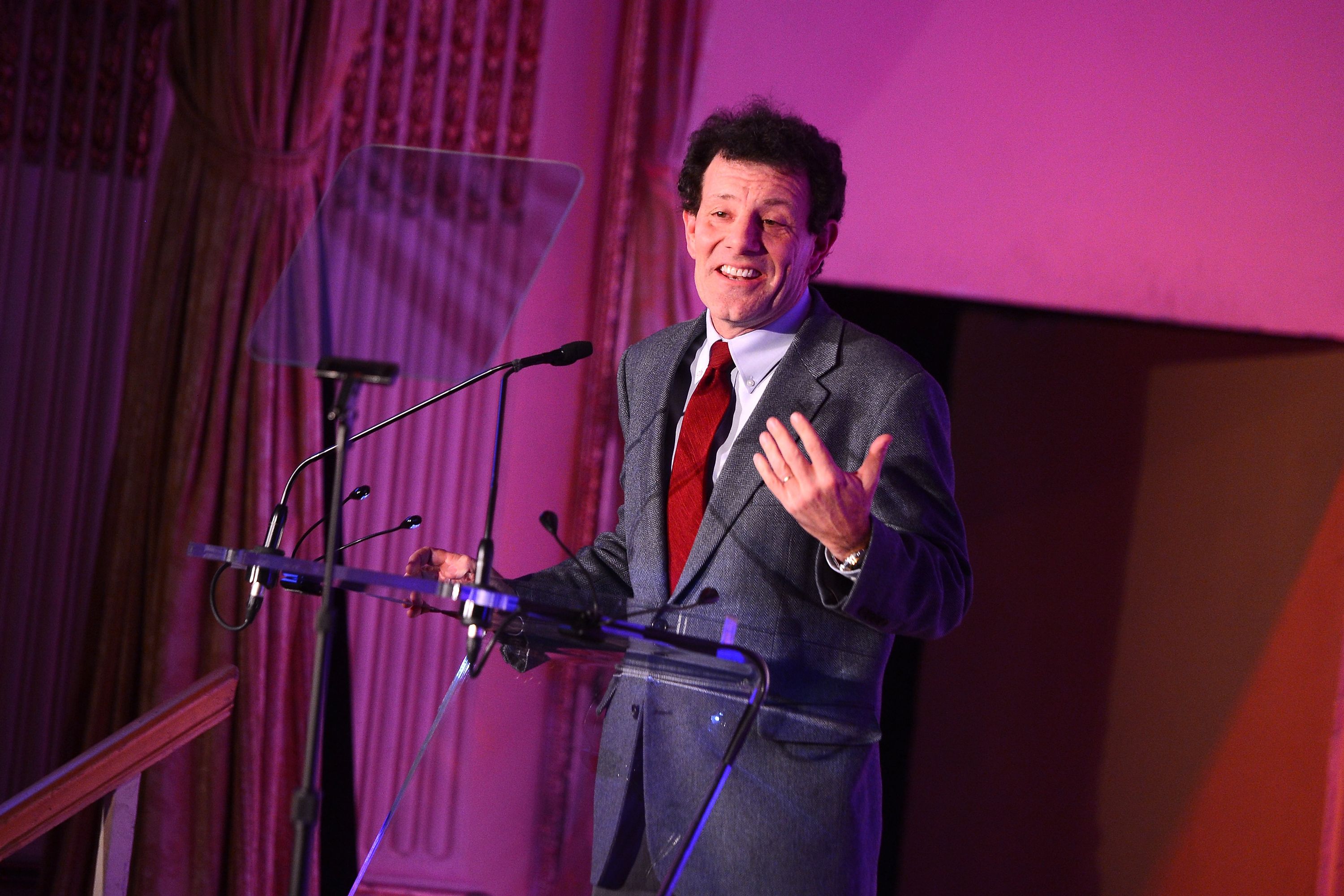 Has Oregon candidate for governor Nicholas Kristof — a former New York Times columnist — been huffing fumes from Donald Trump’s helicopter? Yesterday, after Oregon Secretary of State Shemia Fagan disqualified Kristof’s candidacy for governor because he did not satisfy the residency requirements for the office, he rushed to Twitter to declare that the ruling is unfair and his campaign would continue!

“A failing political establishment in Oregon has chosen to protect itself, rather than give voters a choice. We will challenge this decision in court, and we are confident we will prevail, because the law is on our side,” Kristof tweeted, vowing to appeal the decision.

The “failing political establishment” Kristof was referring to was, of course, the Democratic Party under whose flag he is running. But no matter. For Kristof, as for Trump, the near enemy of his party colleagues is far more treacherous than the far enemy of the opposing party. At a Thursday press conference, he offered this Trumpian non sequitur about the opposition coming from his own party. “Instead of working to end homelessness, they’re working to end my candidacy,” he pouted.

The secretary of state might be a running dog of Oregon’s political establishment, but her argument against Kristof’s candidacy seems entirely rational. The residency requirements for candidacy are not “clear-cut,” as Portland’s alt-weekly Willamette Week notes: A candidate for governor must be a resident of three years standing, though “resident” isn’t defined. But as the Oregonian reported, Kristof voted in New York state in the 2020 general election, he maintained his New York driver’s license through December 2020, and he paid New York income taxes beyond November 2019. These lapses and choices converged, the secretary of state decided, to make Kristof a nonresident for the purposes of his candidacy. Kristof might call himself a native bird, but unless a judge overrules her, Fagan is the relevant taxonomist here.

The most disturbing part about Kristof’s MAGA response to his DQed candidacy is how off-brand his tirade is. In his New York Times columns, he’s been a by-the-rules stickler, endorsing due process and rule of law at most junctures. But Kristof the politician seems to think that just because he wants to be governor and just because he grew up in Oregon and just because he still owns a farm there and just because he has deep roots in the state, he deserves a spot on the ballot. Imagine this sort of governance-by-whim by Kristof should he decide to impose a statewide emergency, which governors in Oregon and other states can declare. Do Oregonians want him to riff off the top of his head and interpret the statutes to satisfy himself or do they want a more Talmudic reading of those powers? If satisfying the residency requirements for candidacy was an audition for Kristof’s fitness for office, you’d have to reject him.

As Trumpian and as imperious as Kristof might seem, his case does provide ammunition against the inconsistent and often ridiculous residency requirement many public offices require. If Kristof were running for the governorship of Florida, that land of transients, he would have to prove residency for an astounding seven years! But if he decided to run for Congress or the Senate from Florida (or any other state), establishing his mere “inhabitancy” at election time would suffice. To run for a seat in the House of Representatives, you don’t even have to live in the district you intend to represent. The patchwork of residency requirements is so tattered that a school board member in Illinois got away with serving on his board after moving to Florida.

Residency requirements for state and local offices might be stupid, but they’re constitutional. So why do they exist? The arguments vary. Kristof is sort of right when he blames residency nitpicking on the existing political establishment. In the former Confederacy, candidates who migrated from the North during Reconstruction were labeled opportunists and meddlers in the “Southern way of life” and maligned as “carpetbaggers.” But few carpetbaggers fit the venal stereotype, historian Eric Foner has noted. “Most ‘carpetbaggers’ were former soldiers from middle-class families who went South seeking a livelihood, not political office. They aroused hostility because they upheld the equal civil and political rights of blacks,” he wrote.

Some proponents of modern residency requirements defend them as a way to prevent grasping outsiders, who don’t know anything about the state or locality, from buying their way into office and squeezing local candidates out of contention. Others defend residency requirements as the best way for voters to get to know the candidates and the candidates to get to know the populace. Even if this was once true — and it probably wasn’t — it’s not true today when a candidate can come up to speed on his state and its voters can get up to speed on him quickly through mass media. And if residency requirements were all that essential, the framers of the Constitution would have imposed them. But they didn’t, which is why Robert F. Kennedy and Hillary Clinton were allowed to tote their carpetbags into New York state and claim U.S. Senate seats. Both turned out to be pretty good representatives, disproving the maxim that outsiders are bad and insiders are good.

Like occupational licensing and other red-tape regulations, the residency requirements for public office serve mostly to protect incumbents from open competition. I previously opposed the Kristof candidacy in this column, writing that somebody who has demonstrated an ability to boss paragraphs around but possesses no political experience shouldn’t be given the keys to the governor’s mansion. But there’s also nothing magically qualifying about a candidate who has lived in a state for seven years compared with one who has lived there only seven months. Carpetbaggers and even semi-carpetbaggers like Kristof, shouldn’t be excluded from running for office just because they don’t satisfy an arbitrary set of prerequisites. Kristof shouldn’t be allowed to run just because he wants to run, but residency provisions are a sham. Next time the office comes up on the ballot, let Oregon voters decide for themselves if they want a part-time resident and self-righteous do-gooder columnist to run the executive branch.

A simple and fair rule of thumb for political candidates would be this: Qualifying to vote should qualify you to run for office.

I would love the right to vote against Nick Kristof. Is there such a thing as a write-in vote against somebody? Send your ballots to Shafer.Politico@gmail.com. My email alerts are registered to vote in all 50 states. My Twitter feed follows Nick Kristof’s. My RSS feed votes several times in several elections every Election Day using Nick Kristof’s name in an attempt to get him arrested for voter fraud.