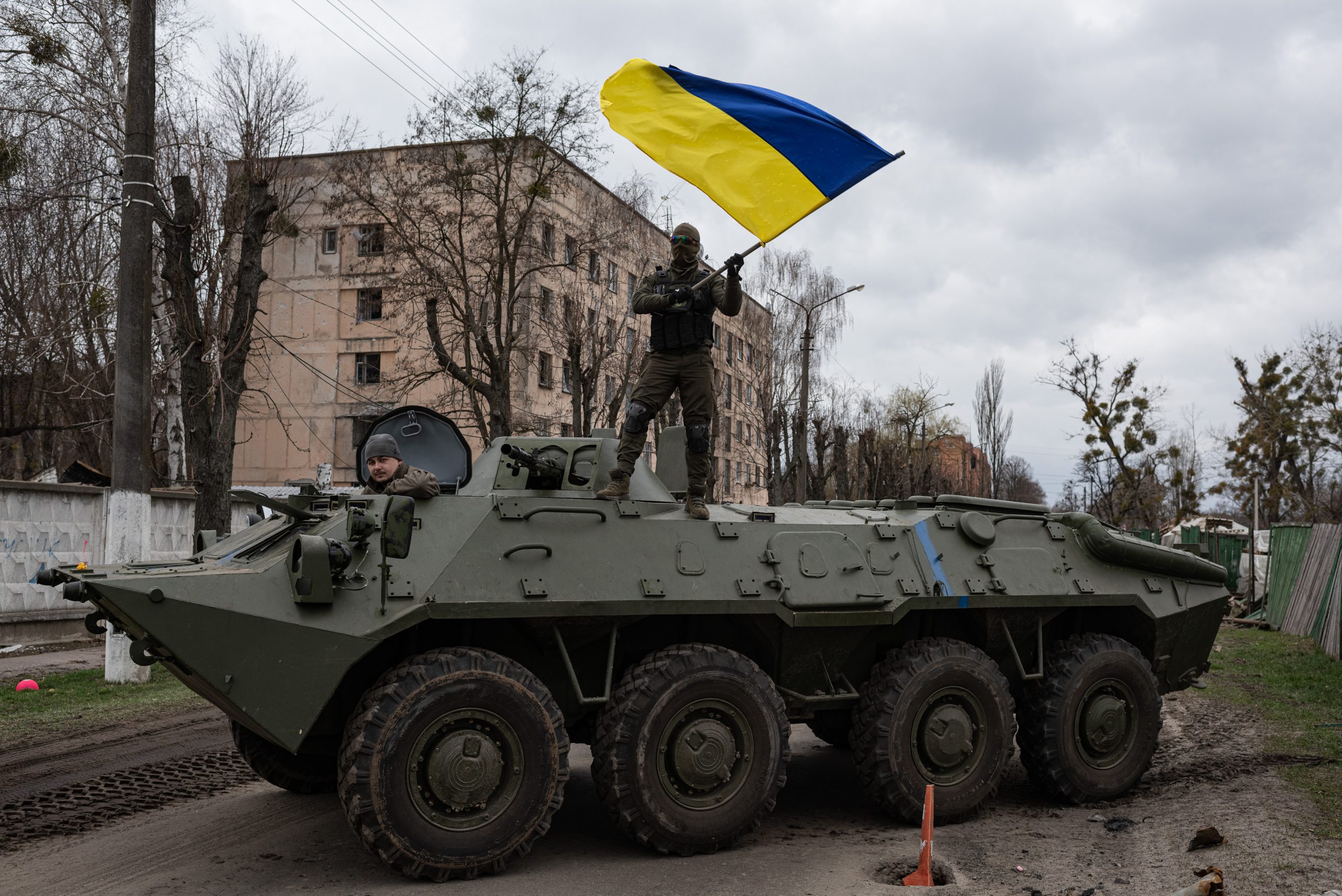 As the war in Ukraine grinds through its fourth month, defiant Ukrainians continue to bloody Russian’s invasion force. The United States and its allies are backstopping Ukraine’s staunch defense of its territory through a steady inflow of weapons. The goal, as President Joe Biden put it in a recent essay in the New York Times, is “to work to strengthen Ukraine and support its efforts to achieve a negotiated end to the conflict.”

A negotiated end to the conflict is the right goal — and one that needs to arrive sooner rather than later. Ukraine likely lacks the combat power to expel Russia from all of its territory, and the momentum on the battlefield is shifting in Russia’s favor. The longer this conflict continues, the greater the death and destruction, the more severe the disruptions to the global economy and the food supply, and the higher the risk of escalation to full-scale war between Russia and NATO. Transatlantic unity is starting to fray, with France, Germany, Italy and other allies uneasy about the prospect of a prolonged war — especially against the backdrop of rising inflation.

But if Biden is serious about facilitating negotiations, he needs to do a better job of laying the political groundwork and shaping a narrative that prioritizes arriving at a diplomatic endgame. There is still too much hawkish rhetoric in Washington, with U.S. arms flowing to Ukraine “so that it can,” in the words of Secretary of State Antony Blinken, “repel Russian aggression and fully defend its independence and sovereignty.”

Meanwhile, Ukrainian President Volodymyr Zelenskyy insists, not surprisingly, that “victory will be ours” and urges Ukrainians to “defend every meter of our land.” And Biden, even as he makes mention of the need for diplomacy, has so far been unwilling to caution Kyiv against those aims, instead affirming “I will not pressure the Ukrainian government — in private or public — to make any territorial concessions.” “We’re not going to tell the Ukrainians how to negotiate, what to negotiate and when to negotiate,” Colin Kahl, the undersecretary of defense for policy, reiterated this week. “They’re going to set those terms for themselves.”

But Washington has not only a right to discuss war aims with Kyiv, but also an obligation. This conflict arguably represents the most dangerous geopolitical moment since the Cuban missile crisis. A hot war is raging between a nuclear-armed Russia and a NATO-armed Ukraine, with NATO territory abutting the conflict zone. This war could define the strategic and economic contours of the 21st century, possibly opening an era of militarized rivalry between the world’s liberal democracies and an autocratic bloc anchored by Russia and China.

These stakes necessitate direct U.S. engagement in determining when and how this war ends. Instead of offering arms with no strings attached — effectively leaving strategy up to the Ukrainians — Washington needs to launch a forthright discussion about war termination with allies, with Kyiv, and ultimately, with Moscow.

To prepare the ground for that pivot, the Biden administration should stop making claims that could tie its own hands at the negotiating table. Biden insists that the West must “make it clear that might does not make right.” Otherwise, “it will send a message to other would-be aggressors that they too can seize territory and subjugate other countries. It will put the survival of other peaceful democracies at risk. And it could mark the end of the rules-based international order.”

Really? Russia has illegally held Crimea and occupied a chunk of Donbas since 2014. But the rules-based international order has not come to an end; indeed, it has performed admirably in punishing Russia for its new round of aggression against Ukraine. Washington should avoid painting itself into a corner by predicting catastrophe if Russia remains in control of a slice of Ukraine when the fighting stops. Such forecasts make compromise more difficult — and risk magnifying the geopolitical impact of whatever territorial gains Russia may salvage.

The claim that Vladimir Putin will end his trouble-making only if he is decisively defeated in Ukraine is another fallacious argument that distorts debate and stands in the way of diplomacy. Writing in The Atlantic, Anne Applebaum calls for the “humiliation” of Putin and insists that “the defeat, sidelining, or removal of Putin is the only outcome that offers any long-term stability in Ukraine and the rest of Europe.” Secretary of Defense Lloyd Austin wants to weaken Russia “to the degree that it can’t do the kinds of things that it has done in invading Ukraine.”

But this is wishful thinking, not strategic sobriety. Putin is poised to remain in power for the foreseeable future. He will be a troublemaker no matter how this war ends; flexing his geopolitical muscle and burnishing his nationalist credentials are the primary sources of his domestic legitimacy. Furthermore, humiliating Putin is risky business; he could well be more reckless with his back up against the wall than if he can claim victory by taking another bite out of Ukraine. The West has learned to live with and contain Putin for the past two decades — and will likely continue to have to do so into the next.

Finally, Biden needs to start weaning mainstream debate away from the false equation of diplomacy with appeasement. When Henry Kissinger recently proposed in Davos that Ukraine may need to make territorial concessions to end the war, Zelenskyy retorted: “It seems that Mr. Kissinger’s calendar is not 2022, but 1938, and he thought he was talking to an audience not in Davos, but in Munich of that time.” Biden himself asserts that “It would be wrong and contrary to well-settled principles” to counsel Ukraine on potential concessions at the negotiating table.

But strategic prudence should not be mistaken for appeasement. It is in Ukraine’s own self-interest to avoid a conflict that festers for years and instead negotiate a ceasefire and follow-on process aimed at concluding a territorial settlement.

The United States, its NATO allies, Russia, and the rest of the world have an interest in securing this same outcome — precisely why it is now time for Biden to set the negotiating table.