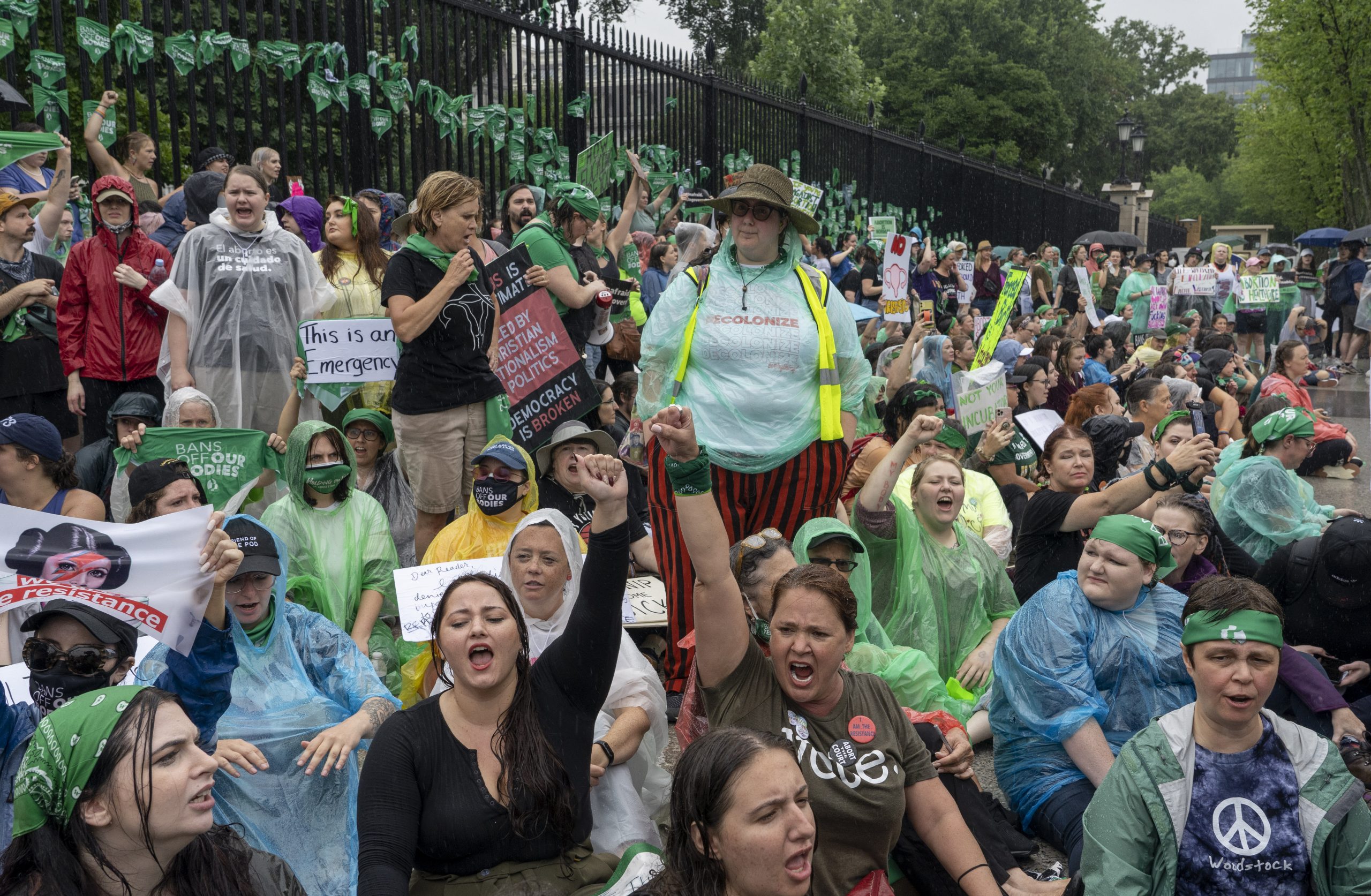 In June, when the Supreme Court voted to overturn Roe v. Wade, it was personal for me. As a man, I am not able to give birth, but as a person with a disability — I like to say a difference — and who is currently using in vitro fertilization to prevent passing my condition on to my children, my rights are under attack, too. The fight for abortion rights is my fight, too.

I was born with a medical condition called velocardiofacial syndrome. It is a partial deletion of Chromosome 22. The scientific name for VCFS is 22q11.2 deletion, and one in every 2,000 people has it. Most cases are not hereditary; however, there is a 50 percent chance that any child I have will be born with this syndrome.

I am now 40 years old. My wife and I are trying to have a baby. We have been through IVF twice with no success. We will be trying again. The reason we are trying IVF is because we do not want to bring a child into this world who has my syndrome.

Many fear IVF will be the next front in the abortion debate. But the possibility that IVF could become illegal is not the only reason I’m writing this. In fact, people with disabilities will be among those worst affected by abortion bans exactly because many of these people don’t have the resources to use IVF like I do — and for many of them, abortion is now illegal.

My wife and I are doing IVF because we wanted to avoid a situation where she gets pregnant, discovers an abnormality through genetic testing and then needs to have an abortion (even though that is our right). We are lucky. We can afford IVF and preimplantation testing, which is very expensive and often not covered by insurance.

Many people, though, don’t have these resources — but still need to test for conditions like mine. Instead, those parents often choose to get pregnant, test the fetus for genetic conditions, and end the pregnancy, in some cases, if such a test is positive. Those rights will end now in many states.

From my own experience, I can tell you what many of these parents and their children are in for and why it is so important to me that we remain able to screen for these kinds of diseases during pregnancies and IVF.

First, let me say that I have a very mild case of VCFS. I have been able to live with most of the symptoms, and I lead a “normal” healthy life. Though cases are different from person to person, here are some of the symptoms: Cleft palate, or deformation of the palate. (I had four surgeries to correct my palate. I had speech defects and was in speech therapy until I was 16. Often, I couldn’t make myself understood.) Heart defects. (At three months old I had open heart surgery, and my heart was repaired with a patch. At 26, I had to get a pacemaker installed.) Bone abnormalities. (I have a very slight bone deformity on my chin. My feet were deformed, and I had to have surgery on each one to correct them.) Middle ear infections. (I can’t count the number of ear infections and surgeries I had. Pneumonia was common for me. So were severe migraines. Having my tonsils out was like a walk in the park.) Seizures. (I had epilepsy from age two to age eight before I finally outgrew it. This meant many trips to the emergency room for life-threatening seizures. The medication for the seizures caused my gums to grow over my teeth and I had to see a dentist every six weeks to have my gums treated, ultimately ending with surgery.) Compromised immune system. (I caught everything that was going around and was sick most of my childhood. I had salmonella many times.) Kidney problems. (I had these for much of my childhood.) Scoliosis of the spine. (I still have that, which makes it difficult for me to stand for long periods of time and causes pain when I exercise.) Learning differences and developmental delays. (I had trouble with reading, math and abstract reasoning; I also had short term memory loss and audio processing problems. I went to special schools all of my life.) Increased risk for mental illness, such as depression, anxiety and schizophrenia. (I have been on many different medications, some were helpful; others made me suicidal.) Some people with VCFS have communication and social interaction problems, including autism. I am not autistic but have had, especially when I was younger, problems communicating and making friends because of difficulties with social cues. I also had short-term memory loss, audio processing problems and difficulty with executive function.

These are just the highlights of my condition. You don’t ever outgrow VCFS.

I am one of the lucky ones. I had two loving parents who had the financial resources and access to the best medical and childcare. My grandparents lived a few blocks away and were wonderfully supportive. Also, I grew up as an only child. My mother, Sally Quinn, was able to quit her job as a reporter for the Washington Post, and for the first 16 years of my life, she and I practically lived at Children’s National Hospital in Washington, D.C., which she credits for saving my life many times. During all of those years my late father, Ben Bradlee, was the editor of the Washington Post.

My parents’ lives changed overnight after I was born. My dad hardly ever traveled after that. My parents never traveled alone together, and they would almost always take me with them when they did. They were my best, and for a long time, my only friends. During all those years, my mom said there were many poor single women with babies at the hospital who had other children at home, long commutes and multiple jobs. These babies were alone for much of the time. My mom and grandmother would take turns holding those other babies. But between them, they never left me alone in my hospital room for one minute. I often wonder what kind of lives those families had.

I never had a say in my own condition, but now, I have a say in whether my child has it — and everyone should be able to have that same right. Who is the Supreme Court to tell me and my wife, or any parent, that we have to bring a child into this world who will suffer? Not to mention the personal hardships they are placing on the parents, the struggling child and other family members. If a fetus or an embryo tests positive for VCFS or any other abnormality that could cause the child suffering throughout their life, the parents should be able to decide whether or not to bring that child into the world, because they are the ones who will have to live with the consequences.

It follows that if states do enact strict abortion laws, then they should be responsible for every child’s life, especially if there are special needs, forever. But that probably won’t happen.

I was once asked in an interview when I was promoting my book, A Different Life, when I was in my early 20s whether I would have an abortion if I knew a child of mine would be born with VCFS. The audience was shocked at the question. I said it was too hard a question and I couldn’t answer it. I know now what I should have said: “It’s none of your business.”