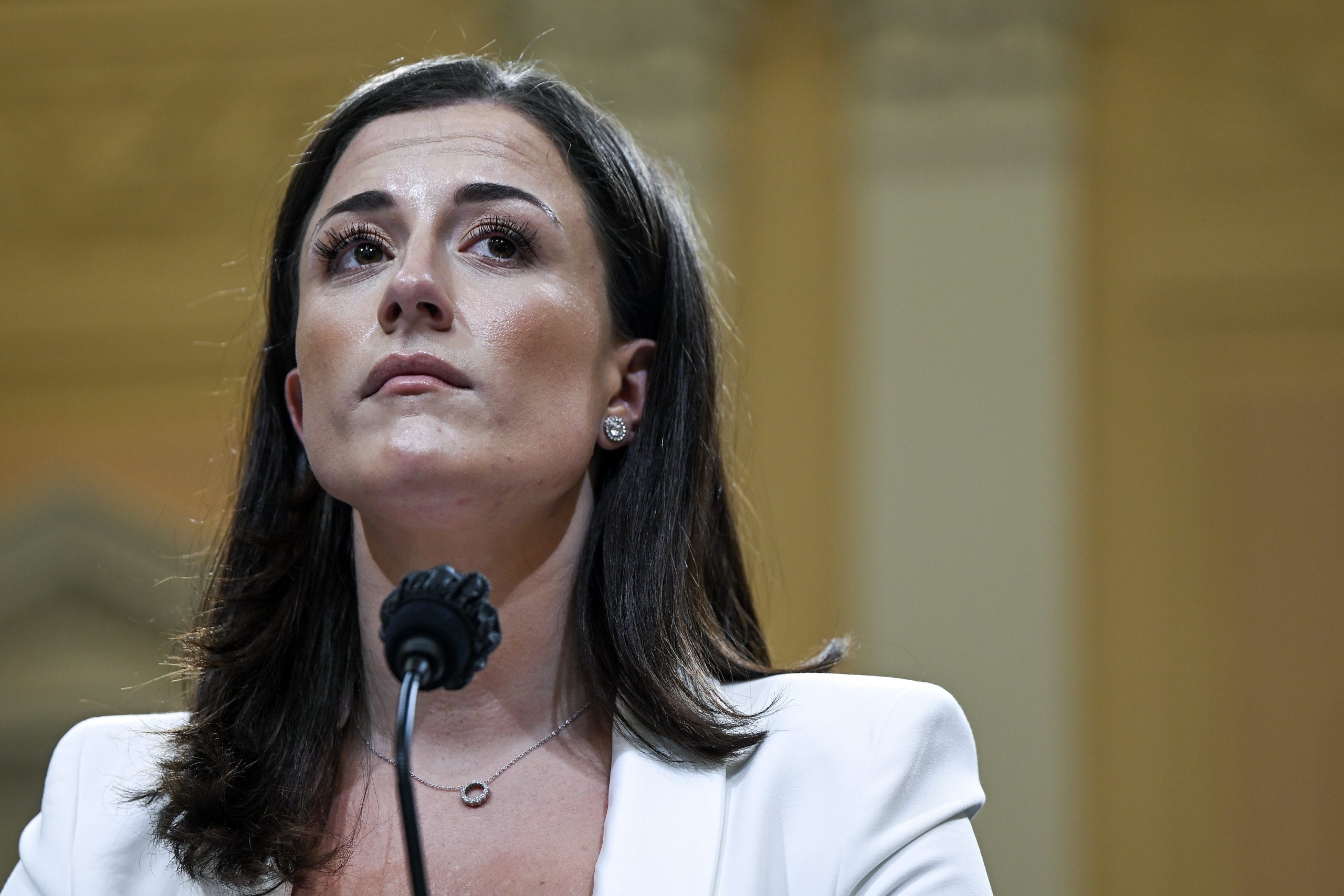 Anyone who has paid attention during Donald Trump’s presidency knows that “explosive” revelations don’t always mean that legal consequences will follow. But Cassidy Hutchinson’s testimony Tuesday actually moved the ball forward significantly toward a potential criminal prosecution of the former president.

Up until today, the most damning evidence we’ve seen publicly has been the actions of the crooked lawyers advising Trump, like John Eastman, Rudy Giuliani and Jeffrey Clark. I’ve previously written that they are the “weak link” for Trump because they made false statements to the government and face potential charges connected to those false statements. DOJ often charges false statements, and they are straightforward cases to prove.

But what makes today’s testimony from Hutchinson, an aide to former Chief of Staff Mark Meadows, different is that it included damning testimony that gives us a window into Trump’s state of mind that would be admissible in court against Trump. Hutchinson was present for conversations involving the president on Jan. 6 in which he clearly announced his disregard for potential violence by his supporters, and she heard firsthand from people who described the president’s fury at being told he could not lead his followers on their march to the Capitol where the presidential vote was to be certified.

As I’ve explained previously, it could be difficult to prove beyond a reasonable doubt that Trump had the “corrupt” state of mind needed to convict him, for example, of obstructing an official proceeding.

In addition, a prosecution of Trump for inciting violence would face a serious First Amendment hurdle. The Supreme Court has long held that only incitement to “imminent unlawful action” is sufficient. The speaker had to know that the crowd would immediately break the law.

But now we have Hutchinson’s testimony that Trump said he didn’t “f—ing care that they have weapons. They’re not here to hurt me” and that they would be going to the Capitol later. This is precisely the sort of “smoking gun” evidence needed to prove that the person speaking meant to incite imminent violence.

The DOJ will understandably be concerned that the Supreme Court — particularly the current court — would find that Trump’s speech was constitutionally protected by the First Amendment. But this evidence should be enough to make them at least consider an incitement prosecution. Before Hutchinson’s testimony, an incitement prosecution would likely fail to clear the high First Amendment hurdle. Now, it is at least a close call and something DOJ should seriously consider.

And to be clear, Hutchinson’s testimony would not be hearsay if offered by the DOJ at court against Trump. Statements by a “party opponent” are not considered hearsay, according to Federal Rule of Evidence 801(d)(2). In this case, Trump would be the DOJ’s “party opponent” in a criminal prosecution of Trump, and her testimony regarding Trump’s statements could be used against him in court.

Hutchinson also provided testimony that gets DOJ closer to what they would need to prosecute Trump for obstructing an official proceeding. That charge requires “corrupt” intent. She testified that Trump tried to grab the steering wheel of his official vehicle (“The Beast”) when Secret Service agents refused to take him to the Capitol. She also testified that when an agent physically blocked Trump from seizing the wheel, Trump himself placed his hand on the agent’s “clavicles,” just under his neck.

Trump’s failed attempt to go to the Capitol, in itself, would not be a criminal offense. But the episode inside The Beast would be powerful evidence of Trump’s intent. Up until now, the picture that emerged of Trump was of someone who engaged in “inaction” while the Capitol was under attack, declining to call off his supporters or to call in police or troops. In itself, that is dereliction of duty, not a crime.

But episodes like trying to wrest the steering wheel show that Trump wanted to be at the Capitol and would have been there if he hadn’t been kept from doing so. He wanted to be there, hands on, for the attack itself. That sheds a powerful light on his state of mind.

Juries are typically instructed to infer a defendant’s state of mind from his words and actions. In this situation, Trump’s actions speak loudly, and they can be used as evidence of Trump’s state of mind when he engaged in earlier actions.

Prosecutors will still need to put together a case that shows that Trump was involved in a conspiracy or scheme that obstructed the Jan. 6 certification proceeding. That’s not the simple task that many would have you believe. But it’s easier than establishing intent.

Hutchison’s testimony is a game changer. Until now, the only readily provable crimes based on what is known publicly were potentially narrow criminal charges against crooked lawyers. Now it looks like an (otherwise unlikely) incitement prosecution is possible, and there may be the “smoking gun” needed for an obstruction charge.

The committee was smart to lock in public testimony from Hutchinson when it had the chance, given the potentially unlawful pressure against her to change her tune. Committee members have to hope that others follow in her footsteps. But they already have much of what they need.