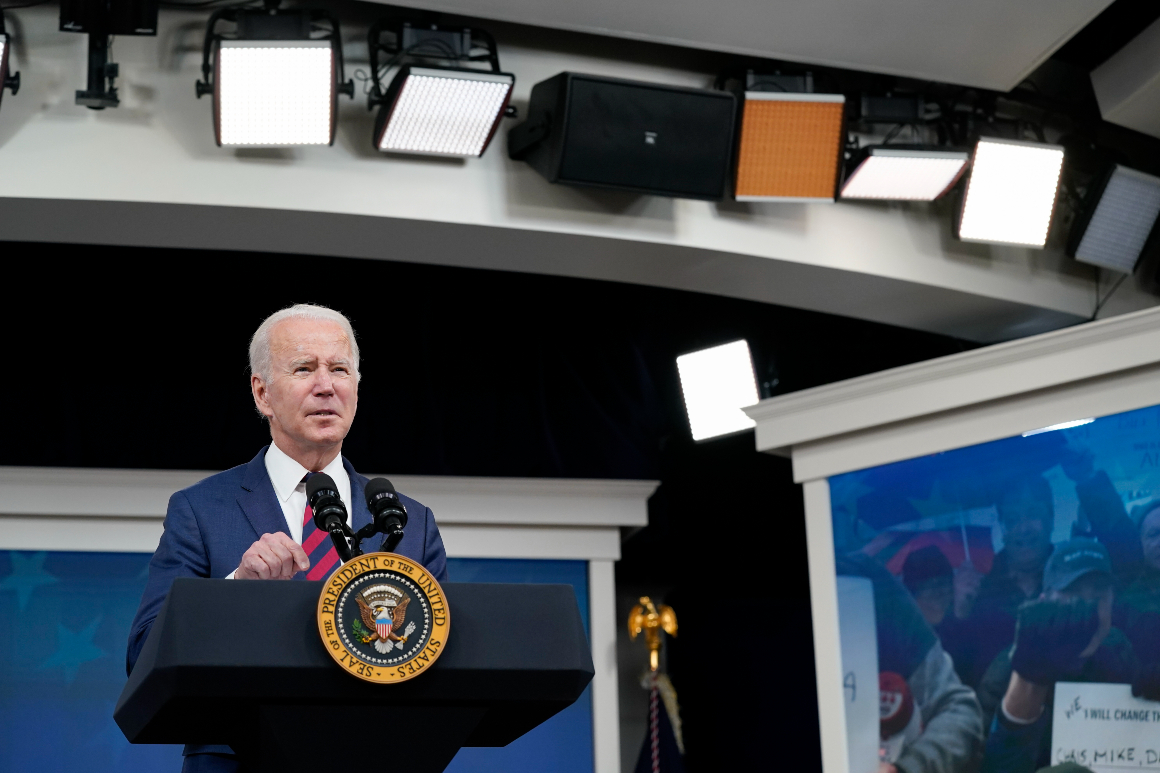 If there’s anything Joe Biden should have learned over the first year of his presidency, it’s that his attacks on Donald Trump’s management of the pandemic in 2020 were unfair.

As the White House struggles to cope with a new Covid wave that might eclipse prior waves in the sheer number of confirmed cases, there should be, in the quiet moments, reflection and regret about the over-the-top assaults Biden and other Democrats made on President Trump and Republican governors for allegedly letting the virus run rampant through pure callousness and neglect. In reality, the virus has proved again and again to work in ways that are out of the control of governments both red and blue.

Now, Biden’s own pledge to “shut down” the virus isn’t aging well. He assumed, not unreasonably, that the vaccines would crush cases, when they have proved a much better protection against severe illness than against getting the virus at all. But he also believed, erroneously, that bad intentions and poor policies from Trump on down were responsible for the widespread outbreak last year, and he assured Americans that, with a change at the top, normal life could be restored.

This was nonsense back in 2020, but partisan self-interest led Democrats and many in the media to believe in this stilted, all-too-convenient account. Now, with Covid variants continuing to wreak havoc, they should know better.

Indeed, if Biden were now to hold himself to the standards and metrics he set out during the campaign, he would stand exposed as a cold-blooded monster who has presided over what should be a presidency-destroying public-health debacle. As it happens, after all the scorn he heaped on Trump for his sunny scenarios, Biden, likewise, has been too rosy, only to see extensive spread and a high level of deaths on his watch.

Biden laid into Trump in his acceptance speech at the Democratic National Convention in August 2020: “Our current president has failed in his most basic duty to the nation. He’s failed to protect us. He’s failed to protect America. And my fellow Americans, that is unforgivable.” But now that he’s had nearly a year to “protect us,” it is basically impossible to discern any Biden effect on the most basic Covid data. On Jan. 20, 2021, the day he was inaugurated, there had been roughly 25 million cumulative Covid cases in the United States; now there have been 50 million cases. On Jan. 20, 2021, roughly 415,000 American had died; now, more than 800,000 have.

“Just judge this president on the facts,” Biden urged in his convention speech. “Five million Americans infected by Covid-19. More than 170,000 Americans have died. The tragedy of where we are today is it didn’t have to be this bad. Just look around. It’s not this bad in Canada or Europe or Japan, or almost anywhere else in the world.” Yet, during 2021, too, the U.S. has outstripped Europe, Canada and Japan in per capita cases and deaths almost all year long. Sure, Covid had already spread everywhere by the time Biden took office and had become a fiercely partisan issue in the United States, but it’s not as though he was making careful allowances for difficult circumstances when he was lodging his charges at Trump.

It’s true that Biden has taken a different tone on Covid than Trump did, paid more lip service to the science and demonstrated different masking practices. And there are big policy differences between the two parties on Covid, especially around masks, mandates and lockdowns. But, as it turned out, none of these held the magic key to crushing the pandemic. In fact, the idea that we shouldn’t be locking down or shutting schools, positions that once were characterized as part of a Republican “death cult,” are now widely accepted, even at a time when cases are surging again.

After his Covid speech this week, Biden took a few questions from the press and explained that the country currently has a dearth of rapid tests because the Omicron wave came on so quickly. This has a familiar ring; it’s the kind of thing U.S. officials said when the CDC had its testing breakdown at the beginning of the pandemic in 2020. It’s not an excuse for either testing snafu, but governments are going to make mistakes in dealing with a rapidly shifting, once-in-a-century pandemic.

A more realistic and politically sound approach would have been for Biden, at some point this year, to acknowledge that the virus would never truly be shut down, and to tout the vaccines and better treatments as ways to mitigate the worst outcomes. Instead, he created expectations he didn’t and can’t meet. Preventing the pandemic was always beyond Trump’s power, and ending it has proven beyond Biden’s.