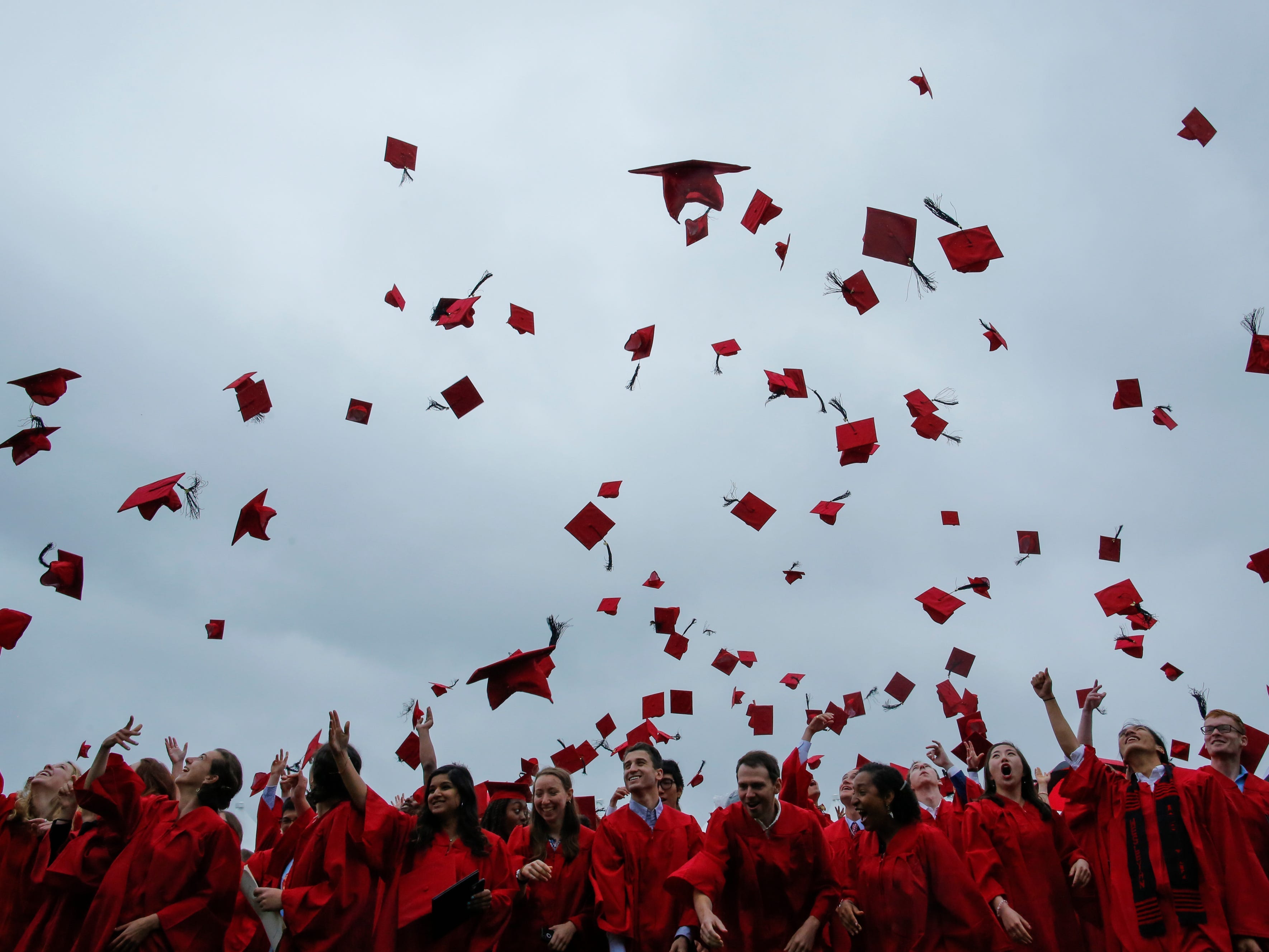 Students toss their hats at Wesleyan University’s commencement ceremony in 2018.

32 federal student-loan borrowers have received forgiveness on their debt. That’s 32 out of the 4.4 million who have been paying off their debt for more than 20 years through a program that calculates monthly payments based on income.

Advocates say the income-driven repayment program has failed, and that President Joe Biden has the power to fix it.

Income-driven repayment (IDR) plans create a monthly student-loan payment plan based on a borrower’s income and family size. To qualify for one of the plans, borrowers must submit tax documentation each year to prove the payments they would be making under the income-based plan are less than payments under a standard repayment plan.

But as Insider reported in March, while the program was designed to cancel remaining debt balances for borrowers in repayment after 20 to 25 years, only 32 borrowers — ever — have had their loans forgiven. That’s why the Student Borrower Protection Center, along with the Center for Responsible Lending and National Consumer Law Center, devised recommendations to ensure the program works as intended.

“Millions of student loan borrowers are buckling under the weight of a broken system,” Persis Yu, Policy Director and Managing Counsel at the Student Borrower Protection Center, said in a statement. “The failures of income-driven repayment have kept borrowers in unaffordable debt for decades too long. It is time for the Biden Administration to do its part and fulfill the promise of IDR by giving borrowers the credit they deserve.”

According to Education Department data, 4.4 million borrowers have been in repayment under IDR for 20 years or longer, but complexities in the program, like burdensome paperwork and deceptive practices by loan companies, have kept borrowers stuck in repayment, the organizations’ report said.

To remedy those failures, they recommend Biden implement an IDR waiver that would do three things:

The report noted that this waiver request is similar to changes Biden recently made to the Public Service Loan Forgiveness (PSLF) program last year, which is supposed to forgive student debt for public servants after ten years of qualifying payments but ran up a 98% denial rate.

Biden promised during his campaign to fix both IDR and PSLF, and in October he announced temporary reforms to PSLF — one of which included a waiver that would allow past payments in any federal program to count toward forgiveness. The IDR waiver the organizations proposed adopts the same model.

To be sure, Biden’s administration has already taken some steps to ease the process for borrowers hoping to enroll in IDR. As Insider reported last month, Federal Student Aid revised some documentation requirements, including allowing borrowers to self-report their income to apply or recertify for IDR through July 31, rather than submit any tax paperwork.

But after extending the pause on student-loan payments through May 31, Biden said in a statement that federal borrowers should “do their part” to prepare for the resumption of payments, including looking at options to lower monthly payments through IDR. As the advocacy organizations said, reforms to the program are needed for that to be a viable option.