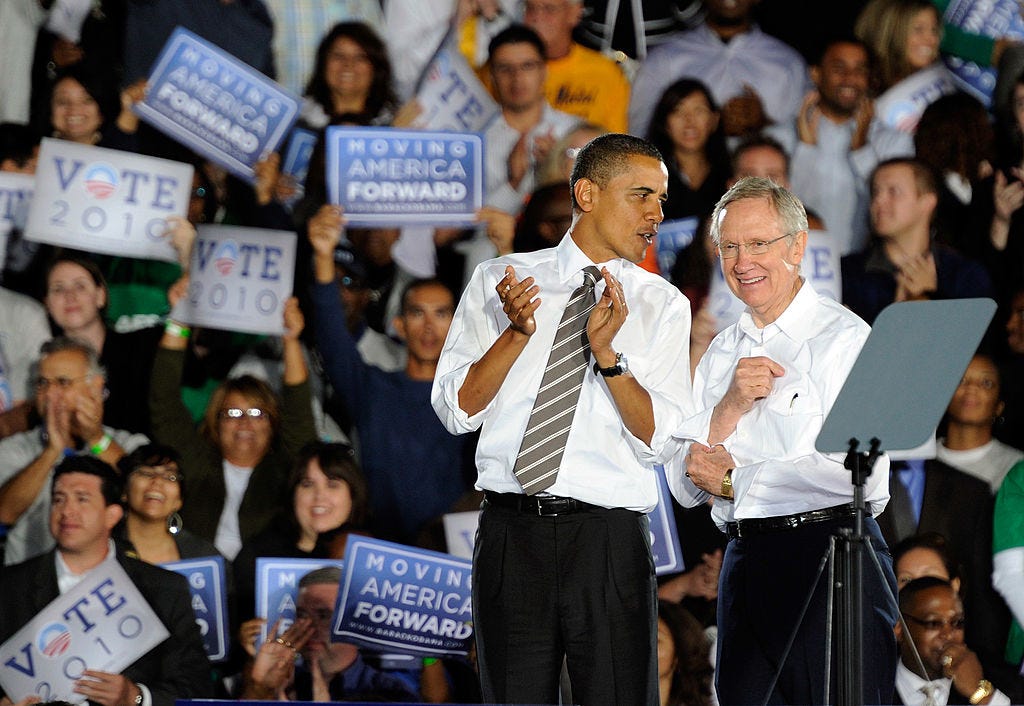 President Barack Obama on Tuesday said in a letter shared after the death of former Senate Majority Leader Harry Reid that he would not have ascended to the highest office in the land if it were not for the help of the longtime Nevada lawmaker.

Reid, who rose from poverty in the small town of Searchlight to the vaunted halls of Congress, was instrumental in the rise of Obama — who launched his first presidential campaign in 2007 only two years after arriving in the Capitol as the junior senator from Illinois.

As the Democratic majority leader of the Senate from 2007 to 2015, Reid helped usher through everything from the Affordable Care Act to numerous federal judges, but the two boasted a friendship that transcended politics and was built on their fondness for one another.

In recent weeks, when Reid’s health deteriorated and he was unable to take phone calls, Obama penned his thoughts for the former senator’s wife, Landra, to read to the 34-year congressional veteran.

“I got the news that the health situation has taken a rough turn, and that it’s hard to talk on the phone. Which, let’s face it, is not that big of a change cause you never liked to talk on the phone anyway! Here’s what I want you to know. You were a great leader in the Senate, and early on you were more generous to me than I had any right to expect,” the former president wrote.

He emphasized: “I wouldn’t have been president had it not been for your encouragement and support, and I wouldn’t have got most of what I got done without your skill and determination.”

Obama then compared his success to Reid’s political rise at the Capitol, linking their humble beginnings to their enduring faith in working people.

“Most of all, you’ve been a good friend. As different as we are, I think we both saw something of ourselves in each other — a couple of outsiders who had defied the odds and knew how to take a punch and cared about the little guy. And you know what, we made for a pretty good team,” he said.

“Enjoy your family, and know you are loved by a lot of people, including me. The world is better cause of what you’ve done. Not bad for a skinny, poor kid from Searchlight,” he added.