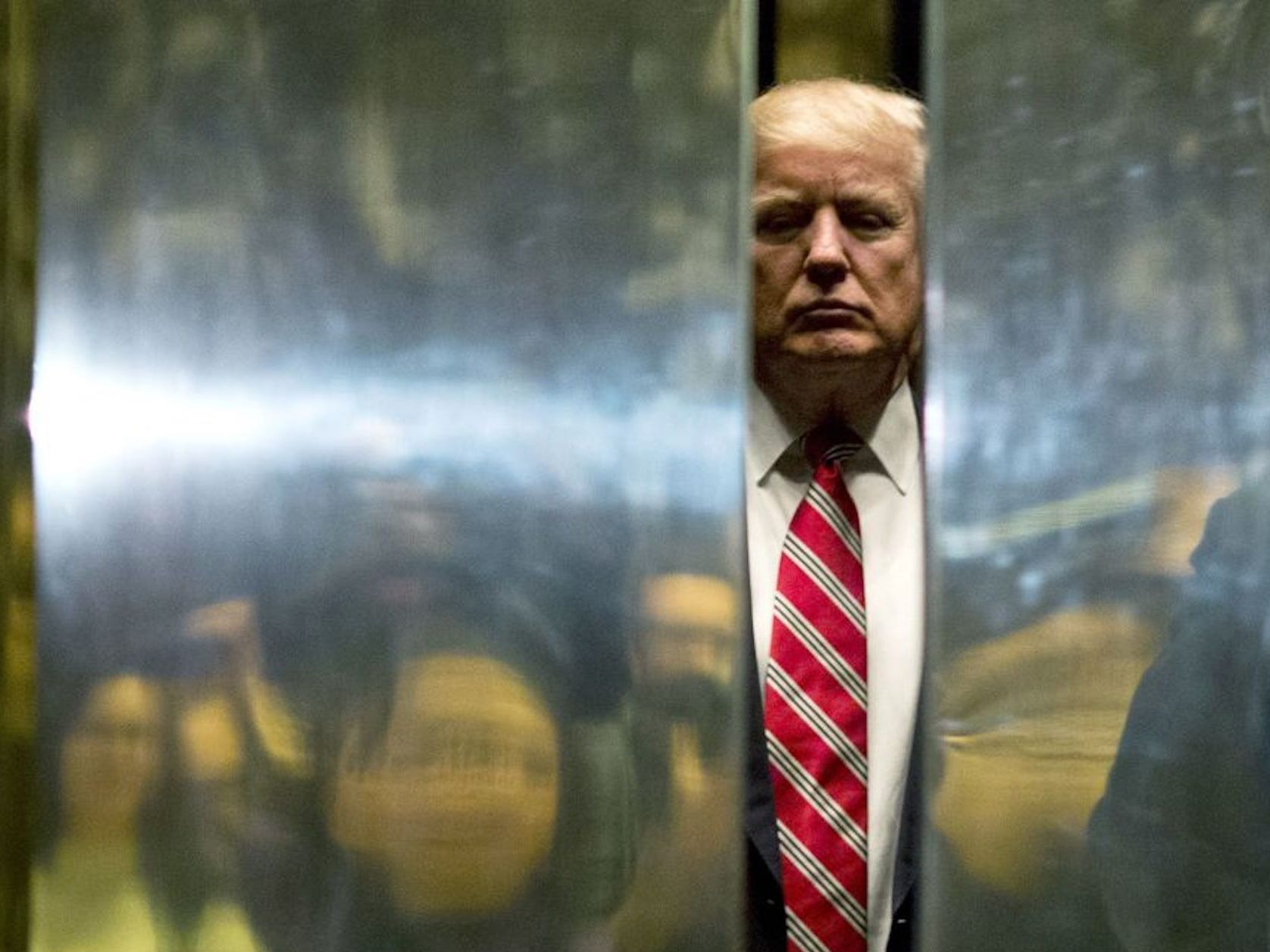 Then President-elect Donald Trump boards the elevator at Trump Tower in New York City on January 16, 2017.

New York Attorney General Letitia James has alleged that former President Donald Trump submitted inflated valuations of his Trump Tower apartment based on the false premise that it was three times its actual size.

This tidbit on the Trump Organization’s financial dealings was revealed in a supplementary document submitted on Tuesday to the Supreme Court of New York. The document was part of James’ legal move on Tuesday to enforce subpoenas issued to Donald Trump and his eldest children, Donald Trump Jr., and Ivanka Trump.

According to the document, James’ office has uncovered evidence that the former president inflated the valuation of his apartment at Trump Tower.

“The supporting data for Mr. Trump’s 2015 financial statement reported the value of Mr. Trump’s triplex apartment as $327 million, based on the apartment having 30,000 square feet of space multiplied by a certain price per square foot,” read the filing.

“Because these valuations were performed by multiplying the number of square feet times a price per square foot, the reduction in the apartment’s square footage in the valuation from 30,000 to 10,996 indicates that the valuations of Mr. Trump’s triplex in 2015 and 2016 were overstated almost by a factor of three,” James’ office alleges.

According to filings, Alan Weisselberg, the former chief financial officer of the Trump Organization, testified that the $327 million valuation had been an overstatement of “give or take” $200 million.

Trump lived for years in the lush Fifth Avenue penthouse, which is decked out in a variety of gold and marble furnishings.

James is currently investigating the Trump real estate company for fraud, specifically on the issue of whether the Trump organization artificially inflated or deflated the value of their properties for loan and tax purposes.

If James’ motion passes, the Trump family may be forced to give sworn testimony and produce documents related to the probe.