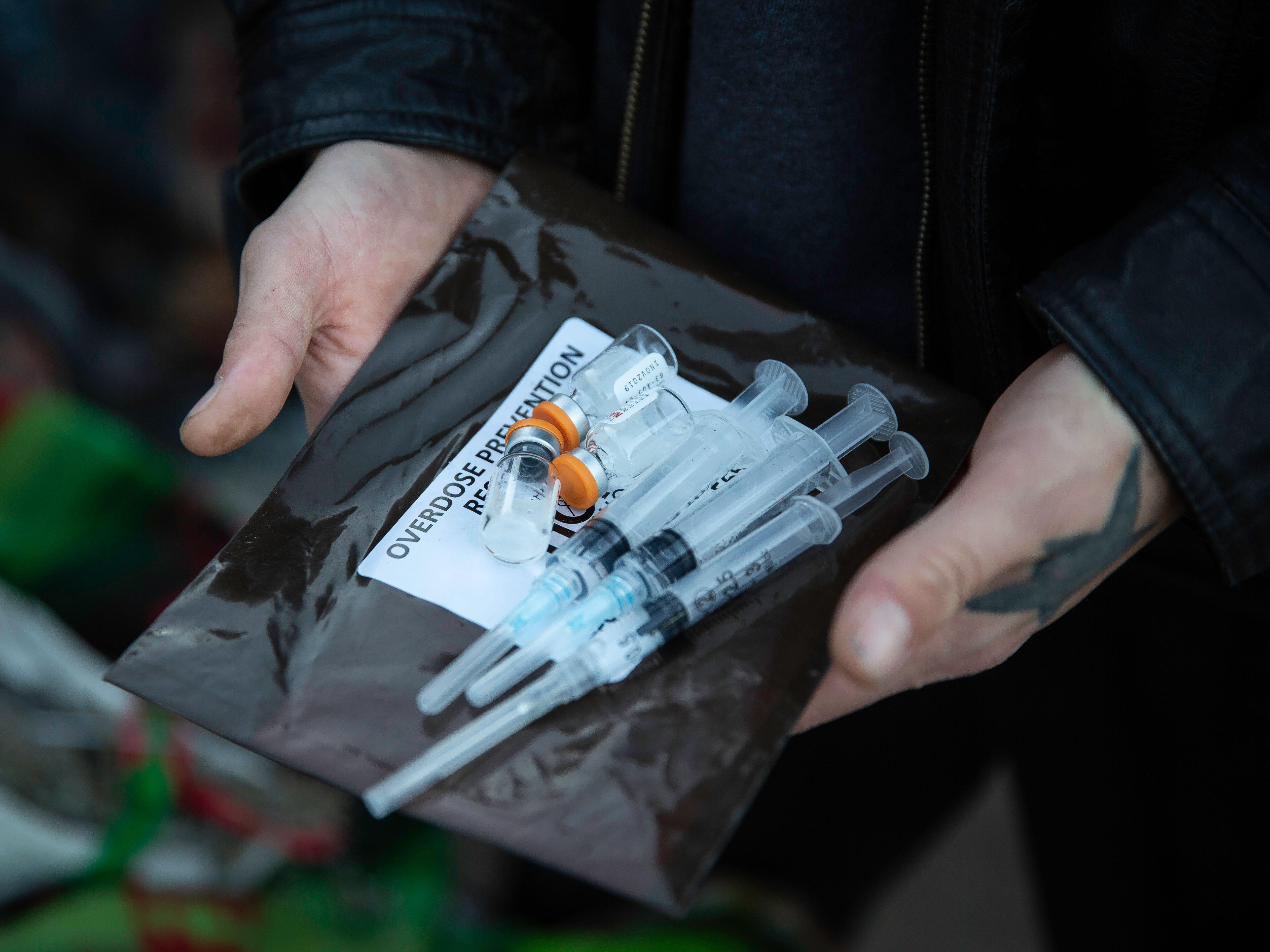 The non-profit Fund for Public Health in New York opened a request for proposals in December to install 10 PHVMs that dispense the anti-overdose drug naloxone, sterile syringes, and other harm reduction and wellness supplies to drug users in neighborhoods across the city.

Since 1999, more than 1 million people have died from fatal overdoses in the US, according to a study from the National Center for Health Statistics and preliminary data from the Centers for Disease Control and Prevention.

In New York City, 2,062 people died from unintentional overdoses in 2020, the highest rate since reporting began in 2000, according to data from the NYC Department of Health and Mental Hygiene. Black and Latino residents in neighborhoods with the highest rates of poverty, including South Bronx and East Harlem, reported the most overdose deaths in 2020, the report found.

“Racial equity does not mean simply treating everyone equally, but rather, allocating resources and services in such a way that explicitly addresses barriers imposed by structural racism (i.e. policies and institutional practices that perpetuate racial inequity) and White privilege,” the Fund for Public Health in New York’s request for proposals read.

PHVM programs have become an emerging strategy to combat high-barrier access to health and wellness supplies, with successful pilots in Europe, Canada, and Australia. New York is hoping to models its program on those currently operational in US cities like Las Vegas, Nevada, and Cincinnati, Ohio.

In November, New York also became the first city in the US to allow supervised consumption sites for illegal drugs.

“Unfortunately, the overdose crisis is worsening,” Dr. Dave Chokshi, commissioner of the New York City Department of Health and Mental Hygiene told NPR in November, adding that these sites were designed to operate long term. “This is something that we feel deep conviction about and also a sense of urgency to address.”

These types of programs could be a “game changer,” head of Drug Policy Alliance Kassandra Frederique told NPR.

“I’d be for these vending machines if they promise to put them in Central Park, Fifth Avenue and Park Avenue — right where the wealthiest people stay,” NYC Black Lives Matter leader Hawk Newsome told the New York Post. “Why should our children have to walk past people who are congregating around these machines and nowhere else.”

Meanwhile, in other US cities where these programs operate, some local residents and law enforcement officers have encountered legal challenges and voiced concerns that these programs could increase drug use and crime, NPR reported.

“We should be finding ways to take these people and put them into a rehabilitation program so they can overcome their addiction and we can try and save their lives,” Staten Island City Councilman David Carr told the New York Post, calling the PHVM program “absurd.”

The deadline for PHVM proposals is January 20, and funding will be announced on January 31.