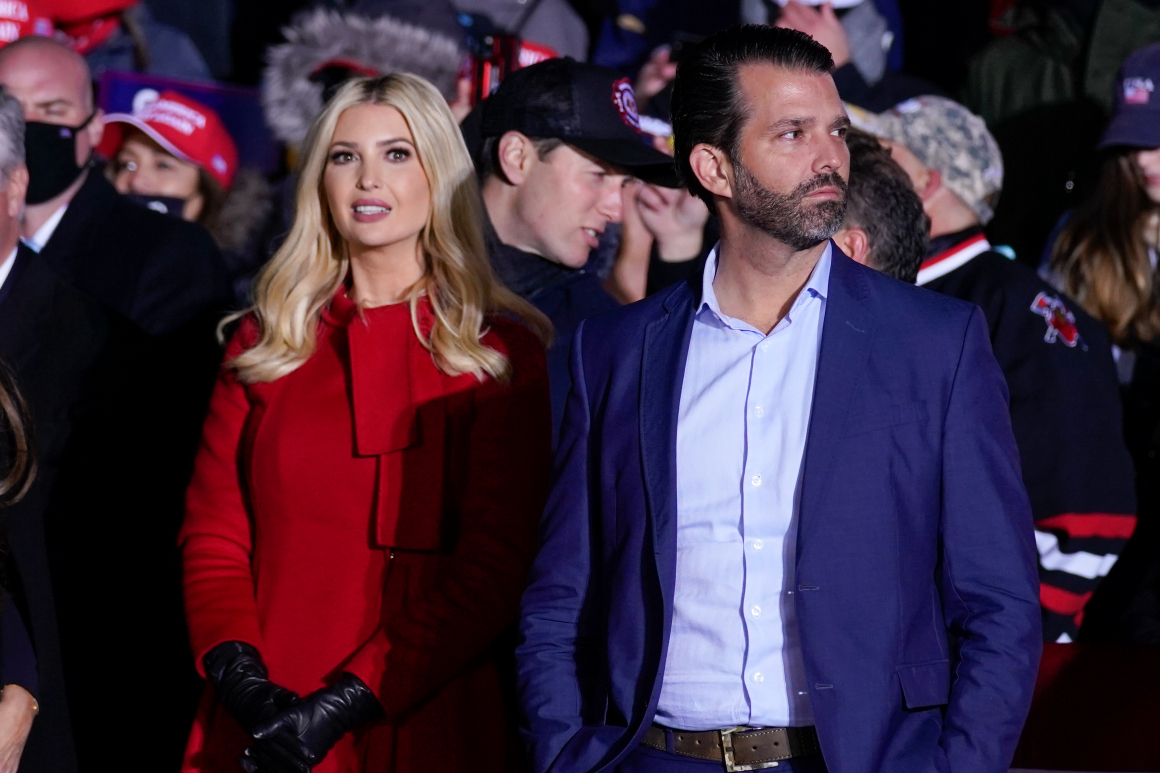 The New York attorney general’s office has subpoenaed Ivanka Trump and Donald Trump Jr. as part of its ongoing investigation into the former president’s business operation.

The subpoenas were issued “in connection with an investigation into the valuation of properties owned or controlled by Donald J. Trump or the Trump Organization,” according to the court document filed Monday.

The filing stemmed from a dispute between the Trump family members and investigators related to their testimony in the matter.

The document, filed in state court, does not specify when the subpoenas were issued to the two Trump children. The attorney general’s office has also sought testimony from the former president and his other adult son, Eric Trump, in the course of its investigation into his real estate practices.

The New York Times reported that Eric Trump was interviewed in October as part of the probe.

The attorney general’s office has been seeking to question Donald Trump under oath in early January, though the former president’s attorneys filed a federal lawsuit in December in an effort to block the probe and prevent him from having to testify.

The elder Trump has repeatedly attacked the integrity of Attorney General Letitia James and the investigation being conducted by her office as motivated by James’ personal animus and political ambitions.

The exact scope of James’ fraud investigation remains unknown, but her investigators have been collaborating with a parallel criminal investigation by the Manhattan district attorney’s office — until recently led by Cyrus Vance Jr. — which has been looking into allegations of business, insurance, bank and tax fraud.