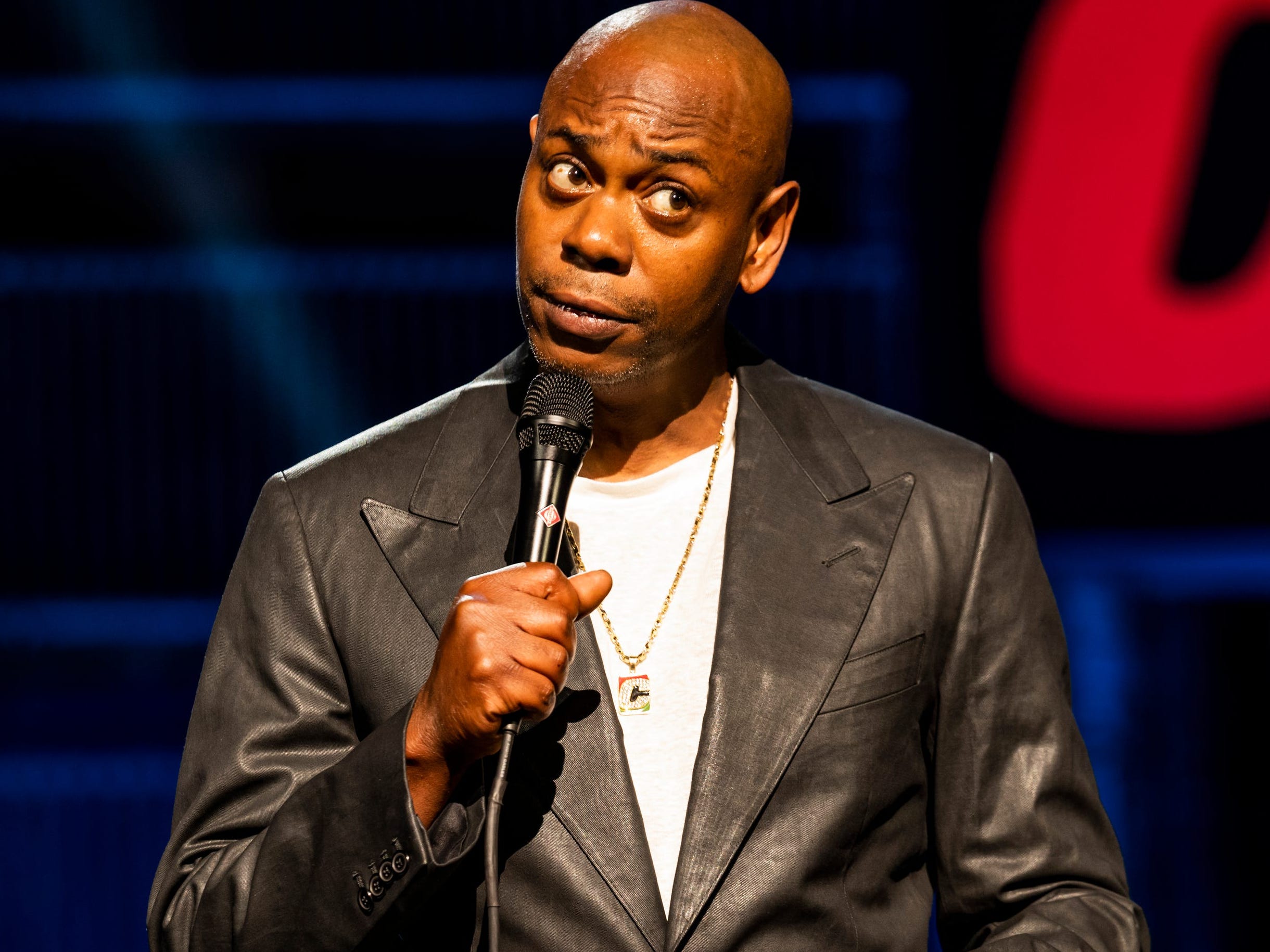 Chappelle in “The Closer.”

Lean on talking points. Use your best judgment. Change the subject.

These are some of the tips that Netflix has given its staff for dealing with job candidates who bring up Dave Chappelle’s controversial stand-up special “The Closer,” according to The Verge.

The publication ran a leaked memo on Tuesday appearing to show pointers and talking points Netflix sent to members of its talent acquisition team to help minimize discussion of the comedy special in job interviews.

The memo says to “avoid commenting directly on The Closer” and “find a way to respectfully end and move on from the topic if you’re pressed further on the topic in areas not covered in the talking points,” according to The Verge.

“The Closer” has drawn backlash for its transphobic jokes. In the Netflix special, Chappelle said “gender is a fact,” drew comparisons between transgender people’s genitals and plant-based meat alternatives, and aligned himself with TERFs, or trans-exclusionary radical feminists.

The special sparked uproar among Netflix employees, who organized a walkout in October to protest it.

That month, Netflix CEO Ted Sarandos had sent staff an email defending the special, saying, “While some employees disagree, we have a strong belief that content on screen doesn’t directly translate to real-world harm.”

Netflix also drew criticism for suspending three employees around that time. One was software engineer Terra Field, who is trans and had spoken out against the special in a viral Twitter thread, saying, “This is not an argument with two sides. It is an argument with trans people who want to be alive and people who don’t want us to be.”

The company said the employees weren’t suspended for criticizing Chappelle’s special but rather for attending an executive meeting to which they weren’t invited. Netflix later reinstated the three employees.

The company came under fire again in October for firing the leader of a trans employee resource group who organized the walkout that month. Netflix said at the time that the person was fired for “sharing confidential, commercially sensitive information outside the company.”

Netflix’s memo to recruiters includes what to tell job applicants if they ask about the employee termination or the October walkout, as well as blanket statements reiterating the company is “committed to inclusion” and “working to increase representation,” according to The Verge.

Netflix did not respond to Insider’s request for comment.

Read the full memo in The Verge here.