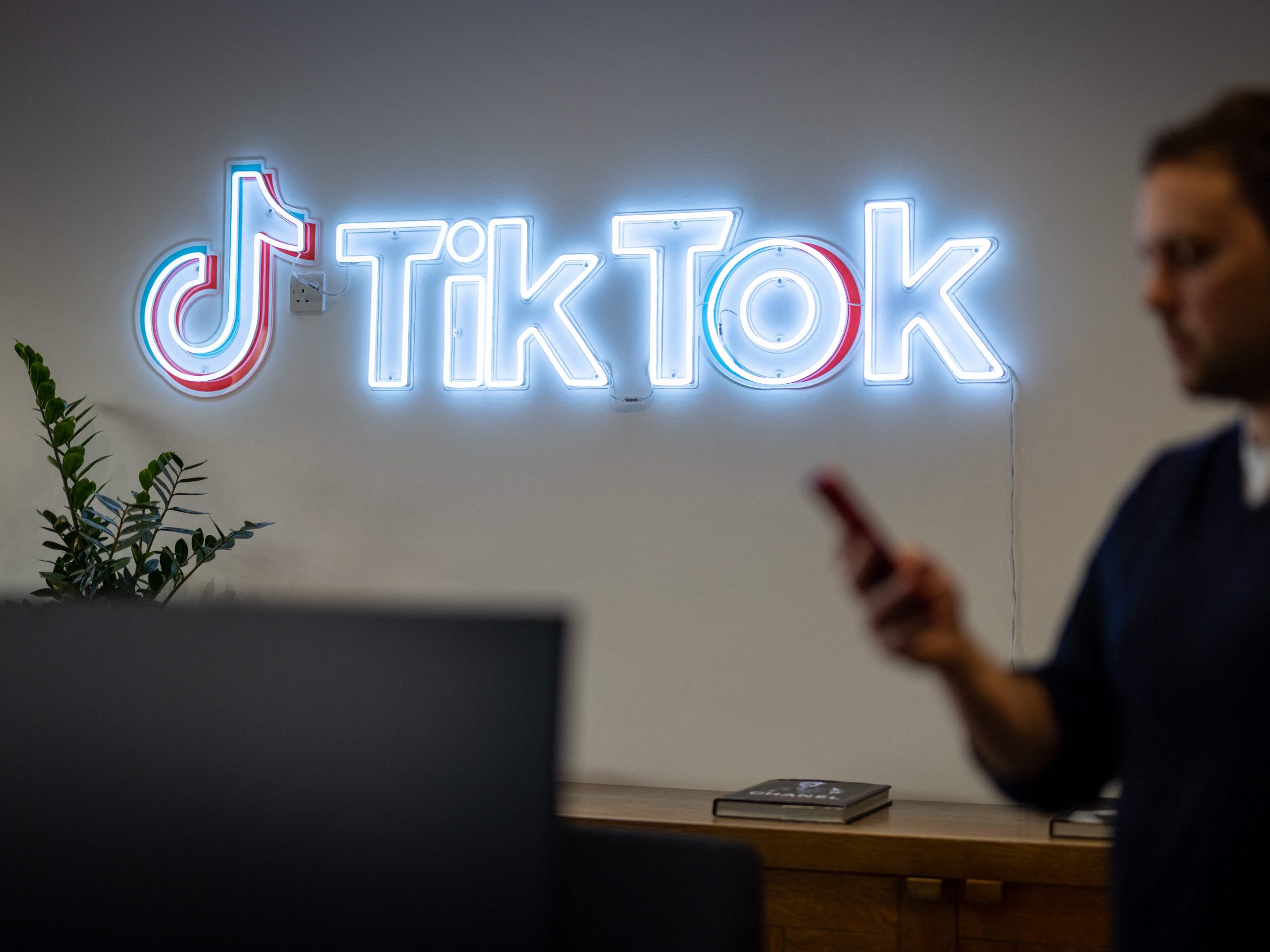 BuzzFeed News reported Monday that TikTok’s owner ByteDance had scraped content from Instagram and Snapchat in 2017 to create fake accounts on Flipagram, TikTok’s predecessor. Here, a TikTok employee looks at his mobile phone as he walks past the logo of TikTok in a London office on February 9, 2022.

TikTok is coming for more than just its social media competitors.

Nearly 40% of Gen Z prefers searching on TikTok and Instagram over Google Search and Maps, according to Google’s internal data first reported by TechCrunch.

TikTok, which is the fastest-growing social media app, has exploded in popularity over the past few years — so much so that it inspired social media competitors Instagram and Snapchat to roll out copycat video features in Reels and Spotlight.

Now, a Google executive has confirmed that TikTok’s format is changing the way young people conduct internet searches, and Google is working to keep up.

Google senior vice president Prabhakar Raghavan told the Fortune Brainstorm Tech conference that according to Google’s internal studies, “something like almost 40% of young people when they’re looking for a place for lunch, they don’t go to Google Maps or Search, they go to TikTok or Instagram.”

Google confirmed this statistic to Insider, saying, “we face robust competition from an array of sources, including general and specialized search engines, as well as dedicated apps.”

Google highlighted changes it plans to make to its search engine to appeal to a younger audience, including the ability for a user to pan their camera over an area and “instantly glean insights about multiple objects in a wider scene.”

Insider has previously reported about the threat TikTok poses to YouTube, which is also owned by Google’s parent company, Alphabet. Insider Intelligence predicts TikTok’s advertising revenue will overtake YouTube by 2024.