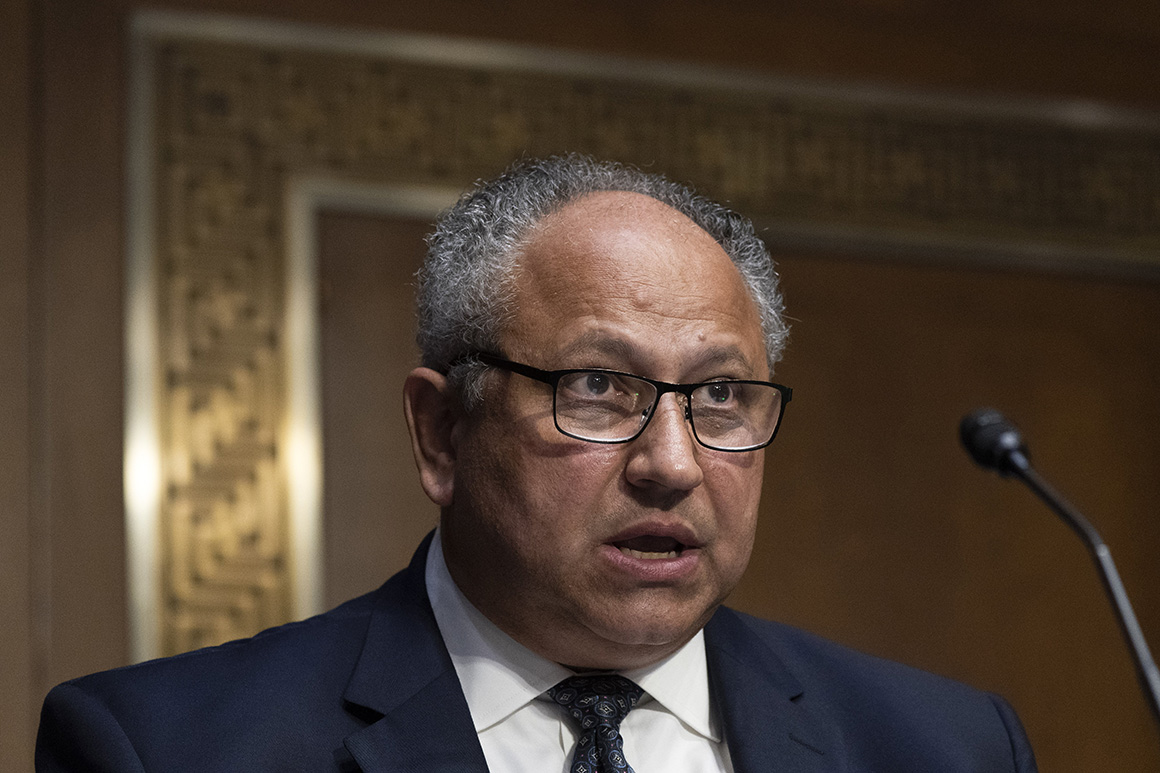 WASHINGTON — A federal judge in Texas has granted a preliminary injunction stopping the Navy from acting against 35 sailors for refusing on religious grounds to comply with an order to get vaccinated against Covid-19.

The injunction is a new challenge to Defense Secretary Lloyd Austin’s decision to make vaccinations mandatory for all members of the military. The vaccination requirement allows for exemptions on religious and other grounds, but none of the thousands of requests for religious waivers so far have been granted.

There was no indication that the order would affect service members beyond the 35 sailors who sued Austin and the Navy. The Pentagon had no immediate response to a request for comment.

Well over 90 percent of the military has been fully vaccinated against Covid-19, including at least 98.5 percent of active and reserve members of the Navy. Austin asserts that vaccines are a valid and necessary medical requirement to protect service members and their families and ensure the combat readiness of the force.

In his decision Monday, U.S. District Judge Reed O’Connor wrote that the Navy’s process for considering a sailor’s request for a religious exemption is flawed and amounts to “theater.”

O’Connor, who was appointed by President George W. Bush, wrote that the group of 35 sailors who sued the government in November and sought a preliminary injunction against the Navy have a right on religious and First Amendment grounds to refuse the vaccination order.

“The Navy service members in this case seek to vindicate the very freedoms they have sacrificed so much to protect,” O’Connor wrote. “The COVID-19 pandemic provides the government no license to abrogate those freedoms. There is no COVID-19 exception to the First Amendment. There is no military exclusion from our Constitution.”

The O’Connor injunction was first reported by The Washington Post.

Without commenting on the case in Texas, Pentagon spokesman John Kirby last month defended the validity of the military service’s processes for considering religious exemptions.

“Each exemption asked for on religious grounds is evaluated by a chaplain, by a chain of command, by medical experts and is given quite a lot of thought, and they’re all decided case by case individually,” he said Dec. 21.

In his decision in favor of the injunction sought by the 35 Navy sailors, O’Connor wrote that they objected to being vaccinated on four grounds: “opposition to abortion and the use of aborted fetal cell lines in development of the vaccine; belief that modifying one’s body is an affront to the Creator; divine instruction not to receive the vaccine, and opposition to injecting trace amounts of animal cells into one’s body.”

“Plaintiffs’ beliefs about the vaccine are undisputedly sincere, and it is not the role of this court to determine their truthfulness or accuracy,” the judge wrote.

The sailors who sued are members of the Naval Special Warfare Command, including SEALs. The suit was filed by First Liberty Institute, a nonprofit that focuses on defending religious liberty.

In the early stages of the pandemic, the Navy struggled with one particularly critical Covid-19 outbreak. Hundreds of sailors aboard the USS Theodore Roosevelt aircraft carrier were infected, starting in late March while on a deployment to Vietnam and elsewhere in Asia. The ship was taken out of operation at Guam, its commanding officer was relieved of duty and the crisis led to the resignation of acting Navy Secretary Thomas Modly.

Since then, the Navy and other services have managed to avoid major disruptions. In December, officials said about two dozen sailors on board the USS Milwaukee, or roughly 25 percent of the ship’s crew, had tested positive for Covid-19, keeping the vessel sidelined in port at Naval Station Guantanamo Bay in Cuba. On Monday, the Navy announced that the ship had returned to sea.