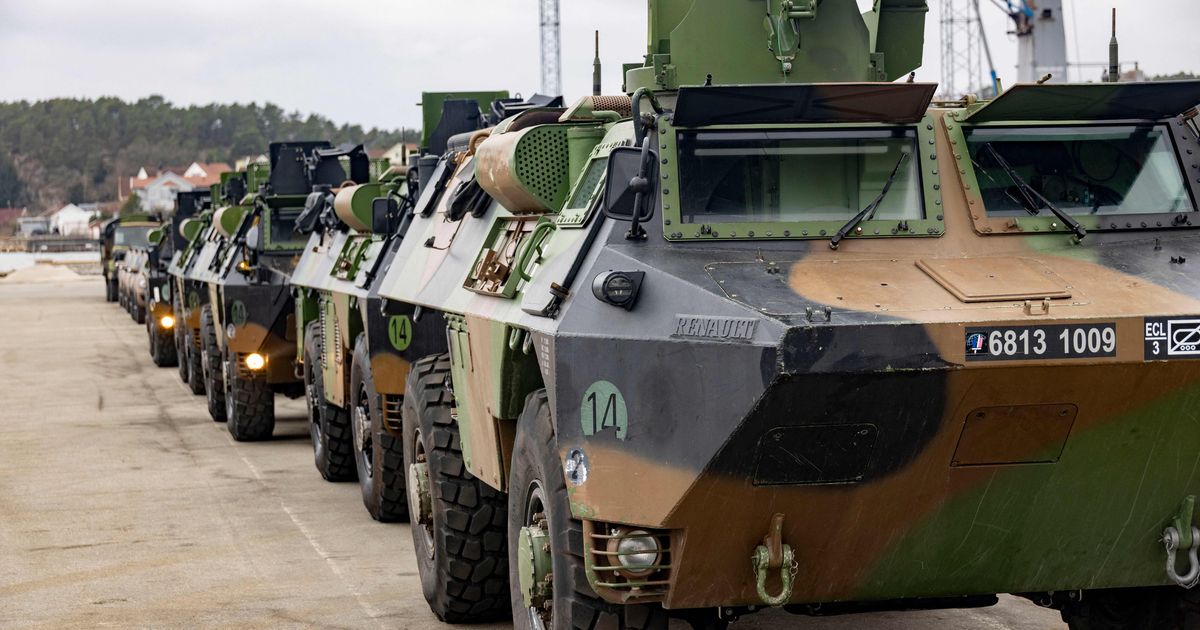 PARIS — NATO cannot afford to draw the wrong lesson from the war in Ukraine.

The Western military alliance is facing unprecedented pressure from its Eastern members, which are asking it to revert to a 1980s-style Cold War posture, with tank divisions stationed on its borders to deter an aggressive, unpredictable Russia from going beyond Ukraine.

That would be a mistake — and a potentially huge waste of Europe’s planned increases in defense spending.

To be sure, territorial defense hasn’t been a top priority for NATO for the 25 years between the fall of the Berlin Wall and Russian President Vladimir Putin’s seizure of Crimea; its armored forces were drastically reduced and mostly left to rust. Instead, much of its political attention and military effort focused on so-called “out-of-area” crisis management, peacekeeping and training operations from the Western Balkans to Afghanistan, Libya and Iraq.

But that doesn’t mean the alliance should swing to the opposite extreme.

Likewise, when a cyberattack knocked out internet connections used by Ukraine’s military, Kyiv was able to switch to terminals shipped in by Elon Musk’s Starlink within a matter of weeks, connecting its surveillance drones, command and control, and anti-tank artillery in real time to devastating effect.

Yet all that has still not reassured anxious Baltic nations, who see the devastation wrought on Ukrainian cities and infrastructure and fear they are next on Putin’s menu.

At the alliance’s emergency summit on March 24, Estonian Prime Minister Kaja Kallas led pleas from Eastern allies for a massive, permanent NATO presence, calling for a full battle-ready division in her country — something that would require at least five times the number of allied forces currently deployed in the Baltic state on a rotating basis.

“NATO will defend every inch of its territory. We need credible defense on land, in air and at sea. The current situation in our region is not sufficient in this regard,” Kallas said after a meeting with her Danish counterpart. “We must close the gap.”

The small multinational NATO battlegroups sent to Estonia, Latvia, Lithuania and Poland after Russia’s annexation of Crimea in 2014 were designed to reassure these anxious, former-communist allies and to deter Putin — not to carry out territorial defense. Their function was to serve as a trip wire, signaling that that U.S., British, German, Canadian or French soldiers would be among the first to die in any Russian attack, internationalizing the conflict from the outset and triggering NATO’s Article V mutual defense commitment.

While doing this, the alliance stuck to the letter of the 1997 NATO-Russia Founding Act in which it had pledged to forego “additional permanent stationing of substantial combat forces” in new eastern member states “in the current and foreseeable security environment.”

But there is now widespread agreement in NATO that those promises no longer apply, given Russia’s flagrant breach of the agreement through the invasion of a sovereign European state. And since Russian tanks rolled into Ukraine in February, NATO has doubled the size of its so-called Enhanced Forward Presence, and announced plans to position similar combat-ready multinational units in Slovakia, Hungary, Romania and Bulgaria.

NATO now has 40,000 troops on the eastern flank under direct command — 10 times more than the peacetime norm — but many eastern officials see this as just the start of a far bigger armored buildup, one they hope will be enshrined in the new Strategic Concept due to be adopted at the Madrid summit in late June.

There is a lot NATO should be doing. It needs to upgrade its air policing in the Baltic and Black Sea regions to a fully-fledged integrated air defense, with additional radars and surface-to-air missiles, as well as fighter aircraft deployed closer to Russia. It should also conduct enhanced collective defense exercises to ensure that its strategy of “rapid reinforcement in crisis” works in practice, and that allied forces are able to operate together with standard equipment and communications.

But all this is all still a far cry from the “forward defense” posture the alliance maintained in Germany throughout the Cold War. NATO’s mission then was to stop Soviet tanks pouring through the Fulda Gap, a strategic valley between the East German border and the West German city of Frankfurt — a major financial center, and home to a large U.S. air base.

Today, some generals spy a similar strategic vulnerability in the so-called Suwalki Gap, a flat area of farmland on the Polish-Lithuanian border separating the Russian Baltic exclave of Kaliningrad from the territory of Russian ally Belarus. Their worry is that Russian troops could swiftly capture and fortify the 65-kilometer corridor, cutting the Baltic states off from the rest of Europe.

Hence, the desire for a heavier, permanent force to make the red line for Moscow even wider is understandable. But therein lies the danger of charging down the wrong road.

In 21st century warfare, maneuverable anti-platform weapons are much more likely to get the better of expensive platforms, such as tanks, heavy bombers or aircraft carriers. They are also several times cheaper and quicker to procure.

“In this era of semiautonomous anti-platform warfare, attacking to seize territory is harder than ever . . . until killer robots are available in quantities sufficient to do such things,” said Chris Kremidas-Courtney, a senior fellow at the Friends of Europe think tank and a former U.S. Army officer. “The infantry squad of the future may be one human and nine robots, and their lethality may be on par with a 2020 tank company.”

There’s no point preparing to refight yesterday’s wars. NATO should be thinking smart, not heavy. It needs to be nimble, light and fast in its territorial defense, with real-time situational awareness, not build a static Maginot line on the eastern front.

CORRECTION: An earlier version of this article misstated the position held by Chris Kremidas-Courtney.