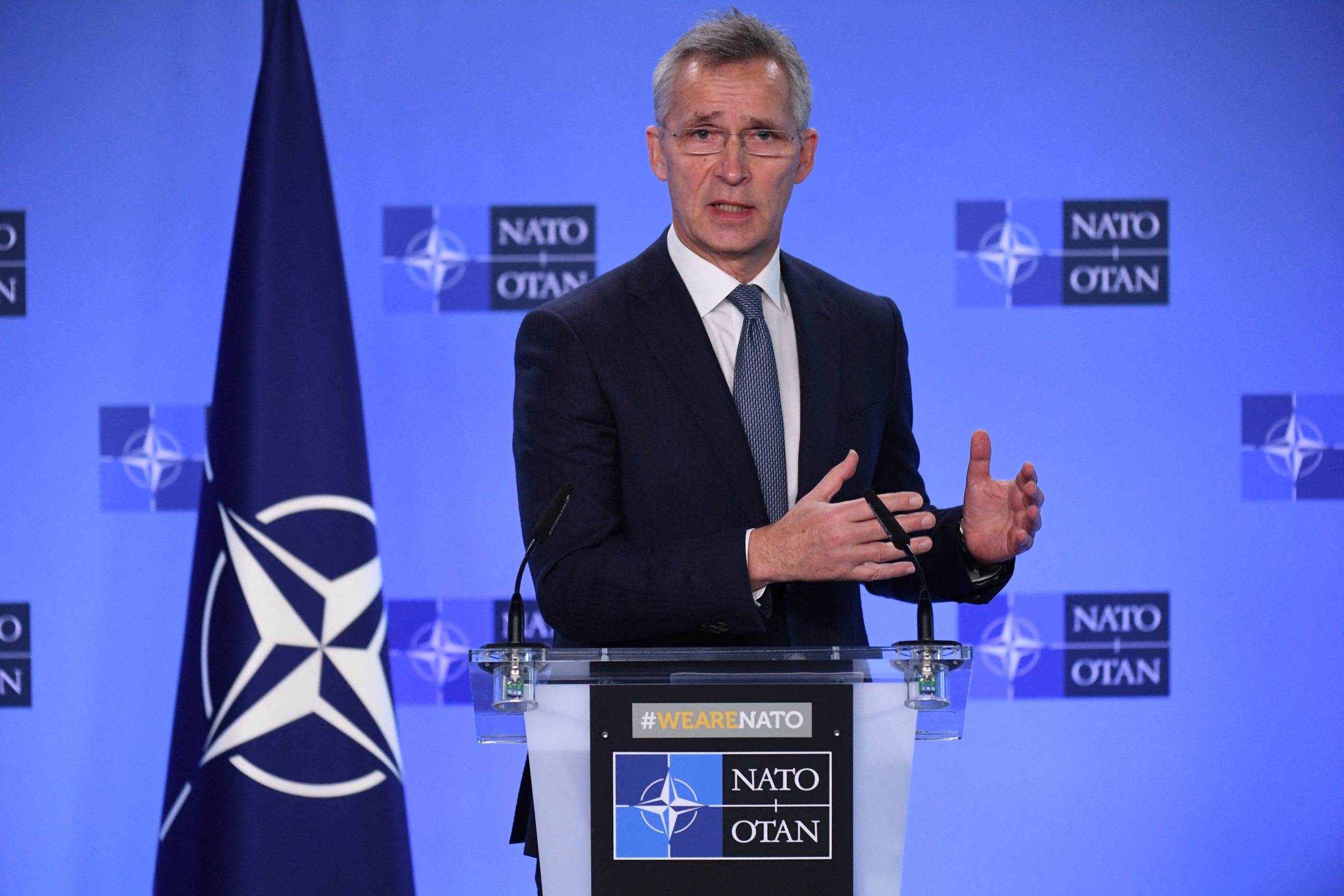 The best outcome of talks between NATO allies and Russia this week could be a deal to simply hold more meetings in the coming months on Moscow’s threats at the Ukraine border, NATO Secretary General Jens Stoltenberg cautioned Monday.

NATO and Russian officials are meeting on Wednesday as part of a series of talks this week between Moscow and western allies. Ahead of Wednesday’s get-together, Stoltenberg met Monday with Ukrainian Deputy Prime Minister Olha Stefanishyna to coordinate their approach.

Tensions between the West and Moscow are peaking once again as Russia has piled over 100,000 soldiers at the border with Ukraine, prompting fears of a potential invasion. Moscow has also issued a set of demands to the U.S. and NATO that are broadly considered nonstarters for western allies, including a request that NATO guarantee it will not expand further eastward into Ukraine and Georgia.

U.S. and NATO officials have also stressed that they will not negotiate Ukraine’s fate without Kyiv having a direct voice. And Monday’s meeting was intended to demonstrate a NATO commitment to consultation ahead of Wednesday’s high-stakes talks with the Russians.

For her part, Stefanishyna said NATO allies should not consider Russia’s demands until Russian President Vladimir Putin orders a pullback of its troops, tanks and other military equipment massed on Russia’s border with Ukraine.

“We should all realize that Russia’s demands to allies could not be considered as a negotiating position,” she said.

Russia, she argued, is the “aggressor,” and is therefore “not in a position to put conditions until the Russian tanks [are] out of Ukrainian border.”

She added: “Discussions on the security guarantees should start with the withdrawal of Russian troops from the Ukrainian territory.”

Yet as Stefanishyna spoke at NATO headquarters in Brussels, U.S. officials were already in Geneva meeting with their Russian counterparts to discuss the situation — conversations that have left some Europeans worried they are being left out.

Still, Russia will be meeting with a broader array of European officials later this week. In addition to Wednesday’s meeting with NATO, Moscow representatives will attend a meeting Thursday of the Organization for Security and Cooperation in Europe, which includes Ukraine.

Stoltenberg tried to convey optimism about the possibility of a diplomatic solution.

“I have negotiated with Russia before as Norwegian prime minister,” he said. “And I know it’s possible to make deals with Russia.”