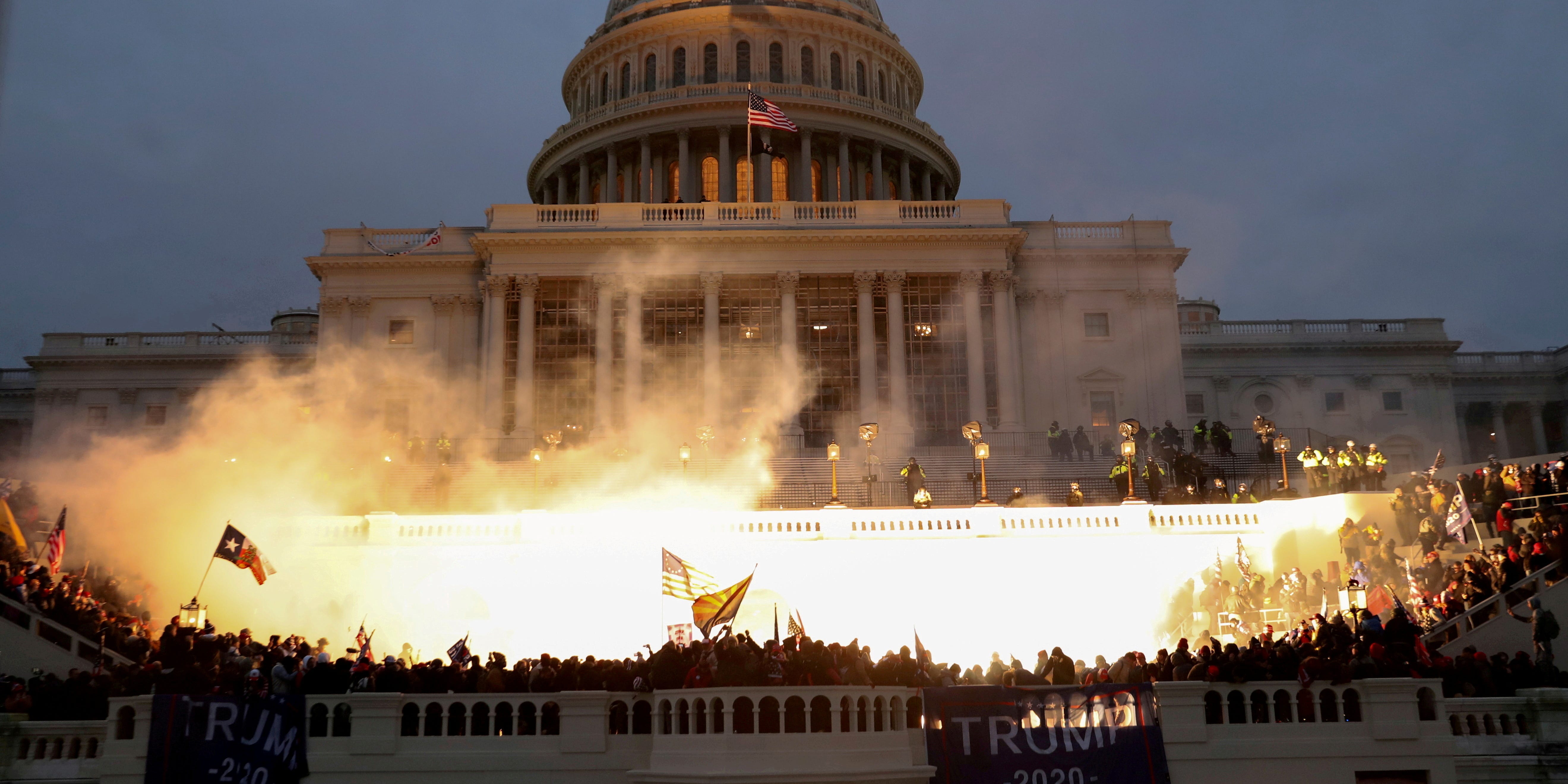 An explosion caused by a police munition is seen while supporters of U.S. President Donald Trump riot in front of the U.S. Capitol Building in Washington, U.S., January 6, 2021.

More than half of Americans believe that “events similar” to the Capitol riots are likely to occur in the near future, according to a new poll from Axios and Momentive.

The poll, which was conducted at the beginning of January 2022, showed that 57% of Americans foresee a similar attack happening again.

And more than a third of respondents — about 37% — said they’ve “lost faith in American democracy.”

Only 49% of those surveyed said they have still had faith in democracy.

Just a day before the one-year anniversary of the Capitol siege, more than 700 people have been arrested for their involvement on January 6, 2021, and more than 150 have already pleaded guilty in federal court.

The January 6 riots — led by supporters of Donald Trump who wanted to stop the certification of Joe Biden’s electoral win — left one rioter and several police officers dead in the aftermath.

A U.S. House Select Committee was formed last year to investigate the insurrection.

The select committee only contains two Republicans, Rep. Adam Kinzinger and Rep. Liz Cheney, both of whom have been shamed by their party for their involvement in the inquiry. Republicans in the House have refused to work on the investigation.