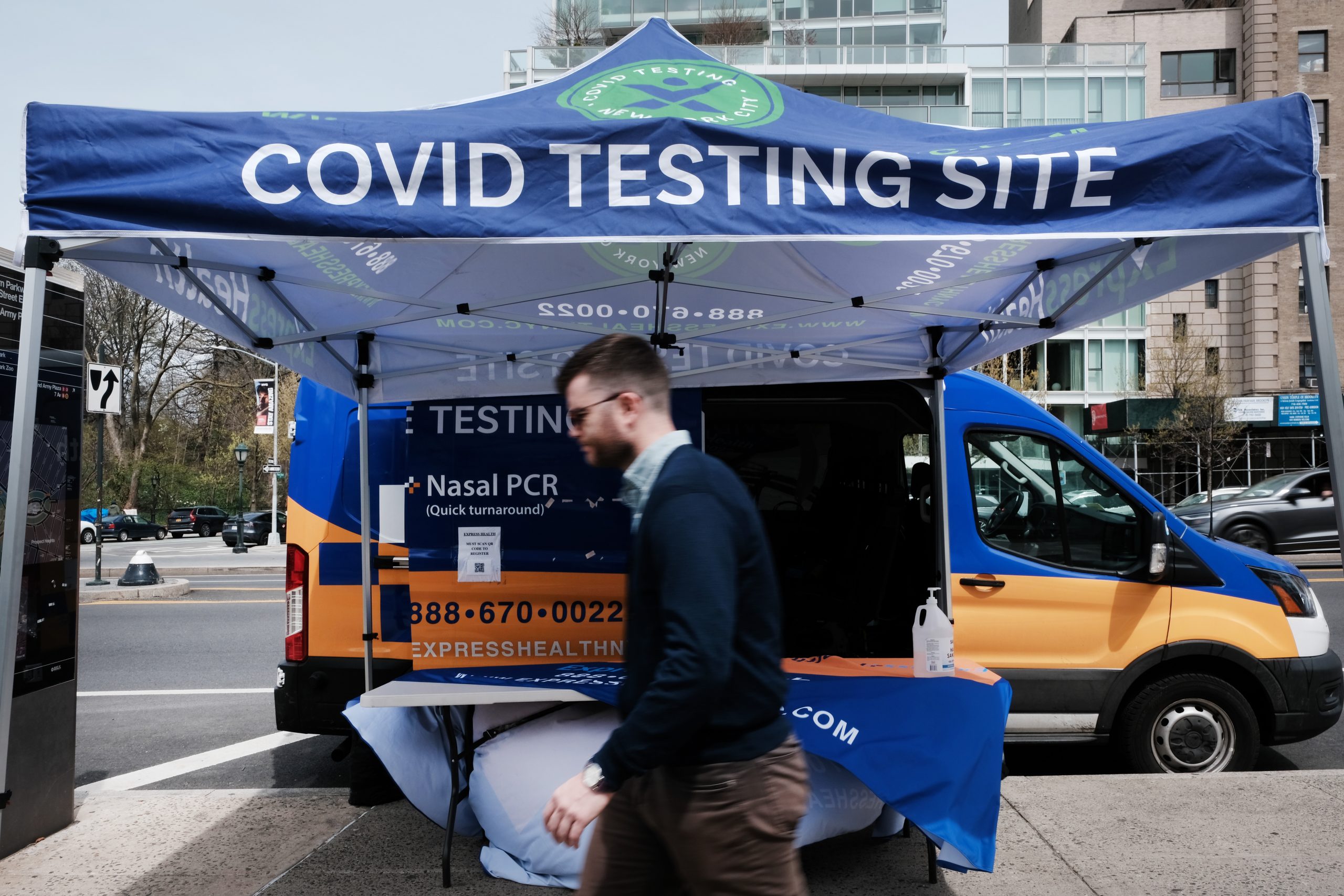 Appointments will become available shortly, the city health department said, as the city is the nation’s epicenter of the spread.

“New York absolutely needs and deserves those doses,” said White House Covid-19 Response Coordinator Ashish Jha, making a virtual appearance. “Right now, based on all the allocations we have given out, total about 65,000 doses of vaccines allocated to New York so far. That, by the way … is enough vaccines — for the first shot — for about 50 percent of the population at risk. We’re talking about people living with HIV, men who have sex with men who are eligible for PrEP. And that’s progress, but not enough.”

About 800,000 doses were filled and finished in Denmark, and FDA inspectors have signed off the shots, Jha said. He expects about half of those doses to arrive within the next few days, and the rest next week. Once inspections are completed upon arrival, allocations will be distributed to localities, Jha added.

Nationally, 191,372 doses have been distributed to localities, with New York City receiving 21,821 doses, according to data published Tuesday by the U.S. Department of Health and Human Services. Nearly 700 people have reported testing positive for monkeypox in New York City as of July 19.

The other infectious disease: Hochul shared plans to prepare for future Covid-19 surges, including a request for proposal to create a “pandemic after-action review” and to shore up immunity.

“The second booster is only approved for people who are 50 and over and 12 years old who have a weakened immune system,” Hochul said from her Manhattan office. “We are pushing the federal government to expand this. We think we’re going to be in this situation soon, because we believe this should happen and New York State stands ready to get the additional boosters out the door. There’s no shortage, but we’re waiting for the law to catch up.”

The Hochul administration intends to set up an RFP for a one-year contract, with a six-month initial report, to analyze what went well during the pandemic, what didn’t and why.

The report, which will be a first-in-the-nation analysis, aims to create best practices for future crises, the governor said. The report comes after former Gov. Andrew Cuomo was widely criticized for undercounting Covid deaths in nursing homes and cutting out state experts in the response to the pandemic.

“We want to make sure we’re intentional about this, that we have a broad scope to what we’re doing, but also to have a real blueprint that’s useful to us — that doesn’t sit on a shelf but is something we can employ day after day as we deal with the day-to-day crises but also moving forward,” Hochul said.

Still, critics said the Democratic governor should move more swiftly on the review. Republican gubernatorial candidate Rep. Lee Zeldin knocked Hochul for waiting until after the November election to release any preliminary findings.

“Why is Kathy Hochul so afraid of any more facts being released prior to the November 8th election? Because Hochul was complicit in many COVID related scandals and she knows it,” Zeldin, a Long Island congressman, said in a statement. Hochul has contended that as Cuomo’s lieutenant governor, she was not involved in Cuomo’s policy decisions.

Meanwhile, Hochul announced that the state will shore up 60 days worth of personal protective equipment heading into the fall, when surges are common around the holiday season, and 3 million Covid tests will be distributed to schools.

But she said there are no plans to return a mask mandate in schools, which was lifted earlier this year.

“We don’t currently, based on today’s numbers, anticipate the need for masks in classrooms, but I’m going to reserve the right to return this policy if the numbers change, the circumstances change and severity of illness has changed,” Hochul said.

“God forbid there’s a variant that affects kids more severely. We’ve seen a lot through this crisis. We’ve seen everything, but maybe we haven’t. That’s what we’re preparing for.”