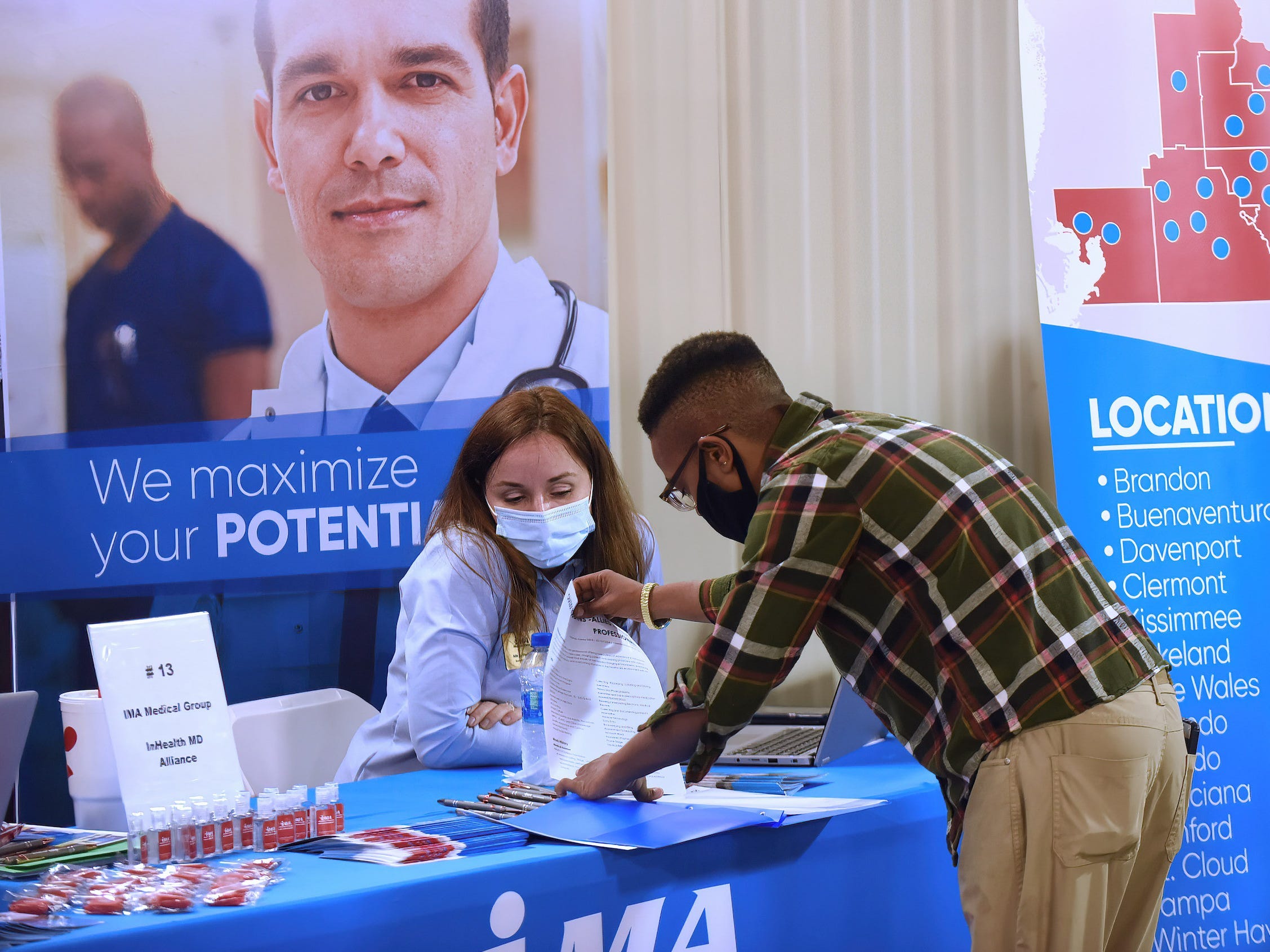 In December 2021, the US unemployment rate plummeted — for white Americans.

According to the Bureau of Labor Statistics’ most recent data release, the unemployment rate for all Americans reached 3.9%, a notable decrease from 4.2% in November. That beat economists’ estimates of a dip to 4.1%, putting the country just above the pre-pandemic unemployment rate of 3.5%.

“Basically, all of the Black women who came back to the labor force last month came back as unemployed workers,” Jasmine Tucker, the director of research at the National Women’s Law Center (NWLC), told Insider.

Meanwhile, “every other group of workers ages 20 and over experienced unemployment rate reductions last month,” according to the NWLC.

“A lot of people said to me all day, ‘disappointing job report.’ I wouldn’t necessarily describe it as that. I’d say it was a solid jobs report,” Secretary of Labor Marty Walsh told Insider. “What was disappointing, though, was the fact that the Black unemployment rate did go up.”

Black unemployment went up for “all the wrong reasons,” according to Dr. William Spriggs, the chief economist of the AFL-CIO and economics professor at Howard University. The disparity between Black workers looking for jobs and their unemployment rate could disprove the narrative of a labor shortage, Spriggs said.

“Employers are being picky,” Spriggs said. Even as employers say they struggle to hire or can’t find anyone, Spriggs noted that the unemployment rate for workers with less than a high school diploma dropped. In fact, unemployment rates for all the educational attainment levels tracked by BLS all declined last month, with those with less than a high school diploma seeing the second-largest drop behind ​high school graduates with no college degree.

“The knee jerk of economists is that Black people aren’t qualified,” Spriggs said. “If that were true, then we wouldn’t see these unemployment rates dropping for less educated workers.”

Instead, the plunging unemployment rate for workers with lower educational attainment means that employers are showing they’re willing to take a gamble and hire people they have to train.

“And yet Black people with associate degrees are still sitting around with unemployment rates greater than white people who have no education,” Spriggs said. “So you can’t tell me that you really are desperate.”

Black men specifically have historically faced the worst rates of unemployment. A study conducted by the Center for Economic and Policy Research last month said that Black men never really experience levels of “low unemployment,” and that nearly 700,000 of them are looking for work in the US.

Dr. Algernon Austin, who wrote the study, found that the US economy loses about $30 billion a year because companies aren’t hiring Black men due to racial discrimination, a practice that persists between entry-level positions and jobs requiring college degrees. Austin concluded that the economy loses an additional $20 billion per year due to the disproportionate incarceration of Black men in the US, as well as their higher mortality rate due to structural factors like lower-quality healthcare and environmental damage.

And jobs reports like December’s can showcase a wider economic impact.

“This is part of what creates the wealth gap,” Spriggs said.